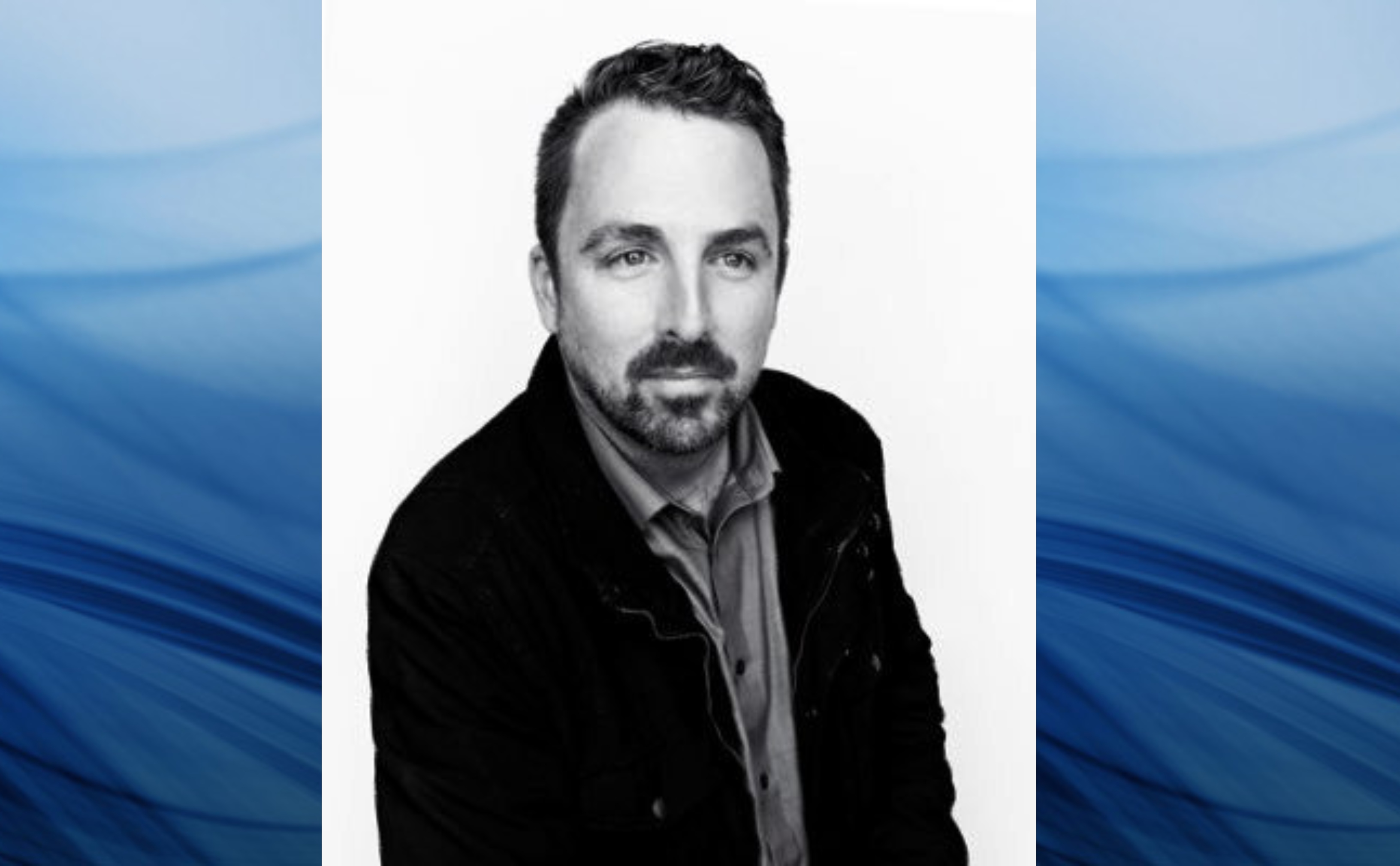 Ryan Maarschalk is the new CFO of Allied Corp. He replaces Malcolm Davidson, who has left the company to pursue other professional opportunities.

“On behalf of the board of directors, I would like extend a warm welcome to Mr. Maarshalk and also to thank Mr. Davidson for his many contributions to the Allied team,” CEO Calum Hughes said in a press release.

Maarschalk’s experience includes closing the acquisition of IMPACT Radio Accessories to private equity for $23 million, and building extraction and cultivation facilities in Las Vegas with 1933 Industries.

Maarschalk has worked with variety of companies since becoming a consulting CFO, including those in micro-mobility, wine, cannabis and real estate. He has also worked as a business valuation associate with MVI Valuations & Planning, as a senior accountant with Crowe MacKay LLP and has been a co-founder or board member of various companies over the years.

He was elected to the role during the BCREA’s annual meeting on Tuesday.

Bastiaanssen has been a Realtor with RE/MAX Kelowna-Westside since 2006 and received his managing brokers’ licence in 2013. He is a former director and president of the Okanagan Mainline Real Estate Board.

“Now more than ever, Realtors need the support of a strong provincial association working cohesively with local real estate boards,” Bastiaanssen said in a press release. “I look forward to serving the profession as BCREA’s new president and helping to provide stability and support so Realtors can continue to meet the challenges of a changing sector.”

Also elected to the board of directors today were vice-president Dan Morrison of Sotheby’s International Realty Canada, past-president Michael Trites of Royal Lepage Northstar Realty, and directors Tim Ayres of Sooke and Darren Close of Kimberley. 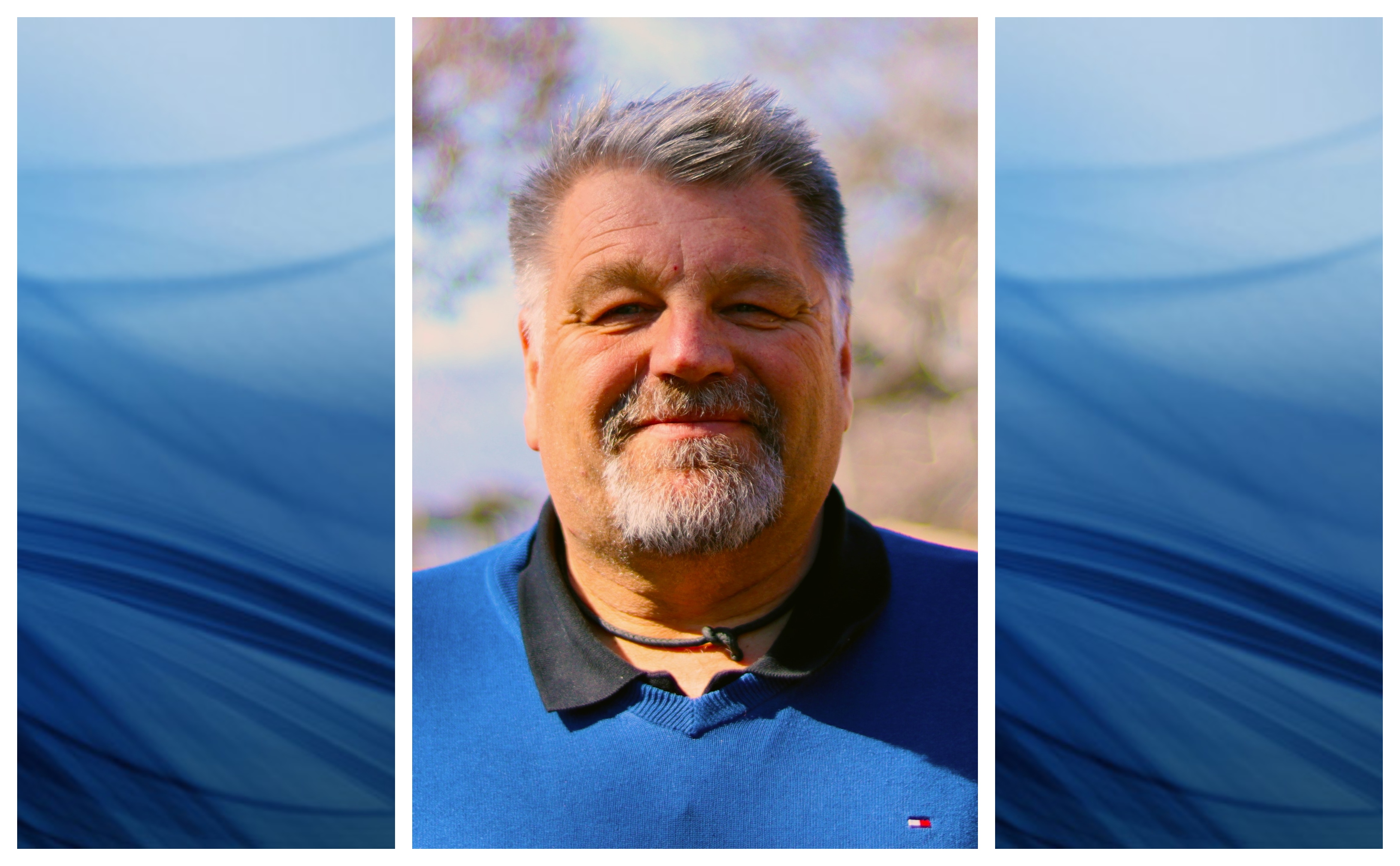 Peter Lees is the new executive director of Freedom’s Door.

Lees has decades of experience in Kelowna and in the United Kingdom when it comes to charitable societies and housing for those dealing with addiction and mental health issues. He has been at Freedom’s Door for the past two years, running the Next Steps program for the 64 residents.

Lees takes over for Trevor Moss, who left Freedom’s Door to take on the role of Central Okanagan Food Bank executive director.

As for COVID-19 preventative measures, Freedom’s Door is thoroughly cleaning its homes twice a day and social distancing has been put in place.

Freedom’s Door has postponed its annual fundraising dinner, which was scheduled to take place in April, but it will gladly accept donations during these unprecedented times. More information can be attained by emailing [email protected]

Opera Kelowna has announced it will bring on nationally renowned conductor Rosemary Thomson as interim artistic director for the 2020 summer season.

Thomson has held the position of music director and conductor with the Okanagan Symphony Orchestra since 2007 and will remain in that position.

The dual appointments present a special set of opportunities for collaboration between Opera Kelowna and the symphony.

Opera Kelowna board co-chair Allan Neilson says the company is looking forward to what Thomson can help them achieve in the Okanagan.

“We inherit a clear sense of purpose from the company’s earliest years and are excited to take this next step with Rosemary Thomson at the helm,” Neilson said.

“Our vision is to weave Opera Kelowna into the cultural fabric of the Okanagan Valley, and we plan to do that in two ways: first, by bringing renowned international artists into the valley to delight our audiences; and second, by creating phenomenal opportunities for our extraordinary local artists to be involved in the creation of world-class opera on our stages.”

Thomson has garnered an impressive reputation for her involvement with operatic organizations throughout Canada, including Tapestry Opera in Toronto, Calgary Opera and the Vancouver Opera Association.

“Rosemary brings a wealth of knowledge to Opera Kelowna through her extensive experience of mentorship and conducting of choral and operatic productions. While the Okanagan Symphony’s and Opera Kelowna’s history and backgrounds are very different, we each bring a common vision to enhance and engage our communities through live performances, accessible community programming, and artistic excellence,” board president Judy Burns said.

For tickets and further information about Opera Kelowna, visit the website. 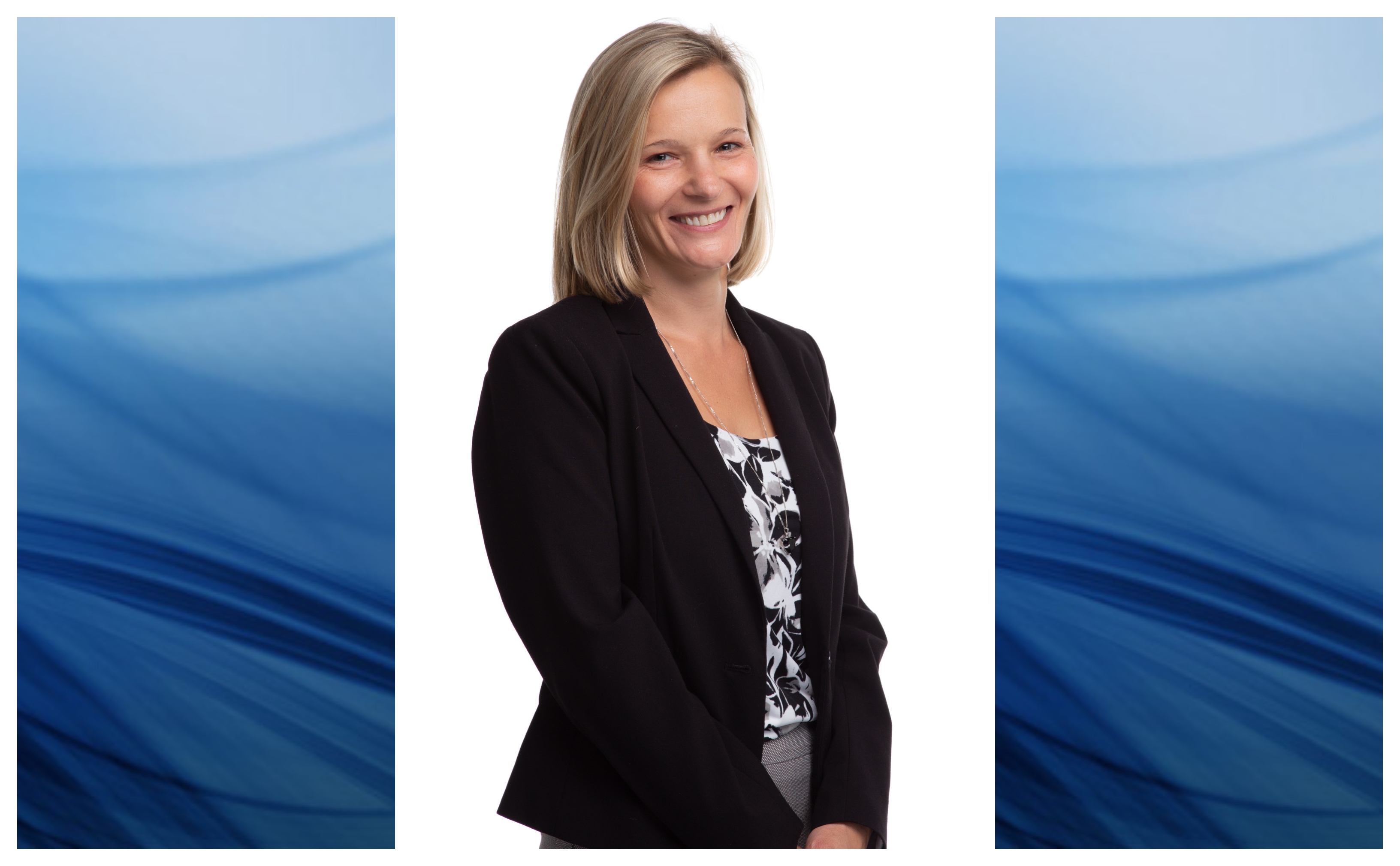 CapriCMW Insurance Services has added to its staff a risk advisor with nearly a quarter century of experience.

Lisa Jabbusch joined the fold of the Kelowna company earlier this month, and she brought with her more than 24 years of experience in the commercial insurance business. She specializes working with clients in the strata, construction and hospitality industries.

“I am honoured to be part of a company that is dedicated to insurance professionalism, technology and education for their clients as CapriCMW is,” Jabbusch said in a press release. “The team at CapriCMW has a culture of positive, friendly and focused relationships, and I look forward to working alongside this team knowing our clients can feel confident they have received professional, yet personalized, advice.” 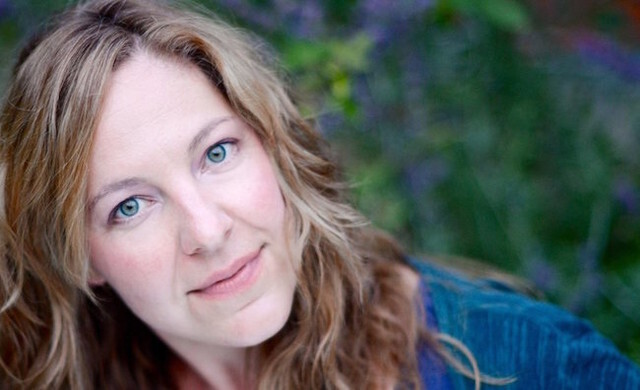 Coldstream poet Laisha Rosnau has won the 2020 Kobzar Book Award, given biennially to Canadian writers who explore the Ukranian-Canadian experience through their literature.

Her poetry collection, Our Familiar Hunger, earned her the prestigious prize.

“I was overwhelmed at the honour of the Kobzar Award, in particular, because of what it represents,” Rosnau said. “These poems are the fractured reality of trickle-down inheritance, studies of the epigenetic grief we carry and the myriad ways our grief interferes with or interprets our best attempts.”

The poems shift in time and place, moving from the Russian Revolution to the massive state-imposed famine in Ukraine to early Ukrainian immigration to Canada and prisoner camps across Canada during the First World War. The collection explores different types of hunger, whether it be for love, sexual desire or literal hunger for sustenance.

Our Familiar Hunger was also the winner of the 2019 Dorothy Livesay Poetry Prize. 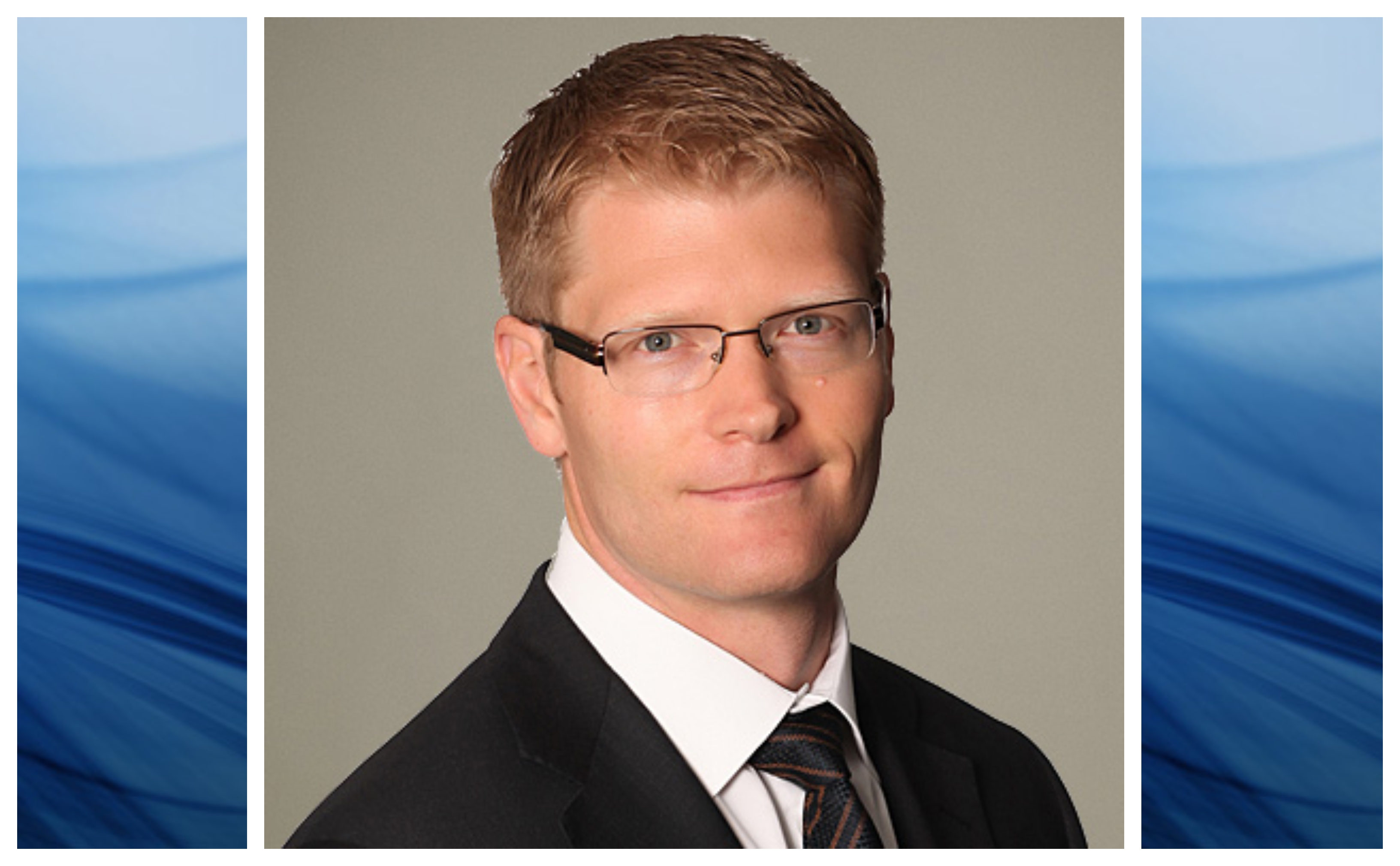 Jeff Robinson sure picked an interesting week to take over as Kelowna Chamber of Commerce president.

The partner at Rush Ihas Hardwick LLP was supposed to take the ceremonial handoff from outgoing president Nikki Csek on Wednesday during the chamber’s annual general meeting, but COVID-19 has put that—and seemingly everything else—on the back burner.

“It was always going to be a lot of work,” Robinson said earlier this week. “I’m following Nikki Csek, whose work ethic is as much as anybody’s I’ve ever met. She’s just thrown herself into the chamber and really set a great example, but also a daunting example.

“I was expecting a lot of work, and it’s going to be a challenge, but that’s what I signed up for.”

Robinson’s job as chamber president is to help fight for the business community, and there will be plenty of that required as the COVID-19 pandemic essentially shuts down many businesses for the foreseeable future.

Robinson wants all local businesses, whether they are chamber members or not, to visit bcmindreader.com to provide feedback about their current situations. He said chamber.ca is another excellent website for information, as the Canadian Chamber of Commerce has the federal government’s ear.

“We’re looking for any information about how it’s affecting business, just because we need to take that forward to government as far as recommendations for what we want to see,” Robinson said. “Government is keen to help. Nothing’s crystallized yet how they’re going to do it, but certainly we’ll be looking for stimulus that will help businesses, particularly small businesses that don’t have the cushion of the larger ones.”

Robinson’s mandate during his term will be to convince more Kelowna businesses that being a chamber member has its benefits.

“I want to see more engagement from local business,” he said. “We’re always looking to grow and get more involved. It’s a crowded field when it comes to advocacy. We’ve got one of the strongest voices, and it’s a voice that has historical authority.

“It’s more important than ever in a crowded field that we strengthen that voice and we show our members what we can do with government that other organizations don’t have that same pull or connection.” 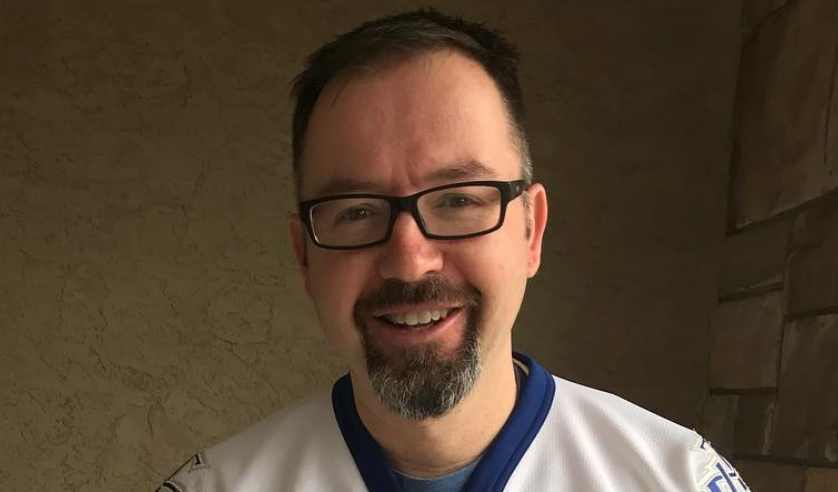 He will begin his new role on March 30.

Moss comes to the food bank from Freedom’s Door, where he spent the last few years as executive director, and he brings 21 years of leadership and administrative experience in the non-profit sector.

“We would like to also take this opportunity to extend our sincerest appreciation and thanks to Tammie Watson, who, in fulfilling the interim executive director position for the past eight months, brought her incredible skills to all aspects of the role and towards the transition of the new leadership team,” the food bank said in a press release. 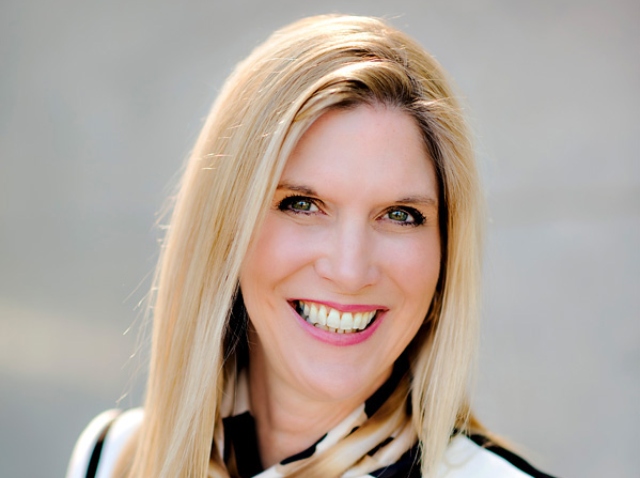 Kelowna’s Rotary Centre for the Arts has appointed Colleen Fitzpatrick as its new executive director.

Fitzpatrick is a public relations practitioner who has held senior roles in both for-profit and non-profit organizations in the public and private sectors. She comes to Kelowna from southern Ontario, where she was the convocation director, and community relations and events associate director at the University of Waterloo.

Fitzpatrick brings with her a decade of developing and showcasing visual and performing arts, and cultural programming for community engagement and education.

“I am privileged to have been selected to lead, nurture and promote the RCA and provide excellence in the arts to its membership and the community-at-large,” Fitzpatrick said in a press release. “I know what an important position the RCA holds in Kelowna’s cultural landscape.”

“The RCA is committed to supporting the discourse of quality arts and cultural programming to enrich the Kelowna community with vibrancy through artistic expression,” RCA board chair Ed McLean said. “Colleen was the outstanding candidate to lead us into the future, and we’re all looking forward to working with her.” 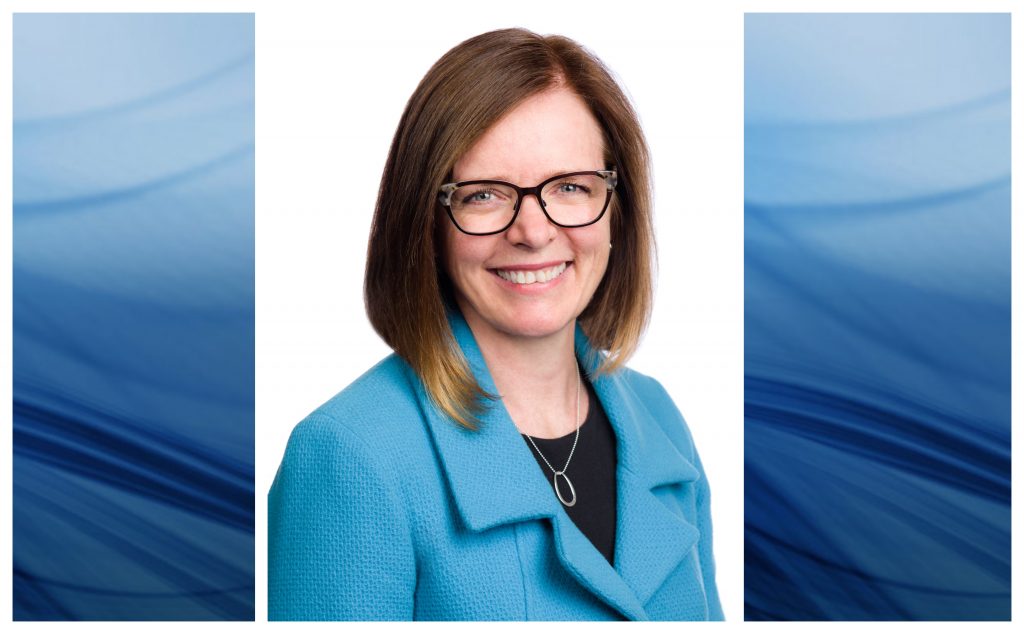 Laurel Douglas, who last month resigned from the CEO role with the Women’s Enterprise Centre, will take over the top SIDIT role on May 4.

“Laurel brings to our organization significant economic development, leadership and development lending experience,” SIDIT board chair and Armstrong Mayor Chris Pieper said in a press release. “She also brings a strong understanding of the SIDIT territory, having lived and worked in both the Thompson-Okanagan and Columbia-Kootenay regions.”

SIDIT, which is based in Kelowna, was created in 2006 to make strategic investments in sustainable development initiatives in the Southern Interior. As of one year ago, it had made $13 million in grants supporting regional initiatives, helped create more than 3,400 jobs in the region and invested almost $50 million in loans. It provides approximately 300 scholarships per year to Southern Interior post-secondary students.

Douglas spent 15 years as CEO of the WEC, bringing in $67 million worth of financing for women-led businesses. She led what is now known as Accelerate Okanagan between 1997 and 2001, and then spent several years with the National Research Council’s Industrial Research Assistance Program.

“I’m looking forward to joining SIDIT as its new CEO in early May and to working with the organization’s board, staff and partners to help SIDIT continue contributing to the economic prosperity and quality of life in our region,” Douglas said.

She will take over for Helen Patterson, who served as interim CEO and chief financial officer for the past year.