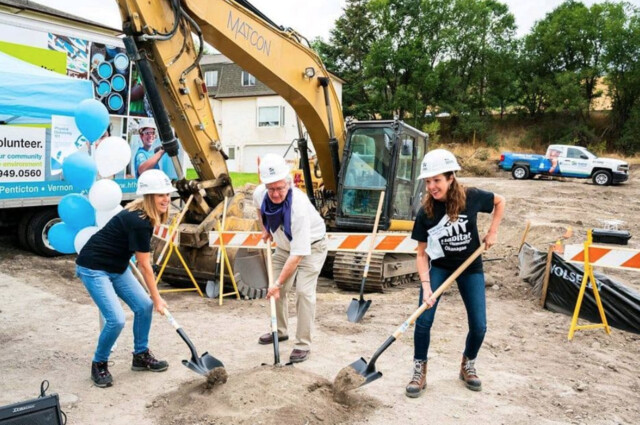 Photo: Contributed
Habitat for Humanity Okanagan workers and volunteers get to work on a recent project.

Time is running out for your chance at a huge jackpot and also to help families in need secure affordable housing.

The deadline to purchase tickets for the Habitat for Humanity Okanagan 50/50 Lottery is this Thursday (Sept. 29) at 11:59 p.m.

Tickets are available at the following purchase levels: one ticket for $10, three tickets for $25 or 10 tickets for $50. The more tickets sold, the bigger the jackpot will grow.

The winning ticket number for the jackpot will be selected by random number generation on Friday (Sept. 30) at 2 p.m.

Ticket buyers must be 19 years of age or older and be a resident in the province of B.C. to be eligible to win.

Habitat for Humanity Okanagan helps families in need of affordable housing, with draw proceeds going to support the organization’s mission of building strength, stability and self-reliance through affordable homeownership.

Habitat for Humanity Okanagan 50/50 Lottery tickets can be purchased here. 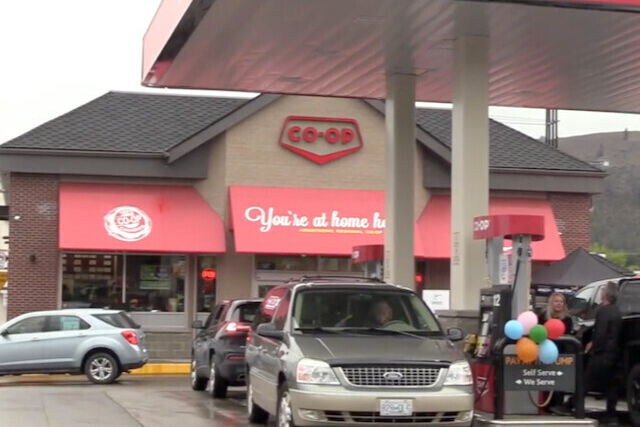 As part of its Fuel Good Day, 10 cents from every litre of gasoline and diesel purchased at all Armstrong Regional Co-op gas bars was donated to local organizations.

“The Armstrong Regional Co-op is proud to give back and get behind local initiatives that are working to address the needs of our community,” said Jason Keis, co-op marketing and sales manager.

“Thank you to our members and customers for the support you’ve shown during Co-op Fuel Good Day. Once again, it’s amazing to see what we can accomplish when we all work together.”

The total result from across Western Canada for 2022 will be released in early October and will be available online, along with a complete list of supported organizations. 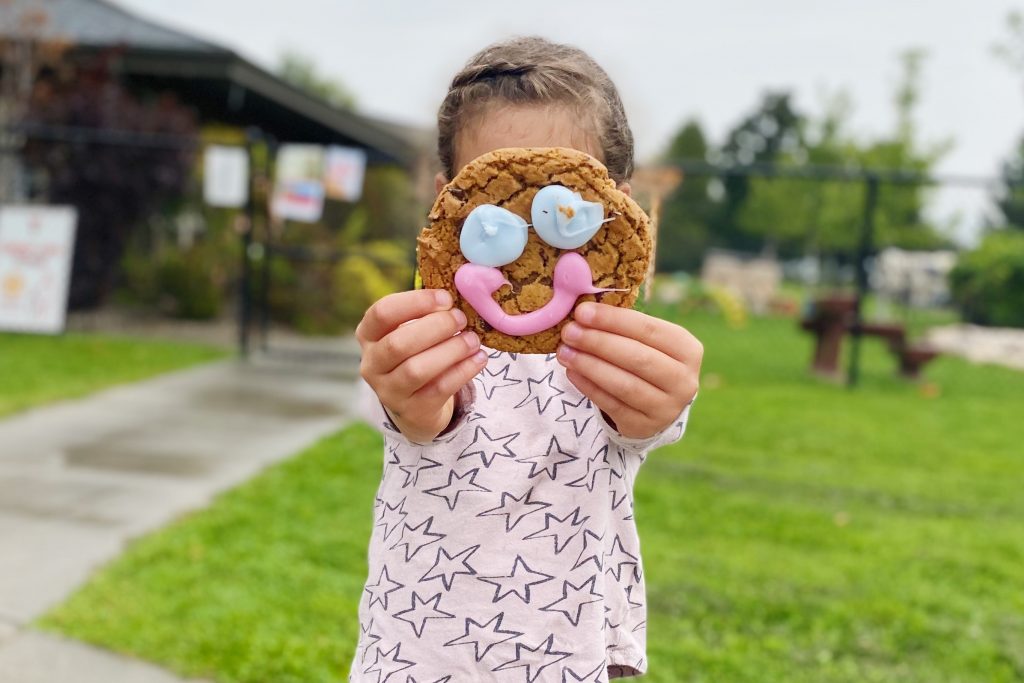 If you’re hungry and need a snack this week, make it a Smile Cookie from Tim Hortons.

That’s because the full $1 from every Smile Cookie solid in Kelowna and West Kelowna this week will support the YMCA’s Healthy Snacks program. The YMCA of Southern Interior BC is one of 665 Canadian charities, hospitals and community programs that will benefit from this year’s campaign.

The Smile Cookie campaign began in 1996 to help raise funds for the Hamilton Children’s Hospital in Ontario and has raised more than $77 million.

Tim Hortons restaurants in Kelowna and West Kelowna have been supporting the YMCA Healthy Snack Program through the Smile Cookie campaign since 2013. The donations mean more than 540 children in local YMCA programs will receive a nutritious snack every day.

“Now, more than ever, is critical that all children in our care get a daily healthy snack to help them grow and thrive,” said Kelowna’s Danielle Miranda, who serves as YMCA of Southern Interior BC’s child care general manager. “Sadly, many kids in our programs come to us hungry.

“With many families struggling even more due to the pandemic, affording nutritious food or putting regular meals on the table may be a bigger challenge for some.”

More information about the Smile Cookie campaign can be found here. 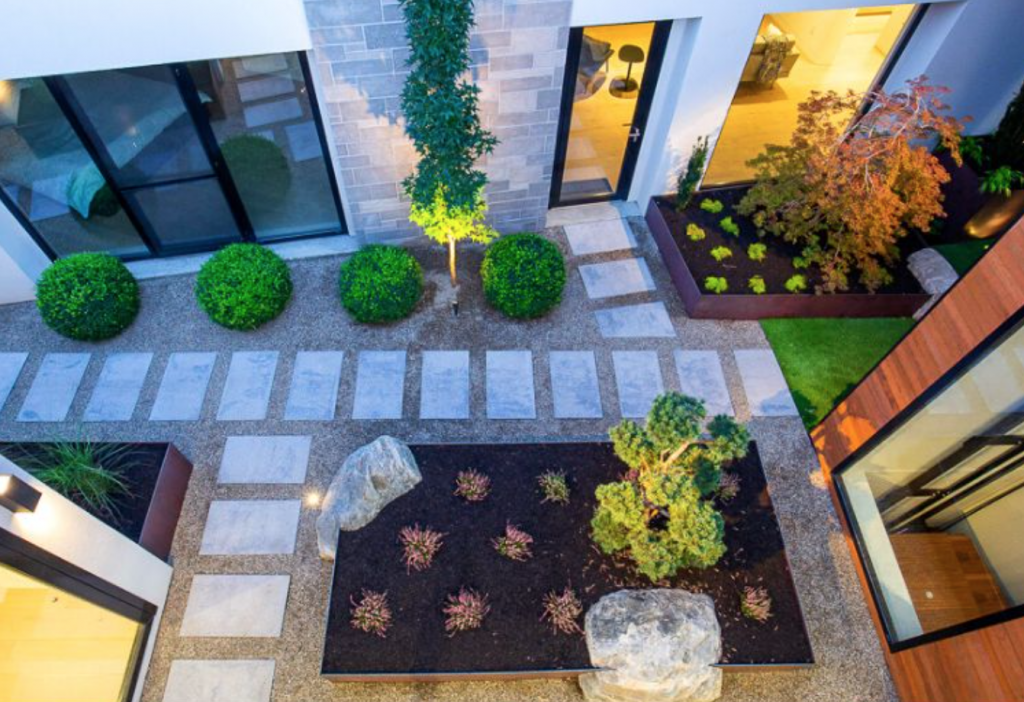 Creative Roots Landscaping employees have donated $2,500 to a Lifewater Canada, a charity whose goal is to ensure everyone has access to clean drinking water.

Employees with the Okanagan landscaping company donate an hour of their wages each week to a fund that is then given to a charity. The fund collects approximately $1,100 per month.

Creative Roots employees chose Lifewater Canada because it is one of the nation’s top charities when it comes to the impact it achieves for donors, according to an independent organization called Charity Intelligence that assesses the performance of more than 800 Canadian charities. 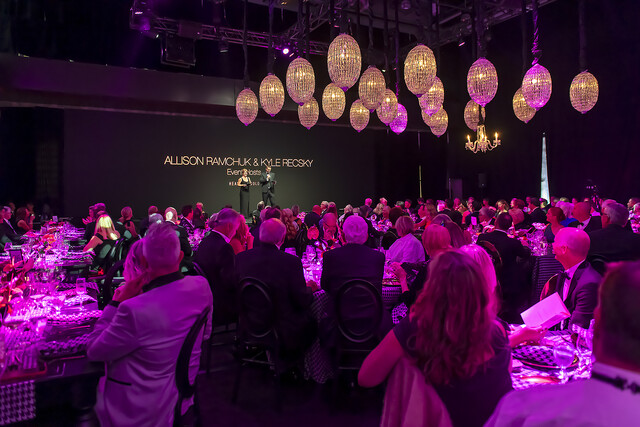 The Kelowna General Hospital Foundation’s Heart of Gold gala made a triumphant return over the weekend.

The gala took place Saturday and by the end of the evening managed to raise $1,600,001 to help establish a Centre of Excellence in Brain Health at KGH.

“It is an area of health care that is vitally important,” KGH Foundation CEO Allison Ramchuk said.

“Neurodegenerative diseases such as Parkinson’s, ALS, Alzheimer’s and dementia are devastating to those who are suffering, and their families. KGH is now home to some very bright and ambitious neurologists. We have an opportunity to establish KGH as a hub for world-class research, innovation and most critically, delivery of care close to home for those in our region who are living with, or will develop, these diseases.”

The event has been on hold for the past four years and was hosted at the new O’Rourke Family Estate Winery in Lake Country.

“It was perfect,” says Lynn Archibald, the creative director for the event for the past 14 years. “The theme this year was ‘Pushing Boundaries,’ and that is exactly what we are all doing.”

Dr. Devin Harris, executive medical director for Interior Health and an emergency physician at KGH reflected, “we have learned many things over the past two years. It’s time to support the overall sustainability of our health system, including the extraordinary people working in it, if we hope to move past the challenges we are facing.”

The gala’s title sponsor, Tom Budd, of the Thomas Alan Budd Foundation said, “In the past, giving has been my lifeline. Even as I face so much uncertainty in my own life, I hold on to faith that if we just give more than we take, we have a life worth living.”

Don’t miss your chance to own a little piece of Big White.

The ski resort is selling of a “limited number” of gondola cabins to the public.

At more than 20 years old, the gondolas are at the end of their lives as lift cabins, “but I’m sure with your imagination you can think of other wonderful things and enjoyment that they can provide in your restaurant, cabin, lobby, backyard or even at a Super Natural British Columbia retreat,” Big White vice-president Michael J. Ballingall said in a press release. “There is only one other resort in the world with gondolas like ours.”

The gondolas were created just for Big White and are designed to look like Cinderella’s carriage.

Ballingall says they are selling eight of the remaining 16 gondolas for $5,500 plus tax, with all proceeds being donated to a special B.C. charity.

“You will need to come to Big White Ski Resort with a low bed trailer, and we will load it on your trailer and use our certified tie downs to secure the gondola (with your assistance) to your trailer,” Balingall said.

The new gondola cabins are ready to go into service as soon as the weather switches into winter mode. Ballingall says the replacement value on the new cabins is just under $100,000.

Big White plans to open for the winter ski season on Nov. 24. 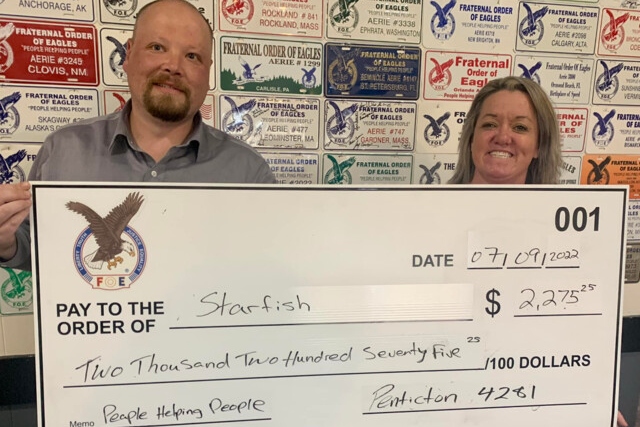 The Penticton Starfish pack project has been receiving some major donations as the school year heads into full swing.

The Rotary Club of Penticton started the Starfish Backpack Program in April 2017 as a response to teachers being concerned over local elementary school kids heading home and having to worry about where food for weekend meals would come from.

The organization shared that the latest bake sale at Two Peas In A Pod Childcare Centre was a smashing success, raising $1,460 for Starfish.

The Penticton Eagles 4281 used funds come from Eagles members and the community supporting meat draws, Friday night dinners and other initiatives for their donation of $2,275 to Starfish on Thursday. To date, the Eagles have raised $8,296.

Penticton Fountain Tire took money from flat repairs in August and gifted it to Starfish, which led to a $3,974 donation.

Starfish Chair Tracy Van Raes thanked everyone who has helped out and donated lately, making a difference in feeding kids on weekends all year long.

For September, the staff at RONA will be collecting donations at the till for Starfish as a part of the “local heroes campaign.”

Thompson Okanagan Tourism Association will be conducting its 29th annual golf tournament in mid-October in Kelowna.

The tournament will be held at Black Mountain Golf Club on Thursday, Oct. 13, but the early-bird rate is available until only this Friday.

The event will raise money for the TOTA Tourism Student Bursary Program, which assists students who attend the University of British Columbia Okanagan, Okanagan College and Thompson Rivers University.

Entrants can register as an individual or be matched with a team. The tournament also provides an opportunity for tourism stakeholders and colleagues from around the Thompson Okanagan region to enjoy refreshments, activities, networking and creating connections.

It will be a Texas scramble tournament, which means all levels of expertise are welcome. The golf will be followed by dinner, silent auction, prizes and awards.

Registration information for the golf tournament can be found here.

The Kelowna General Hospital Foundation has raised $1.7 million for mental health supports in the local community through the ‘We See You’ campaign.

“I am incredibly proud of this community for stepping up and taking action on an area of health care where we so desperately need funding right now,” KGH Foundation CEO Allison Ramchuk said in a press release. “The swiftness with which we reached our goal sends a clear message to all who are struggling right now. We see you.”

With an overwhelming demand, immediate funding has already been disbursed to community services like the Canadian Mental Health Association, with Kelowna receiving the funding needed for a family peer supporter position.

“A family peer supporter is a person who uses their own living/lived experience to help others. They know what it’s like to be a parent of a young person who is experiencing mental health and/or substance use challenges and trying to navigate the system for help,” CMHA Kelowna CEO Mike Gawliuk said.

“This [funding] will allow us to provide families, parents, and caregivers direct, on-site assistance through individualized peer-based practical, emotional, and social supports. The role adds another layer of support that will empower and inform parents as they work through the issues the young people in their lives are facing.”

Some money raised will also go towards funding Kelowna’s Child Advocacy Centre with more resources for upstream support for children who have experienced abuse and criminal trauma. 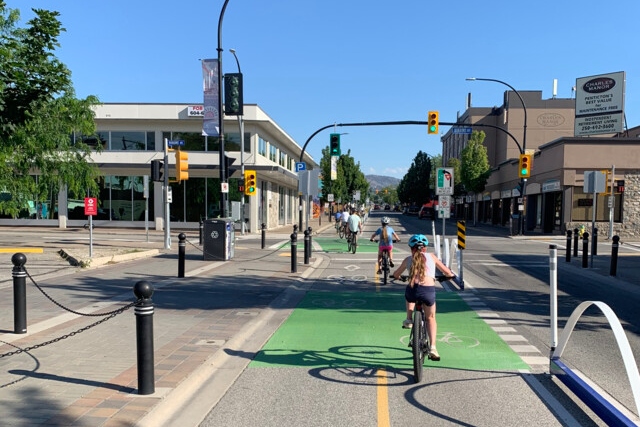 An anonymous philanthropic family has teamed up with Penticton and Area Cycling Association, and two bike shops to make sure five deserving local kids had great new bikes and riding gear.

The kids were selected to participate in a free five-week program that saw them fitted for new Trek Marlin hardtail mountain bikes, courtesy of the Bike Barn.

“After they had their bikes, which they didn’t yet know were theirs to keep, they were teamed up with a coach from Freedom Bike Shop. The next four weeks had them adventuring out on their bikes learning fresh new skills and exploring some of the awesome places you can go on your bike in Penticton,” PACA past president Laura Harp said in a news release.

The kids explored the BMX track behind Munson Mountain to learn some tips from the experts, went on a four-kilometre ride on the KVR to the pumptrack and spent time in the workshop to learn about properly maintaining and fixing their bikes.

“Their final session had the kids ride up to the waterfall behind the water treatment plant at the top of Penticton Avenue,” Harp said. “The finale ended at Tickleberry’s on Main for ice cream and the big surprise … those sweet bikes you’ve been riding … well, that’s your new bike!”

This is the fifth year that PACA has been able to run the program. PACA, the donor family, the Bike Barn and Freedom Bike Shop all join together to make the vision happen.

Find out more about the Penticton and Area Cycling Association online here.

All Get Involved Stories 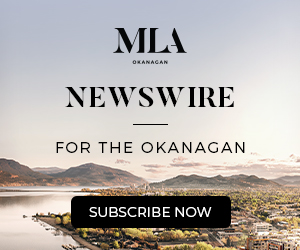