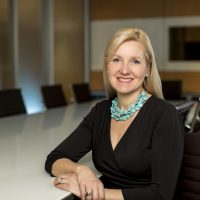 “Probate” is the legal process whereby the will of a deceased person is “proved” in a court and accepted as a valid last testament of the deceased. In British Columbia the need for probate is essentially determined by the policy of the institution which holds an asset that’s part of the deceased’s estate. By granting […] 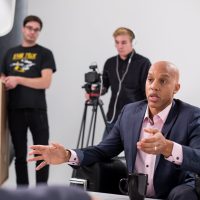 A Kelowna-based television show will make its small-screen debut on Bloomberg TV Canada Jan. 28. “Biz 1 on 1” sees host Randy Lennon sit down with Canadian entrepreneurs to pick their brains and get the stories from the front lines of their businesses. “Two of my passions in life are entrepreneurship and television. “Biz 1 […]

More than half a million dollars in bursaries has so far gone unclaimed. And the deadline to get in on the action is just two weeks away. Interior Savings Credit Union made a pledge to hand out $1 million in bursaries during the past 12 months. Last year, 232 students from Kelowna were helped with their […]

NewLeaf Travel Company made a splash when it hit the Canadian airline market in the mid-summer of last year. Using planes and crew from their Kelowna-based partner Flair Airlines, NewLeaf offered discount ticket prices for flights across Canada, skipping many traditional airline amenities to keep prices lower. Now, less than six months after the first plane left the […] 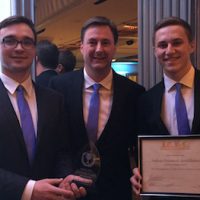 A pair of Vernon locals had a strong showing last week at Canada’s longest-running undergraduate business case competition. Okanagan College business students Jared Hubner and Anthony Peterson finished second in the Management of Information Systems category at the Inter-Collegiate Business Competition, held at Queen’s University in Kingston. Coming in just behind a strong team from […] 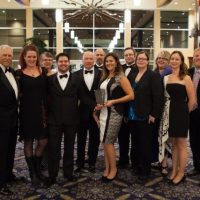 A Penticton business that encourages people to come out and play, which also has a reputation for giving back to the community, was the recipient of a Chamber of Commerce excellence award in October. Lake City Casinos received the Penticton, “Business of the Year” award. “Obviously we were thrilled to be recognized in this way […]

Cedar Creek Estate Winery turns 30 years old this year, and it’s marking the occasion with a full year of free tastings. On the 30th of each month, stop by the winery’s tasting room for a free tasting, paired with some “delicious” goodies. “It’s just one way we’ll be saying thank you for 30 great […]

Patrick La Forge, the former president of the Edmonton Oilers and COO of the Oilers Entertainment Group, has taken an executive position with Kelowna-based company Getintheloop. La Forge spent years in the senior positions in sport, entertainment and beverage industries, and is known for his role helping produce the first ever NHL Heritage Classic outdoor […]

What started as a hot-tub conversation pipe dream has turned into an international success story with two Kelowna brothers now running one of the most popular surf resorts in Nicaragua. When Castanet first introduced you to Lucas Boychuk and Travis Boychuk, they were new on the scene in Nicaragua putting the finishing touches on their […]