A local RV dealership has reached its 35th anniversary mission despite having to complete it during a global pandemic. Voyager RV Centre, which opened in Lake Country in 1989, wanted to raise $100,000 for local charities to celebrate its 35th birthday in 2019. It finally reached its target recently when it presented a $14,385 cheque […] 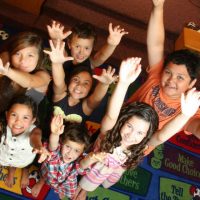 Okanagan BrainTrust wants parents to know that their children are eligible to receive supports through BrainTrust Canada’s youth concussion clinic if they suffer a head injury. The clinic is a medically supervised approach to assisting children and young adults between five and 25 heal safely from a concussion so they can return to the sports, […] 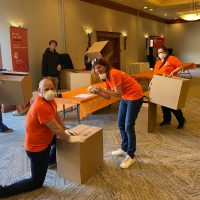 The Southern Interior BC chapter of the United Way has come through in a big way to help those affected by the COVID-19 pandemic. The United Way SIBC has invested more than $1.3 million to nearly 100 charities in the last few months. The organization launched and distributed the COVID-19 Relief and Recovery Fund in […] 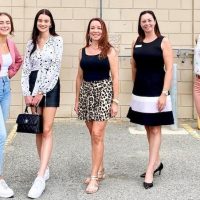 The Kelowna Women’s Shelter has been gifted $100,000 from the Stober Foundation to support essential workers in the community. The donation will help provide critical services to victims of domestic abuse by allowing the hire of additional frontline workers at the shelter. This year marks the 40th anniversary of the Kelowna Women’s Shelter. Over those 40 years, […] 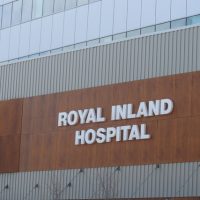 A long-time local company is helping Royal Inland Hospital set up its new patient tower with a $250,000 donation. The Charles family, which founded the Arrow Transportation Systems, is making the donation on behalf of the Arrow group and its employees, according to a press release from the Royal Inland Hospital Foundation. “More than 350 Arrow employees […] 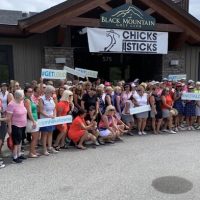 The fourth annual Chicks With Sticks golf tournament may have switched up its model, but the fundraising efforts hit a record-breaking number, despite the pandemic. The fundraiser donated $36,000 to Foundry Kelowna in support to youth mental health. “We broke our record of last year of $26,100 and even surpassed our goal of $30,000, which was set […] 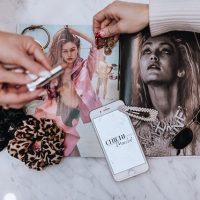 Two local women have launched an event to benefit not only local businesses, but also provide for the women’s shelter in Kelowna. Carly Malchuk, founder of Daily Digital Social Culture, has partnered with local influencer Alana Denham to launch ChiChi Marche. The event allows women to buy primarily local products in a grab bag worth over $150 […] 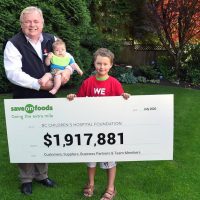 Save-On-Foods has raised nearly $2 million for the BC Children’s Hospital Foundation over the last 12 months. Company president Darrell Jones recently signed a cheque worth more than $1.9 million for the foundation instead of presenting it during the Miracle Weekend telethon, which was cancelled due to the COVID-19 pandemic. The money was raised through […] 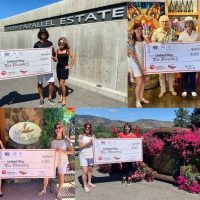 Okanagan wineries teamed up to raise $10,000 for COVID relief. Frequent Pour Fine Wine Merchants and four of its generous community-spirited winery partners managed to raise $10,000 for United Way’s COVID Relief Fund last week. The promotion ran for three months in local liquor stores with $1 from every wine purchase going towards the program. […] 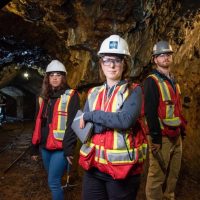 The Association for Mineral Exploration has donated $100,000 to Food Banks BC in an effort to help those facing troubles due to COVID-19. More than 50 donations, both from individuals and corporations, were received after the initiative was launched in early June. Participants were asked to share their favourite mining meal memory on social media […]