Now that the West Kelowna Warriors are staying put, the focus has turned to enticing a fan base that has failed to average 1,000 fans a game over the past four seasons. The lack of solid support, despite a national championship 12 months ago, prompted owner Mark Cheyne to investigate selling the team that has played […]

WorkBC set up shop at the Coast Capri Hotel hoping to find eager people ready to enter the hospitality and tourism industry. Job developer Colin Dolson said the WorkBC job fair provides both the employer and potential employee the opportunity to properly promote themselves. “A resume is a good representation, but great as far as displaying who a […]

Is Hector’s still Hector’s without Hector? A popular Kelowna restaurant owner retired earlier this year, leaving his family-run restaurant, Hector’s Casa, under new management. But Hector’s new owner, “Paco” Merinero, says fans need not be concerned with the changing of the guard. “Everything is the same, it’s just a change of administration,” Merinero says. “It’s […] 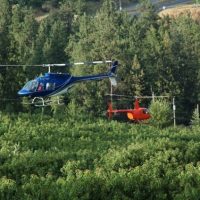 Complaints from Lavington residents about noisy modern farming practices has prompted Coldstream council to call for a new study and a meeting with the province’s agriculture minister. Helicopters and wind machines have become normal practice in cherry orchards to protect the cash crop from damage, but the noise created by them is unwelcome to nearby […] 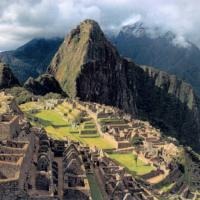 The Flight Centre at Orchard Park mall is hosting an “Adventure Travel” event next week, featuring exclusive promotions, door prizes and refreshments. The event is a platform for anyone interested to learning everything they wish to know about adventure travel – vacations that feature activities like hiking, biking, kayaking in interesting destinations. Tour company G […] 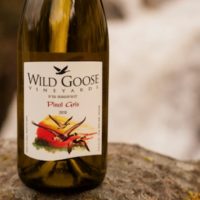 A 2016 Pinot Gris from an Okanagan Falls winery has topped more than 900 entries to win at a the Cascadia Wine competition. Wild Goose Vineyards took top honours with Best in Class, Best White Wine and the ultimate prize of Best in Show. Eight gold medals were awarded to Wild Goose wines including three […]

B.C. NDP Leader John Horgan made a stop in Penticton at Maple Leaf Spirits on Tuesday to announce his government’s support for B.C. agriculture. He also blasted the Liberals, saying they have left the craft beverage industry to fend for itself. Horgan says the NDP will bring back the Buy B.C. program, to encourage the use […]

Kelowna’s Canoe Coffee Roasters has opened its first permanent location – sort of. Fans of the speciality coffee company know if for its little white trailer, which is parked each week at Kelowna’s farmer’s market. However, as of this week coffee lovers can now visit the trailer on off-market days, at the new space Owner […] 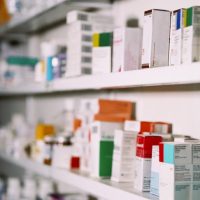 If your pharmacist asks you to spit into a tube next time you pick up a prescription, don’t be alarmed. Several Okanagan pharmacies are taking part in a research study that’s aiming to use patient DNA to help prescribe medication more effectively. Patients in B.C. who agree to take part in the “Genomics for Precision […]