The Canadian Home Builders’ Association of BC announced its 2021 Georgie Awards nominees this week, and there are 17 projects in the Thompson Okanagan that are up for province-wide honours that celebrate excellence in home building and renovation in the residential construction industry. Kelowna’s Frame Custom Homes leads the way with four nominations, while Harmony […]

You can’t go out to wine tasting events and celebrations, so the wine industry is bringing the party to your front door. The Kelowna-based BC Wine, Cider & Spirits Festival is obviously prevented from conducting any events during the province’s health orders that limit crowd sizes, so it has created thebasket.com. It is a subscription-based […] 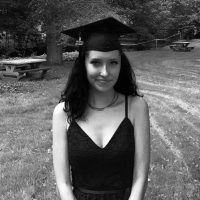 Aja Zenuik is one of more than 2,000 Okanagan College students who will graduate during the institution’s first online convocation ceremony on Saturday. The Okanagan Falls resident completed the esthetics and nail technology certificate program at the college, and she is already working in the industry at a salon in her hometown. “I find that […]

Thanks to financial assistance from the B.C. government, Focus College is offering free enrolment in three upcoming programs. The college, which has a campus in Kelowna’s Landmark District, is offering free enrolment into the following programs: accounting assistant, office management and software development. All classes will be provided virtually and will start on March 1. […] 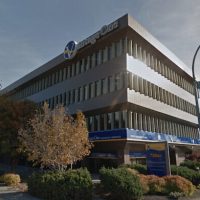 The MoveUp union says it has reached a tentative agreement with Vernon’s VantageOne Credit Union. Thirty-four unionized staff began strike action Dec. 14 after contract negotiations broke down. They paused the picketing over the Christmas season and recently began mediation. The tentative agreement would provide a new collective agreement for workers at two unionized branches […]

A new ride hailing service has been approved for several markets around B.C., including Kelowna. In a recent decision, the Passenger Transportation Board approved an application for Ontario-based Uride to operate in the select regions of the province. According to the company’s website, it will be operating in Kelowna, Victoria, Nanaimo and Prince George. The […] 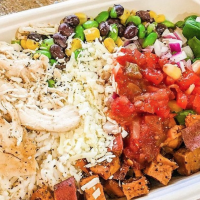 The British Columbia Restaurant and Foodservices Association has partnered with a pair of B.C. food delivery businesses in an effort to prevent the hospitality industry from spending too much money on commission fees. The BCRFA is teaming up with Moduurn and Tutti, which are both based in Victoria and charge between 10% and 15% on […]

Three major players in the Central Okanagan have joined forces to highlight the region’s economic and tourism opportunities. Central Okanagan Economic Development Commission, Tourism Kelowna and Accelerate Okanagan have teamed up to create OKGo, a campaign that will tell the stories of innovators and entrepreneurs in key business sectors. The hope is it will position […] 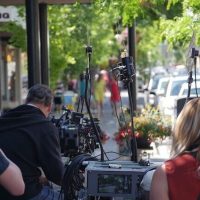 The Okanagan Film Commission says the pandemic has provided a boon for the local film industry, and anticipates attracting even bigger films and stars to the region soon. Jon Summerland, chair of the film commission, gave his yearly update to the Regional District of Okanagan Similkameen board Thursday, explaining how the Okanagan became a hot […] 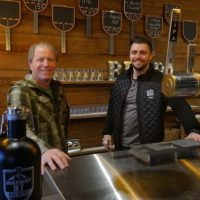 Highway 97 Brewing has an official thumbs up from Penticton city council to move forward with their plans to take over the former Mile Zero bar on Ellis Street. The brewery decided to move from its current spot across from the South Okanagan Events Centre back in the spring of 2020, making an accepted purchase offer on […]