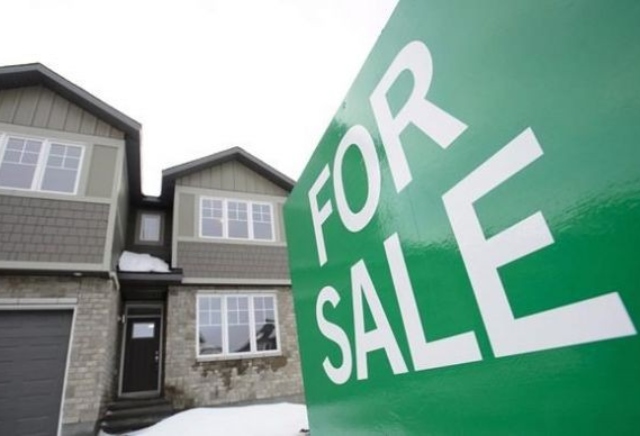 The benchmark price for a single-family home in the Central Okanagan is back up to seven figures.

After spending two months under the $1 million mark, the benchmark jumped to $1,013,800 in November, according to statistics released Monday by Association of Interior Realtors.

The benchmark price has now jumped 3.3% over the last two months after spending May through September going downward.

The number of sales across the entire AIR region in November dipped 15.6% from October and is nearly half of what was sold during the feeding frenzy of November 2021.

“Although the numbers seem far below what we have become accustomed to, comparing sales from this year to last year would be like comparing apples to oranges,” AIR president Lyndi Cruickshank said. “Comparing to a typical seasonal pre-pandemic November would represent a more accurate comparison over the frenzied market over the last few years, which would show that we are currently not that far off from an average November.”

The single-family benchmark in the North Okanagan dropped for the sixth consecutive month and has fallen nearly $100,000 during that span. The benchmark is now $710,200 after hitting a high of $807,600 in May.

The townhome benchmark in the Central Okanagan decreased for the fourth consecutive month, checking in at $756,900, but the region’s apartment/condo benchmark increased 4.2% to $511,200 from October to November.

There are nearly twice as many active listings across the AIR region than there was 12 months ago, which is one of the reasons why prices are down. There were 862 single-family homes on the market in the Central Okanagan last month compared to just 354 in November 2021.

“While it’s great to see that the number of active listings is higher than it has been for a long time, the market remains tight as new inventory seems to be flattening,” Cruickshank said.

“This is not unusual for this time of year as sellers hold off on listing while they are enjoying the holiday season.” 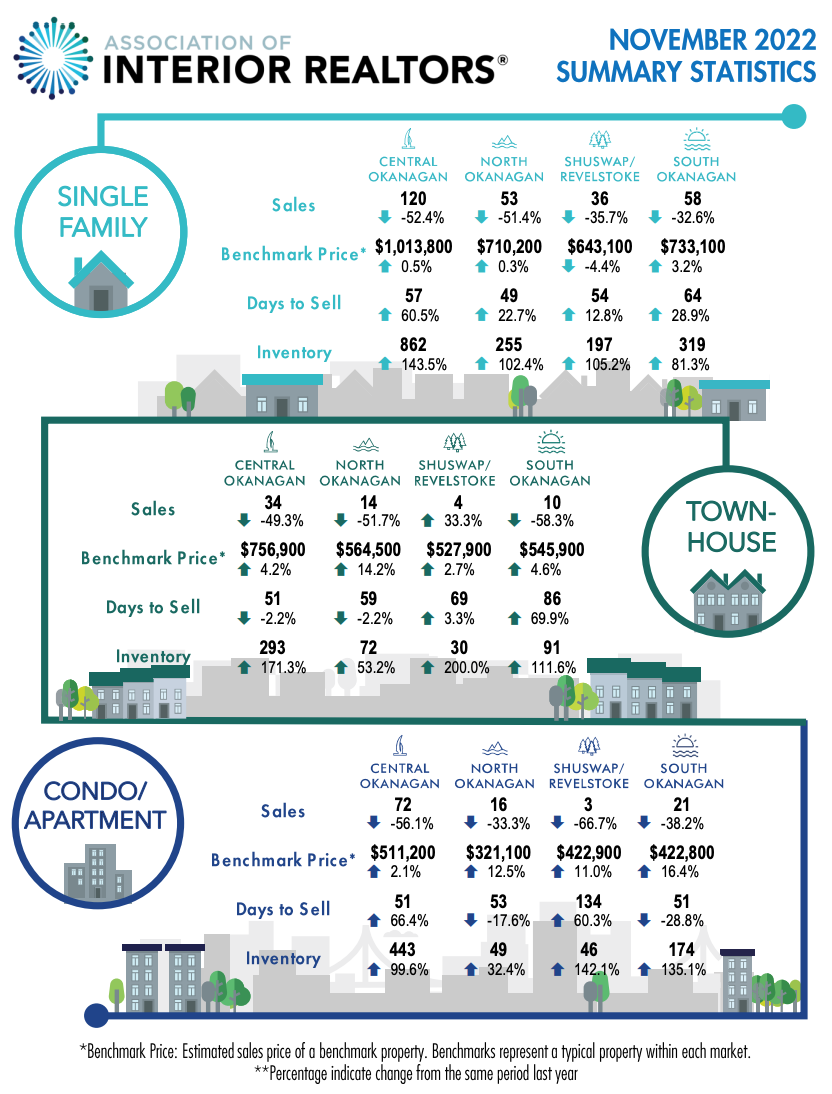