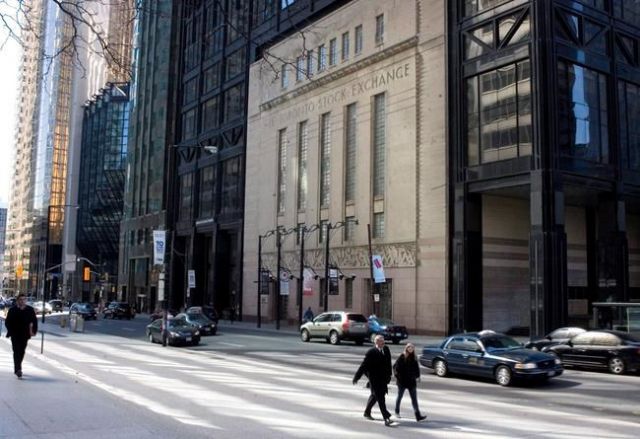 TORONTO — Optimism on a potential moderation in rate hikes helped boost growth sectors like technology on Canada’s main stock index Wednesday and more than offset losses on the energy side as oil prices fell.

Markets, which have performed well over the month, have also been boosted by the U.S. midterms being over, said Utarid.

“A lot of the recent rise in November is the stability from the election that has come out so we kind of know what’s happening in the offices.”

The energy sector retreated as oil prices remain under pressure. The January crude oil contract was down US$3.01 at US$77.94 per barrel, down from over US$90 a barrel at the start of the month.

Oil was down Wednesday as talks continued about G7 countries instituting a price cap on Russian oil. The January natural gas contract was up 30 cents at US$7.71 per mmBTU, up over a dollar from the start of November as winter heating demand rises.

The talk of slowing rate hikes by the Federal Reserve put some pressure on the U.S. dollar, said Utarid, which helped the Canadian dollar notch a slight gain despite lower oil prices. The loonie traded for 74.67 cents US compared with 74.65 cents US on Tuesday.