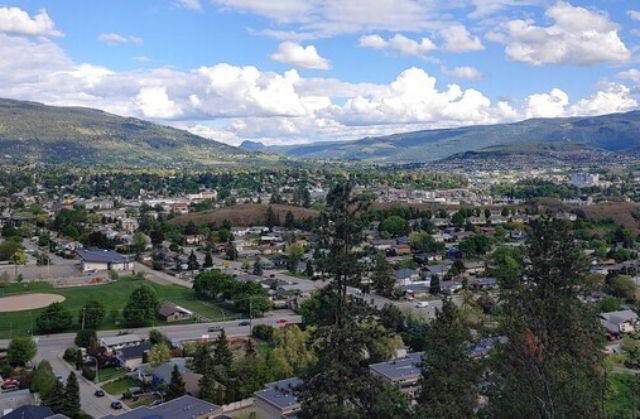 The Downtown Vernon Association is hoping more members will take advantage of grant money available for installation of security cameras.

Executive director Keelan Murtagh said the DVA has funds remaining from a City of Vernon grant that must be used by the end of the year.

Murtagh said the first year of the program had the $20,000 snapped up, and the business organization received another $20,000 this year. The grant fund will pay for half the cost of a security camera installation, up to $1,500.

“We need to identify a few more locations for security cams,” Murtagh said. “The grant money went really quickly last year, and we successfully lobbied for another round for 2022.”

However, he says the program is “a bit undersubscribed” this year, and there is room for a few more applicants.

“We want to get the message out that it is still available,” he said.

Still, crime remains a problem voiced by many in the business community, and Murtagh said the DVA recommends the use of window roll shutters along with security cams.

“The grant ends at the end of the year, so we want to encourage people to sign up ASAP,” he said.

He said there has been an increasing number of incidents since the opening of an Interior Health urgent care centre just around the corner last year.

He said aside from people sheltering behind the building, his recycling bin has been set on fire, windows have been smashed, and there has been other vandalism.

“It’s just been an overall degradation of conditions on the street,” he said, but Shortt did give credit to the city for its upgrade of 28th Avenue, including new sidewalks, over the past couple of years.

He said he’s contacted city bylaw officers “four or five times” over the past year over conditions in the area.

“This stuff just isn’t OK,” he said, noting there are frequently people sleeping on the sidewalk.

Across the downtown, Brian Quiring at MQN architects on 32nd Avenue said he took advantage of the camera grant last year and has seen a noticeable improvement since.

“The situation was pretty bad before,” Quiring said. “We had people cutting the chain link fence to get in to the parkade,” and there were thefts from vehicles.

“It made a big difference; I’m surprised how well it worked,” Quiring said Monday.

Signage also went up on the building alerting would-be law-breakers they are on camera.

“We haven’t had any vandalism since then,” he said.