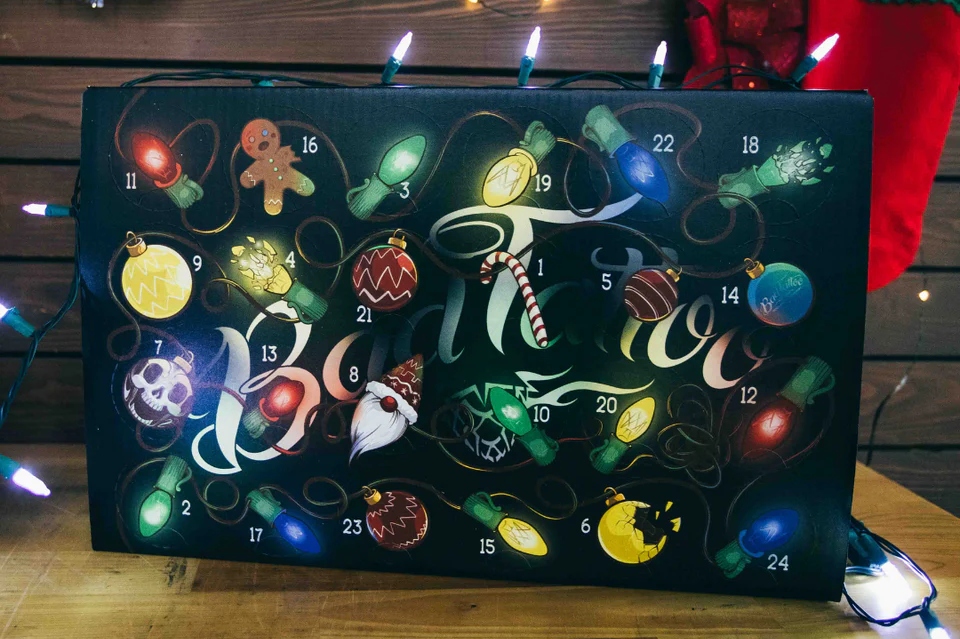 The holiday season is quickly approaching, so you know what that means.

Bad Tattoo Brewing Company is back again with its third annual beer advent calendar, which is available now more than it has ever been. For the first time since Bad Tattoo started offering the calendar in 2020, it is now available in both private and government-operated liquor stores—as well as at the Bad Tattoo locations in Kelowna and Penticton.

The concept is simple. You buy a beer advent calendar, which comes with two cans of 12 unique brews, and you enjoy them during each of the first 24 days of December.

There are few better ways to get into the holiday spirit.

It has proved so popular there is no stopping the beer advent calendar now.

“Demand built up each year, which was pretty awesome,” Agur says. “This year we kind of upped our game to make it a staple, and we’re thinking we’ll probably do it again next year.”

It is logistically difficult for a brewery to make 12 unique beers around the same time of year, but Agur and his team were able to get it done. This year’s calendar features a wide range of offerings, from dark beer to lagers to IPAs. There were quite a few sours in last year’s calendar, but Agur says there are none this year.

“There’s something for everyone,” says Agur, who notes Bad Tattoo’s popular peanut butter chocolate porter and other award-winning tallboys made it into this year’s calendar.

Agur and his team produced approximately 2,000 calendars, which can also be purchased at the aforementioned locations, on the beer advent calendar home page or by emailing the brewery at [email protected].

“It was all hands on deck,” Agur says. “Almost all of our staff were in here packing advent calendars on any one of the days. It took us a week to build and put together, and almost every single one of our employees helped build. It was a fun team building project.”

And now you can enjoy the fruits of their labour.