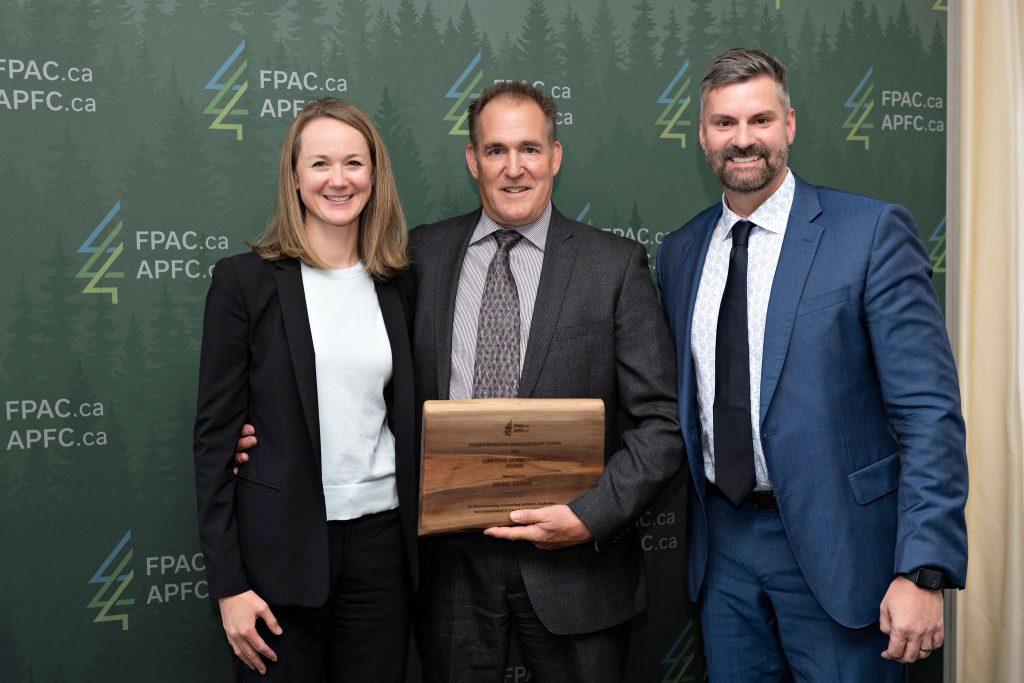 A pair of Okanagan forestry companies were honoured this week with national awards from the Forest Products Association of Canada.

This is National Forest Week, so FPAC handed out its annual Awards of Excellence, which recognize people across Canada who have made exceptional contributions to the forest sector and to forestry communities.

One of the those winners was Coldstream’s Mark Tamas, who was honoured with an FPAC Lifetime Achievement Award. Tamas, who recently retired after 32 years with Tolko and its predecessor companies, was everything from logging supervisor to planning forester to Woodlands manager. He also represented Tolko in three provinces with the federal government on matters relating to sustainable forestry.

“It is humbling to be recognized by your peers for work you truly enjoy doing,” Tamas said in a press release. “I am truly grateful for the years of mentorship and guidance I received from my employers and work colleagues. Working for Tolko and the Thorlakson family has been an honour.”

The other winner this week was West Kelowna’s Ntityix Resources LP, which captured the FPAC-Canadian Council for Aboriginal Business Indigenous Business Leadership Award. General manager Dave Gill accepted the award in Ottawa on behalf of the company.

“The forest products sector works in partnership with over 1,400 Indigenous-owned businesses, each of which are critical partners in advancing forest health and economic prosperity in our forestry communities,” FPAC president and CEO Derek Nighbor said in a press release. “The Indigenous Business Leadership Award provides FPAC and CCAB with the opportunity to highlight the great work being done in these communities and showcase how Indigenous business leaders like Ntityix Resources LP are driving environmental, economic and social opportunities across the country.” 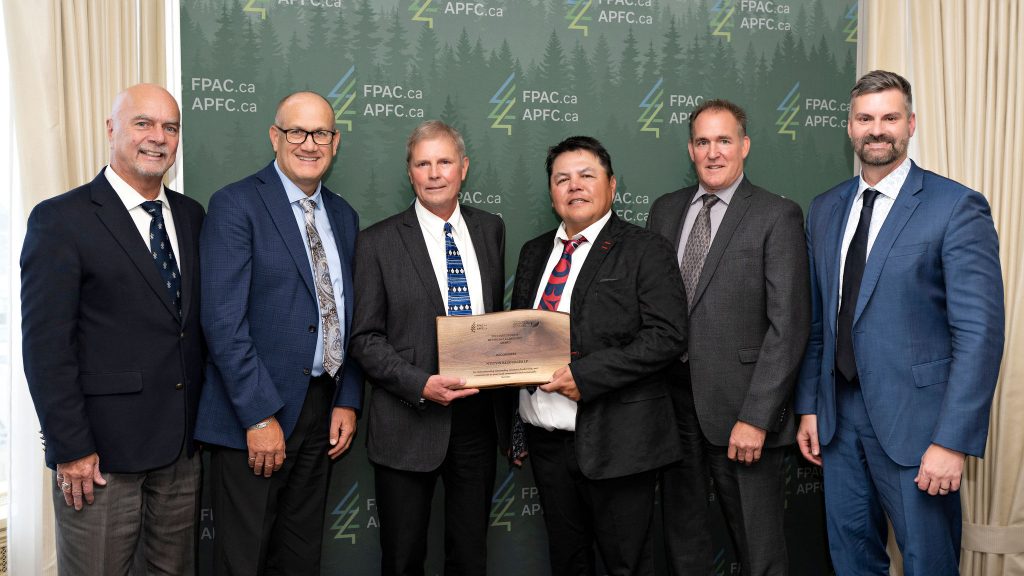