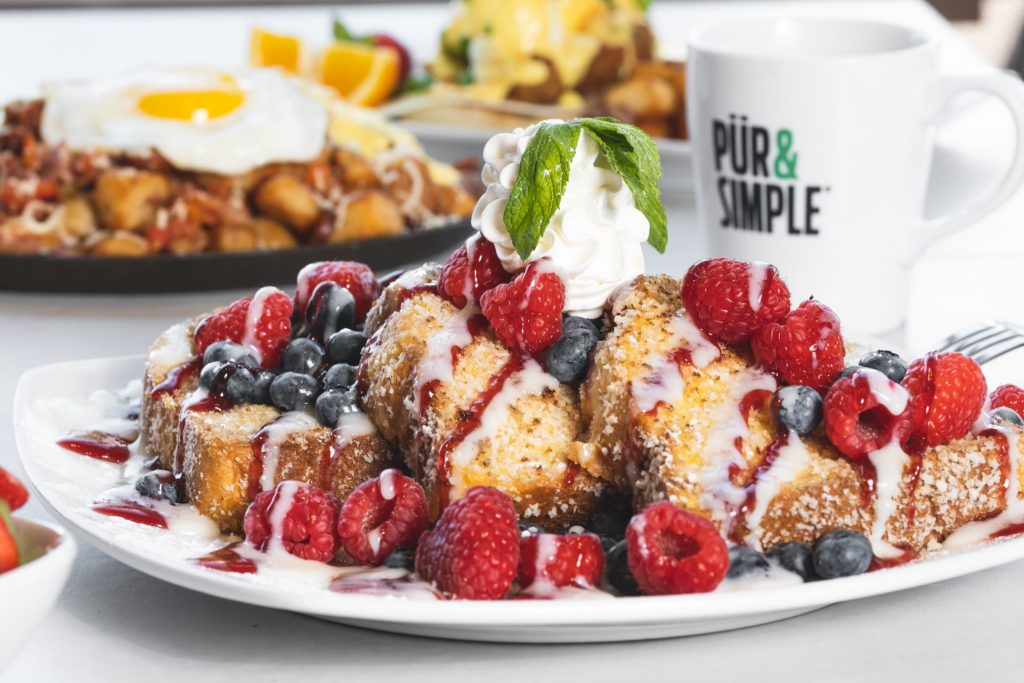 Simply put, Pür & Simple’s Ritou Maloni listens to the guests who eat at the restaurant.

The restaurant’s co-founder, president and chief operating officer recently took a weeklong holiday for the first time in six years. She did not open a single work email during her relaxing time, but she did read every single online review about her restaurant.

“I read probably 350 reviews a week, because I refuse to not know what they want,” Maloni says. “Because without them we have no reason to exist.”

That is why the breakfast and lunch spot’s new menu, which launched on Aug. 16, is the result of feedback from thousands of guests as well as its franchises—one of which is the Kelowna Pür & Simple location next to Cactus Club at the corner of Harvey Avenue and Banks Road.

What the patrons wanted—and have received—is the return of chorizo, more choices when it comes to the number and flavour of pancakes and French toast, and a new option for those who want a burger without the red meat.

“We brought in some cool, interesting things,” Maloni says.

Some guests found the portion size of pancakes and French toast to be too large for one person, so Pür & Simple now offers two pieces as well as three.

No one would be surprised if your mouth is now watering.

As for the savoury selections, chorizo has been added to several dishes, including skillets, omelettes and Benedicts. The Portuguese sausage adds the perfect amount of flavour to already delicious offerings. The new menu also features a new handheld option that is essentially an omelette sandwich featuring bacon, ham and sausage and also includes cheese, lettuce, tomatoes, red onions and mayo on a brioche bun.

Pür & Simple also altered its lunch menu to include the Impossible Burger, and Maloni says you will not notice a difference between that and a regular red meat offering.

“I love red meat. I love burgers. I love everything that has to do with with burgers,” Maloni says. “I had this, and when I sampled it you couldn’t tell that it wasn’t meat. It’s actually really good.”

Pür & Simple makes coffee a priority, because what good is a breakfast spot if it does not have coffee that goes above and beyond? It boasts a specialty coffee program whose latest offering is a caramel pumpkin spice latte that will launch on Sept. 20.

And then there is the mimosa, which is a Pür & Simple favourite and is not going anywhere.

More information about Pür & Simple can be found here. 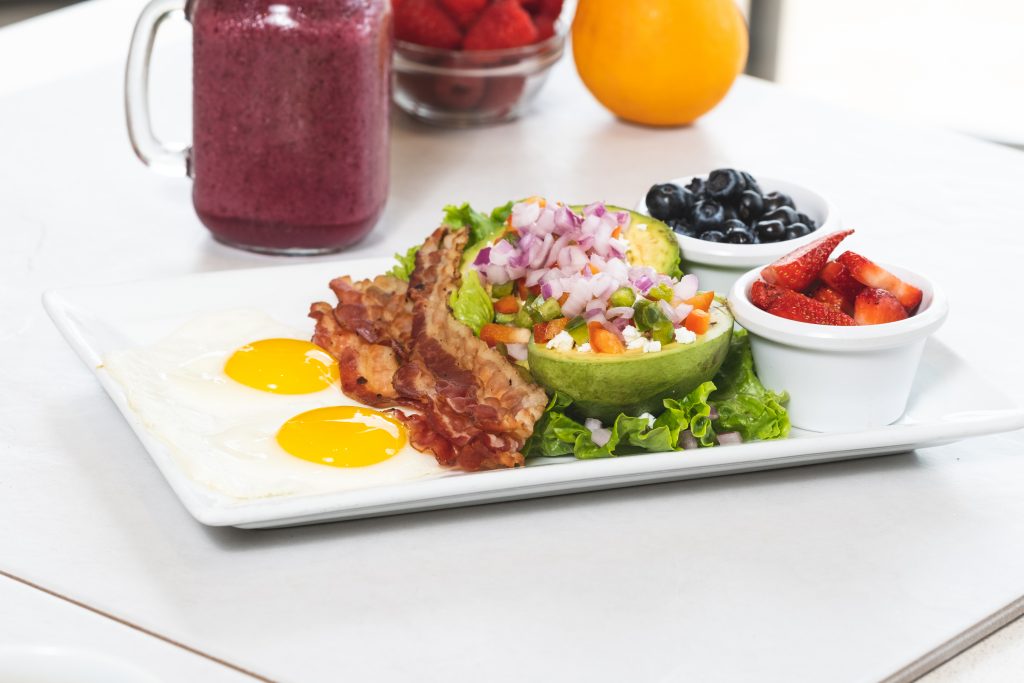 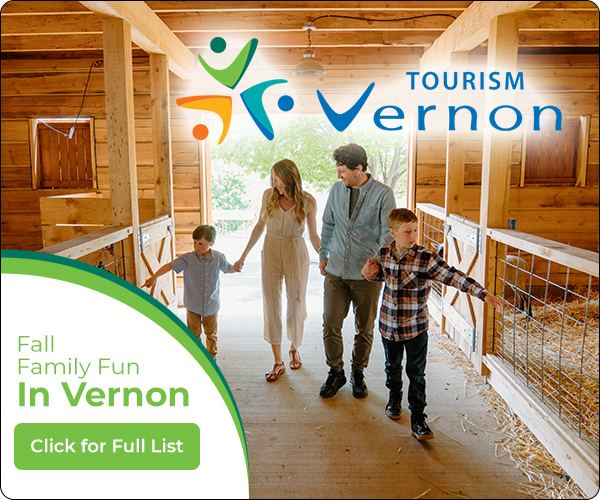