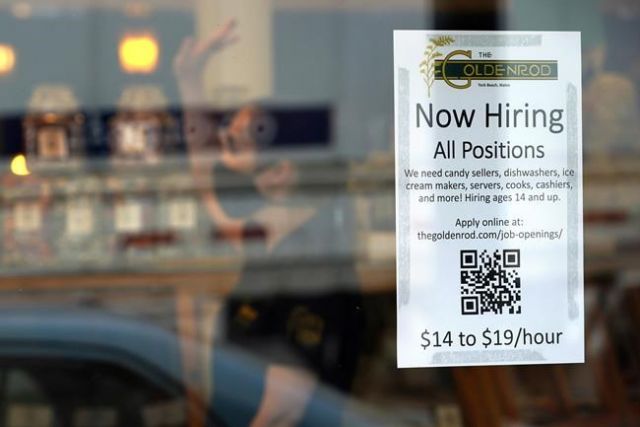 Unemployment dropped another notch, from 3.6% to 3.5%, matching the more than 50-year low reached just before the pandemic took hold.

The economy has now recovered all 22 million jobs lost in March and April 2020 when COVID-19 slammed the U.S.

The red-hot numbers reported Friday by the Labor Department are certain to intensify the debate over whether the U.S. is in a recession.

Economists had expected only 250,000 new jobs last month, in a drop-off from June’s revised 398,000. Instead, July proved to be the best month since February.

The strong figures are welcome news for the Biden administration and the Democrats at a time when many voters are worried about the economy.

Inflation is raging at its highest level in more than 40 years, and the economy has contracted for two quarters in a row, which is the common—but informal—definition of a recession and does not take into account a host of other factors economists consider, such as the job picture.

At the White House, Biden credited the job growth to his policies, even as he acknowledged the pain being inflicted by inflation. He emphasized the addition of 642,000 manufacturing jobs during his watch.

“Instead of workers begging employers for work, we’re seeing employers have to compete for American workers,” the president said.