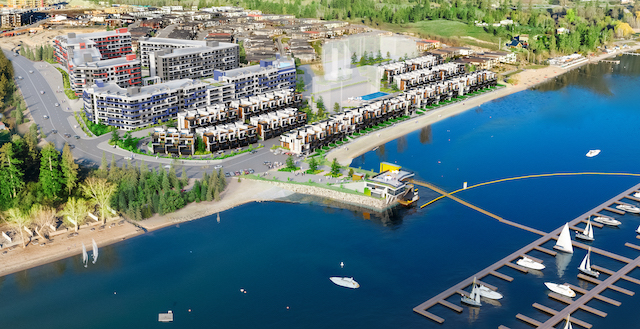 Early response to Westrich Bay, the newest jewel in lakeside living in the Okanagan, has surprised even the seasoned professionals marketing the project.

“I can’t believe it,” says sales manager Cole Killeen, when asked about the huge response.

He says his office has fielded thousands of calls inquiring about the project, which will see 72 luxurious lakeshore villas built in the first phase and five condominium buildings added later in the second phase.

As the official opening of sales for the project nears on Aug. 20, interest in the development and the amenities it will offer has continued to grow, says Killeen.

Taking advantage of the natural sloping topography of the 13-acre site, located on the western shore of Okanagan Lake on Westbank First Nation land, all the residences will have unobstructed lake views.

The resort-styled community is located just north of the W.R. Bennett Bridge on the western shore of the lake, directly across from Kelowna and just eight minutes from downtown Kelowna.

Boasting amenities such as 800 feet of direct beach access, a 350-slip marina (each unit has first right of refusal on a boat slip and an opportunity to secure a second slip), an over-sized gym for residents, concierge service, golf simulators, a games room, yoga room and massage room, an 85-foot infinity pool and a residents’ lounge, as well as entertainment opportunities for the entire family, Westrich Bay really will not leave its residents wanting any more.

The villas themselves will feature top-class finishings and amenities, such as double car garages, roof-top terraces with enough space to include a hot tub, four and five-bedroom designs, luxurious custom interiors featuring porcelain countertops, fireplaces, hardwood floors as standard, smart home ready with speakers already installed in the ceilings and the upper deck to facilitate home entertainment systems and in some of the townhouses, four-storey elevators.

Twenty-nine of the homes will have walkout access to the beach, while the rest will have lakeshore views from their rooftop terraces.

Killeen says the sales centre, to be located in Kelowna at 101-1665 Ellis St., will feature a full-scale replica of the main floor of one of the villas to give buyers a sense of what it will be like to stand in the living room.

Construction is slated to start in spring 2023 and be complete by the spring of 2025.

For more information go to Westrichbay.com. 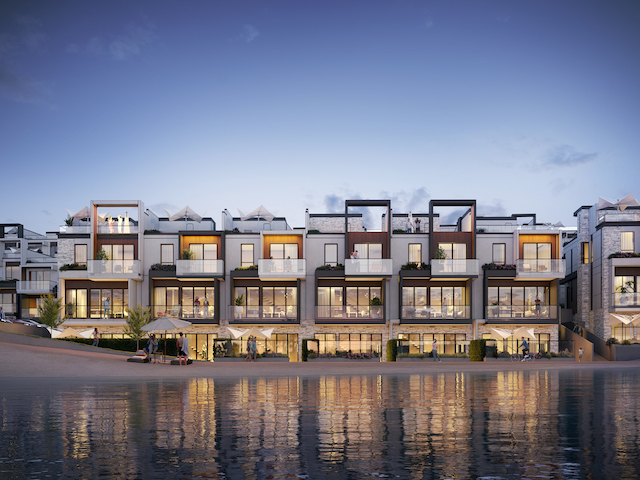