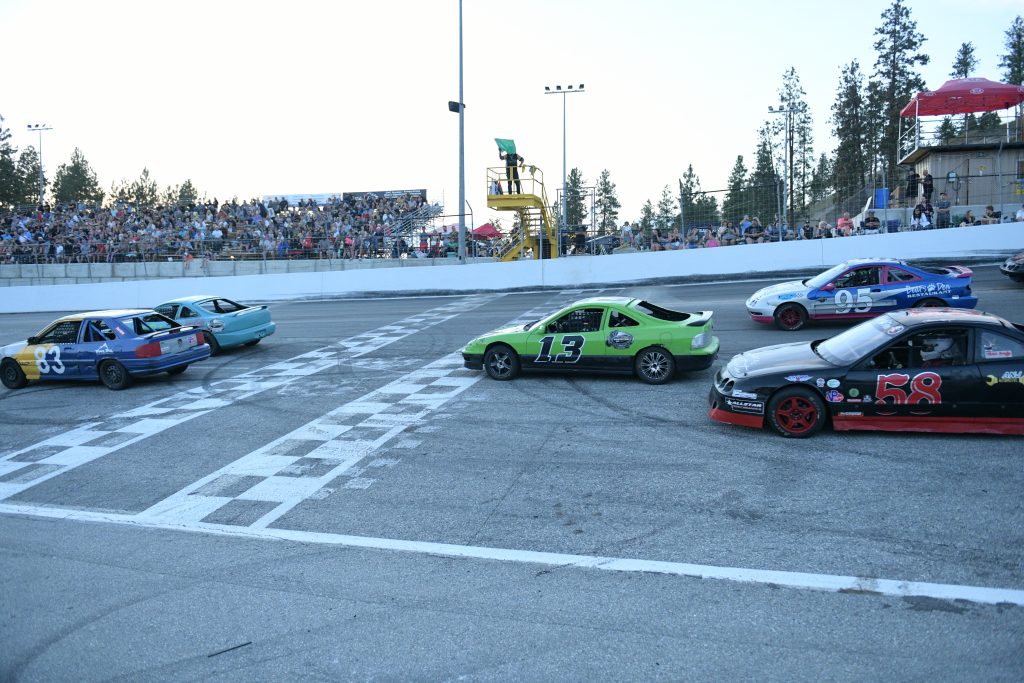 Penticton Speedway opened in 1969 and has generated a massive community ever since. One of the speedway’s most treasured weekends is approaching to honour Gordy Mannes, a man who was invested in the speedway in many ways. The Gordy Mannes Feedway 500 Memorial Invitational is July 29th to July 31st.

Last year the track was purchased by Ingo and Trevor Seibert who have made some design changes in the track allowing every seat in the house to be a good one. 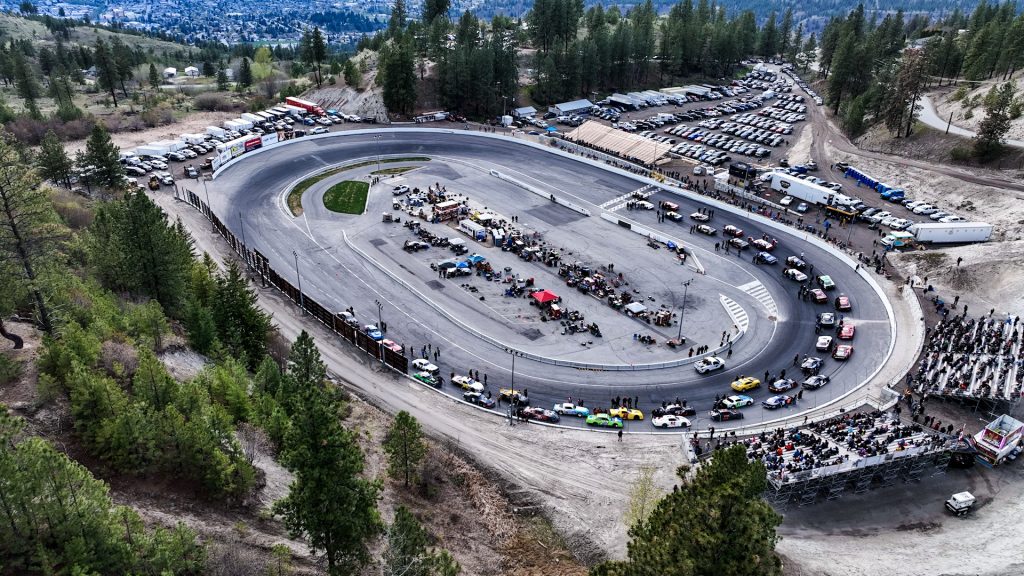 It also offers exhilarating racing. “The new track design makes for very exciting fan racing, because the drivers can race three or four wide without getting in a bunch of incidents, which makes for pretty exciting fan entertainment,” shares Ingo.

Ingo’s cousin, Trevor, was essentially born in a race car. He redesigned the track to have steep embankments allowing racers to pass at high speeds; door to door nearly the whole time.

The racers themselves are highly motivated to put on a good show for the fans. “We’ve got some really, really good classes and racers, whether it be street stocks or hit to pass racers who have all spent a lot of time getting their cars ready and being prepared for the season. They’ve done an amazing job of decking out their cars and they’re really excited to put on a show. A lot of guys raced during COVID, but, nobody got to watch. I want to show appreciation for all the drivers. At the end of the day, they’re the entertainers. The level of commitment from the drivers in all classes is pretty impressive,” adds Ingo.

The weekend itself started 20 years ago under the ownership of Johnny and Jasmine Aantjes. They felt it was important to honour someone who was invested in the sport and the track. “Gordy was the most successful driver at Penticton Speedway through the ‘70s, ‘80s and ‘90s. As a driver, he was the guy everyone wanted to beat, he won more championships than anyone. He also was involved with building cars, helping others, and there was also a period of time that he managed the track — he has done it all. Gordy was known to work hard and play harder, a tradition that lives on at the Speedway,” shares Johnny.

Johnny himself has a love for racing as well as the community. Before passing the torch to the Seibert family, Johnny did not have much time to race himself and he is back behind the wheel for this years memorial race. Johnny’s expert crew have built an impressive car and they are ready to race. 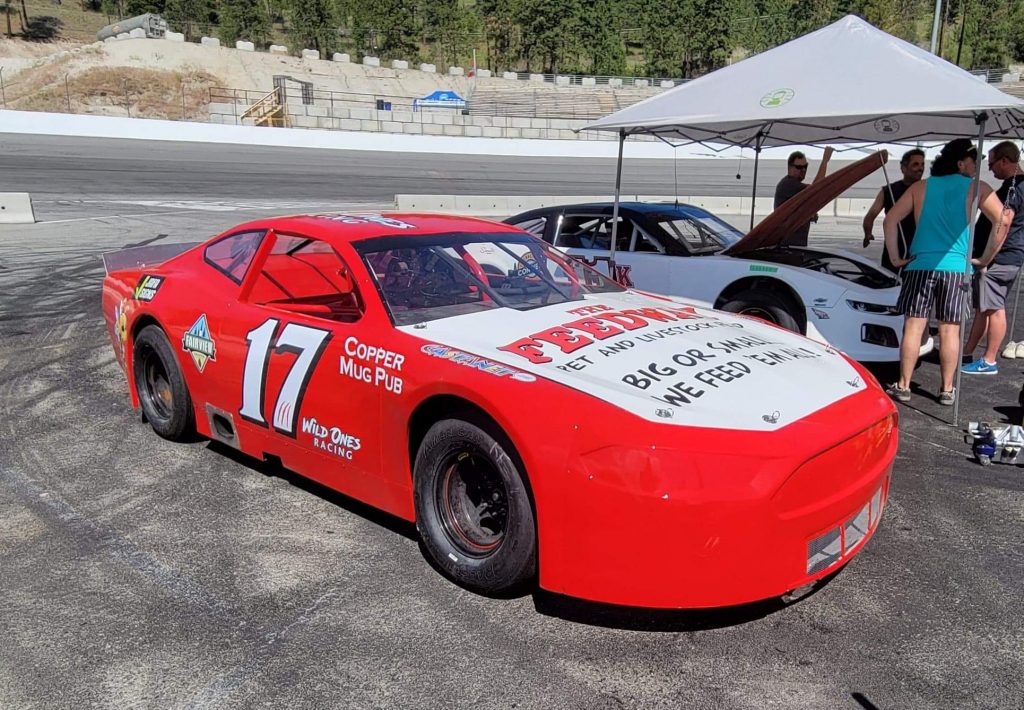 Johnny and Jasmine extended their businesses skills and love not only to the speedway. They have an affinity to animals and wanted to get back to the basics when it comes to feeding their family. When they began their own farm they discovered how challenging it was to find livestock feed near them so opened a livestock store named The Feedway and have since opened their fourth store in Grand Forks. They have poured their heart and soul into the Gordie Mannes Memorial Invitational so it only made sense to sponsor the weekend.

“For years, Neil Jamieson, a beloved local business owner and race car driver, sponsored the weekend. Sadly, he passed away a couple of years ago, but we wanted to keep the memory of Gordy and Neil alive through this memorial weekend,” says Johnny. 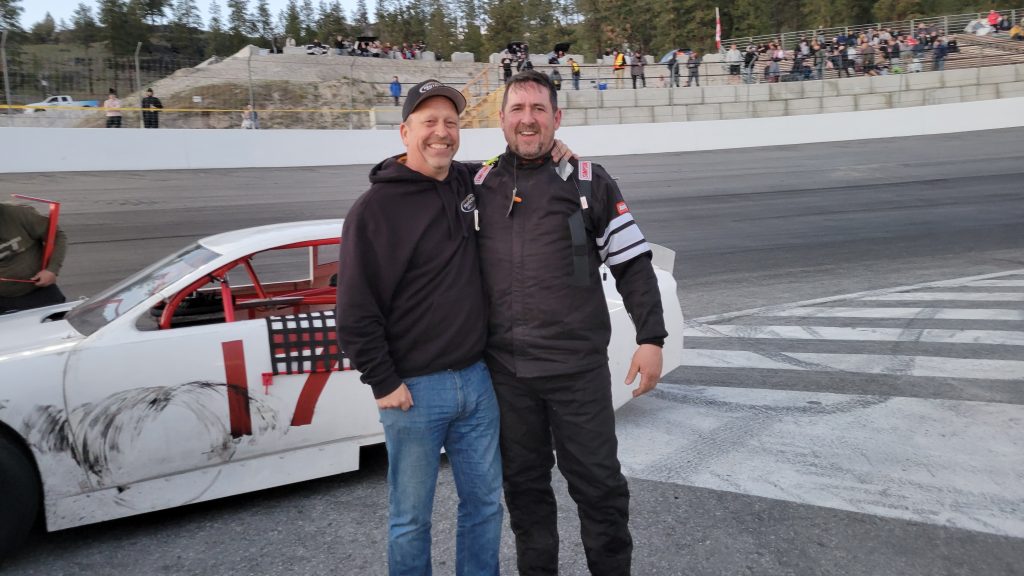 “Racers are a big family, this is a weekend that we can do what we enjoy, put on a great entertaining event for families to attend, and remember people that were involved that have passed.”

The weekend will host 80 racers and up to 4500 spectators. In addition to heart pumping racing, you can get excited for the live music, face painting and food trucks. It is difficult to find this much entertainment for such a reasonable cost.

Purchase your tickets online to join in on the long weekend fun.