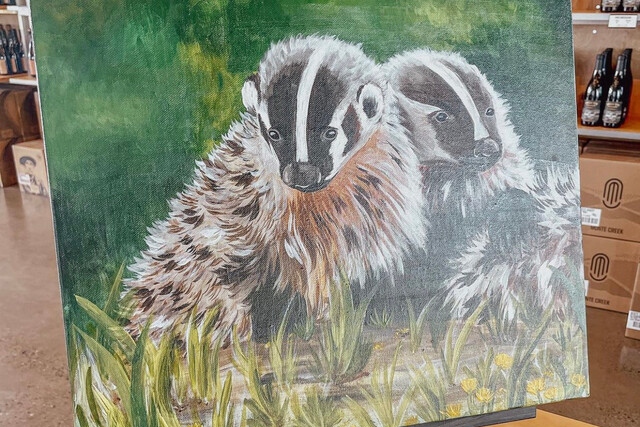 Until the end of the month, Monte Creek Winery will be raising money in support of badger conservation.

This will be the second year the local winery is teaming up with the B.C. Wildlife Park to support the American badger, an endangered species that’s found in B.C., particularly in the area near Monte Creek.

There are only an estimated 350 of the elusive animals left in the province. The No. 1 cause of death for badgers is by motor vehicles.

Last year, Monte Creek raised about $700 in support of the park as well as badger recovery, according to Glenn Grant, executive director and general manager of the B.C. Wildlife Park.

“Everything you spend is in support of the wildlife park, of the badgers here and of the badger recovery team and the badger hotline to look after the ones that are currently out in the wild,” Grant said.

Monte Creek will be auctioning off two paintings done by Bloom, a badger at the B.C. Wildlife Park. It is also selling postcards in support of the local badger.

In addition, badger buttons will be sold to support a badger conservation group along with auctioning off a badger painting done by a local artist.

“They are an endangered animal in British Columbia and again, anything we can do to support that, I think is terrific,” Grant said adding that raising awareness of an issue is just as important as raising funds.

The winery is asking drivers slow down and be mindful of badgers and other wildlife crossings on highways while driving this summer.