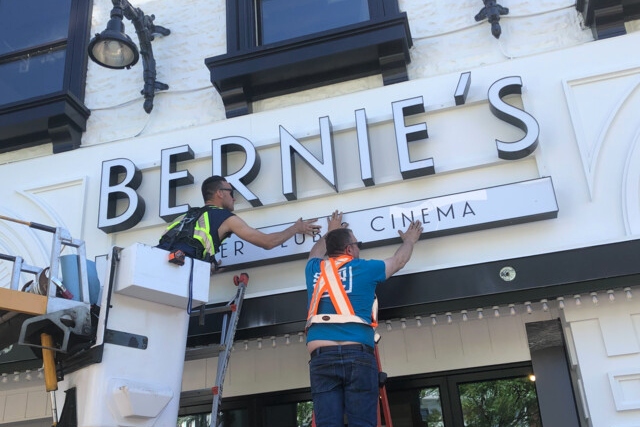 One of the oldest pubs in Kelowna has reopened after being shut down for renovations for almost five months.

The new restaurant and bar has been totally redesigned and updated, and now includes space for twice as many patrons as the old design.

The former Doc Willoughby’s was purchased by Kyle and Carolyn Nixon, who also own BNA and Skinny Duke’s. A spokesperson for Nixon Hospitality, Jill Jarrett, told Castanet they have been working hard to get the place ready to open.

“We’ve done a couple of invite-only soft opens to test things out on friends and family, and are hoping to open to the public by Thursday,” Jarrett said last week.

The freshly renovated space was bustling with customers over Canada Day.

At this point there are no plans for a grand opening until the cinema opens, which is still a few weeks away. Supply chain delays have set the cinema project back by several weeks.

Jarrett said it has taken a ton of work to get to this point but they are excited to share their newest project with the public.

“There’s a lot of Spanish Italian influences and a fairly eclectic menu,” she said.

The vibe of the new location is described as “sort of a Southern California style,” Jarrett said. “It’ll just be this really open, welcoming space.”