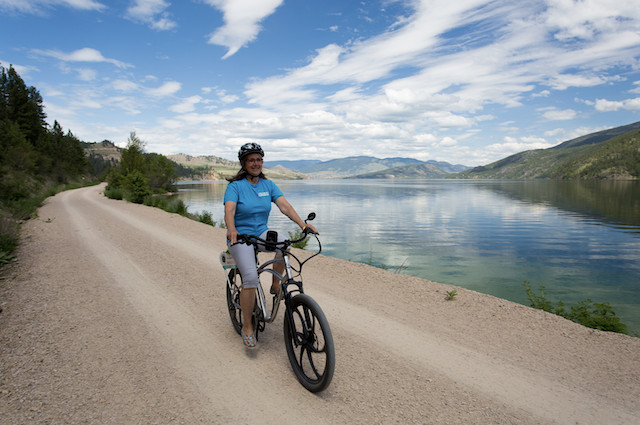 Summer’s here and it’s the perfect time to get out and enjoy what the Okanagan has to offer. And a perfect way to do that is on a Pedego electric bike.

With the popularity of electric bikes on the rise—electric bike now account for an estimated 88% of all bicycles sold—Pedego Oyama is your perfect starting point.

“We really believe in getting people out and having fun,” says co-owner Sheila Fraser, who along with her husband Murray own and operates the store and sells, rents and services Pedego electric bikes.

With its location just steps away from the Okanagan Rail Trail, Pedego Oyama is a perfect starting point for locals and tourists alike who want to enjoy one of the Okanagan’s recreation jewels, riding with ease on a top-of-the-line electric bike.

Pedego electric bikes are stylish, comfortable and high-quality, and in addition to rentals, the store carries an extensive line of the electric bikes for sale. 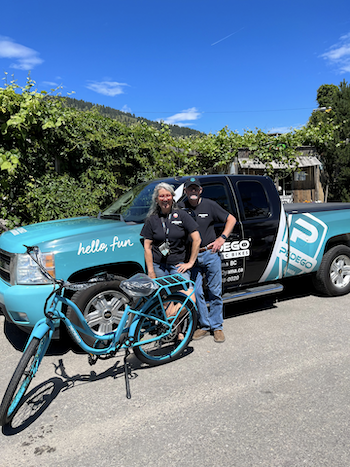 All Pedego electric bikes come with a five-year warranty.

“That is unprecedented in the industry,” say’s Sheila, who can speak with authority about the bikes as she rides her Pedego electric bike to work from her home in Coldstream every day, often returning home with her bike loaded up with groceries.

“There are so many side benefits to electric bikes,” says Fraser, noting that like her, a growing number of people are now using them as commuter vehicles. Both the City of Kelowna and City of Vernon have added Pedego electric bikes to their fleet of vehicles for employees to use.

As a dealership for Pedego electric bikes, the Oyama store carries an extensive line of the California-based company’s electric bikes, including the top-selling, best-in-class models, the Interceptor, the Boomerang and the Ridge Rider.

The company produces 19 different models, aimed at meeting the individual needs of every type of rider. It even produces a three-wheeled electric trike.

“The company really listens to its customers and as a result is always coming out with new innovations,” says Sheila. Most recently it responded to customer feedback by making the battery easier to replace and has a model with signal lights coming out.

Pedego Oyama, which opened in 2019, is located just off the Okanagan Rail Trail in Oyama at the Gatzke Farm Market. 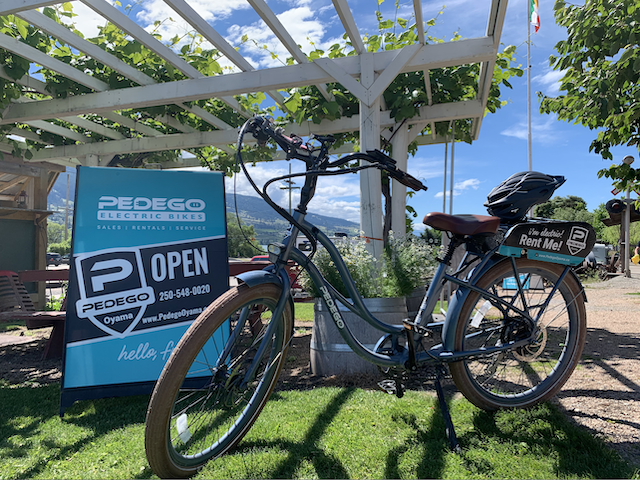