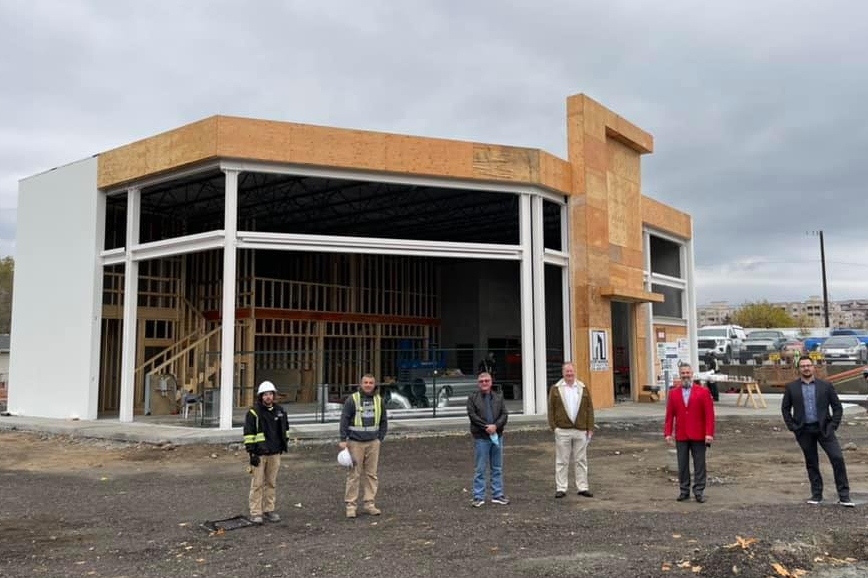 Penticton Toyota continued its award-winning ways in 2021, and 2022 could very well be its best year yet.

The dealership celebrated its fourth President’s Award from Toyota Canada this year, and it also embarked on an exciting expansion project that will help it serve its customers even better.

The 6,000 square-foot building will be used for Penticton Toyota’s pre-owned vehicles. The new building will sit on the recently acquired acre of land south of the dealership’s current location, bringing the total area to 3.5 acres.

Ground broke on the new facility in April, and Larry Pidperyhora Sr., who has been a part of Penticton Toyota for nearly 30 years, said it is on schedule to open in March. 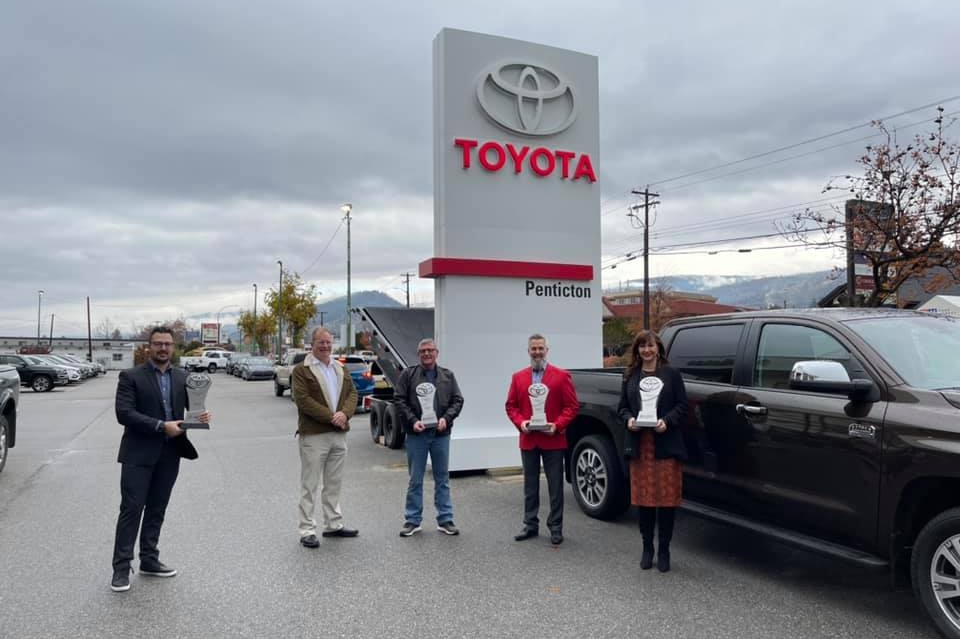 “This change will allow for more service capacity, so the dealership can utilize the property it currently works from to focus on new car sales,” dealer principal Larry Pidperyhora Sr. says, noting the addition will lead to new hires and a new company structure.

The land acquisition will also allow Penticton Toyota to keep all of its vehicles in one place. It usually has about 130 new and 80 pre-owned vehicles on the lot at any given time, and Pidperyhora Sr. has to keep another 40 or 50 vehicles in a lot across town. Soon they will all be in one place, making life easier for both customers and the dealership’s 50 staff members.

The expansion follows the 10,000 square-foot renovation it did to its service area almost five years ago, when it added six technical bays. The detail centre that currently resides in the main building will be moved to the new facility when it opens in spring, opening up even more room for Pidperyhora Sr. and the team. A quick lube bay is likely to fill that space once it is available.

“We have a lot of units in operation, and we certainly want to give the customers the service that they deserve,” Pidperyhora Sr. says.

And even though the dealership continues to grow, one thing that has not been affected is the way in which it treats its customers. The President’s Award is one of the highest honours a Toyota dealer can achieve, and the fact Penticton Toyota keeps winning it year after year speaks volumes.

“We would love to thank our truly dedicated group of employees who strive every day to live up to the ideals that make winning this award possible,” general manager Larry Pidperyhora Jr. says. “We would also love to thank our customers for their continued patronage and support. You inspire us to continue delivering the highest level service possible for all of your automated needs.”

Penticton Toyota is unique in that it is a singularly owned dealership and not part of a dealer group. Pidperyhora Sr. is at the dealership nearly every single day, giving the business that small-town feel where everyone is welcome.

More information about Penticton Toyota can be found here. 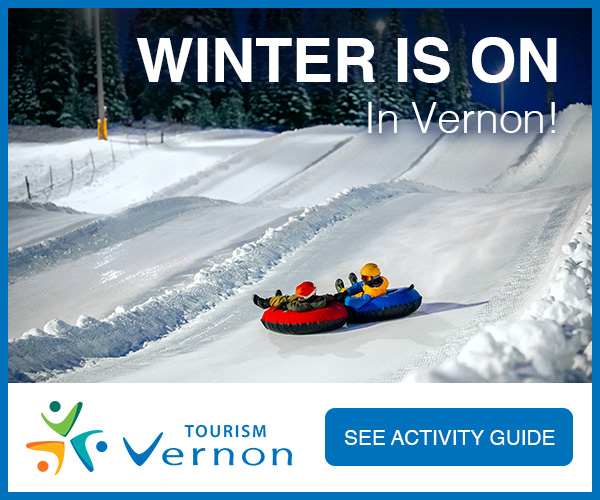