When most people think about donating to a charity, they often think of donating cash. But there are other ways to donate, ways that are beneficial to both the receiving charity and you, as the donor.

One of those ways is by gifting qualified securities in-kind to the charity or foundation of choice. According to the CRA, qualified securities can be shares, debt obligations or rights listed on a publicly traded stock exchange, mutual funds, exchange-traded funds, interests in related segregated fund trusts and Government of Canada or provincial bonds.

To encourage charitable giving, the federal and provincial governments provide donors with a tax credit when they make a personal donation to a registered charity.

“Donors can use this donation tax credit to reduce federal and provincial income taxes in the year the claim is made. You are also able to carry forward any unclaimed donations for up to five years,” says Patrick Ng, an investment advisor with RBC Dominion Securities and the current chair of the KGH Foundation’s Planned Giving Committee.

Another benefit that can have a large impact on a donor’s interest in using this strategy, is the elimination of any appreciation in value (or capital gain) of the gifted securities in question.

By donating the securities in-kind instead of selling beforehand and donating the cash proceeds, donors can take advantage of additional tax savings. This allows you as the donor to ensure more money stays in the community to support the causes you care most about.

Together, both of these tax benefits create a “win-win” giving opportunity, says Ng.

No matter what, he advises anyone considering a gift of securities to speak to their financial advisor and a qualified tax advisor to ensure the strategy is right for them.

With the end of the year approaching, and the winter holidays just around the corner, now is a good time for donors to consider reviewing their investments and determine if a gift of securities is something they would like to take advantage of before the end of the year.

A win-win in action

“The Interior Heart and Surgical Centre campaign had begun. I had just retired. I was not sure what we would face for living expenses but wanted to support the campaign,” says Darrell Porubanec. “I had a mutual fund that I knew would not be required in my retirement financial plan and decided to donate it to the KGH Foundation.”

As an investment advisor, Porubanec had advised many of his clients to preserve and accumulate family wealth while supporting causes they care about. A passionate champion of health care, and now chair of the KGH Foundation board of directors, Porubanec is a loyal supporter of the work of the foundation.

The foundation’s Interior Heart and Surgical Centre campaign in 2013 prompted his decision to donate shares. The campaign attracted new surgeons, reduced wait times and raised the quality of improvements to healthcare.

The mutual fund had a large appreciated value and donating it produced a significant charitable donation tax credit. This meant the capital gains were not included in Porubanec’s taxable income the year donation was made.

“I was able to give the full amount of the mutual fund. The foundation would have received less if I had chosen to sell the mutual fund and donate the proceeds,” he says. “This is the power of giving a gift of securities.”

Since 1978, the KGH Foundation has worked with a generous community to raise funds to support world-class health care close to home for a rapidly expanding and diverse population in the B.C. Interior. Today, the KGH Foundation is the lead fundraising organization for Kelowna General Hospital and its associated facilities, JoeAnna’s House and Central Okanagan Hospice House. 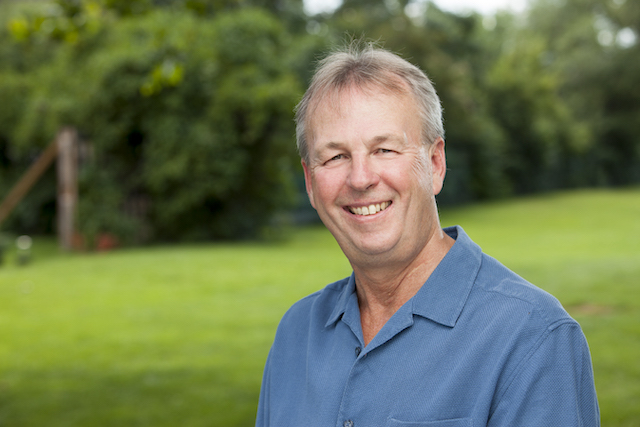