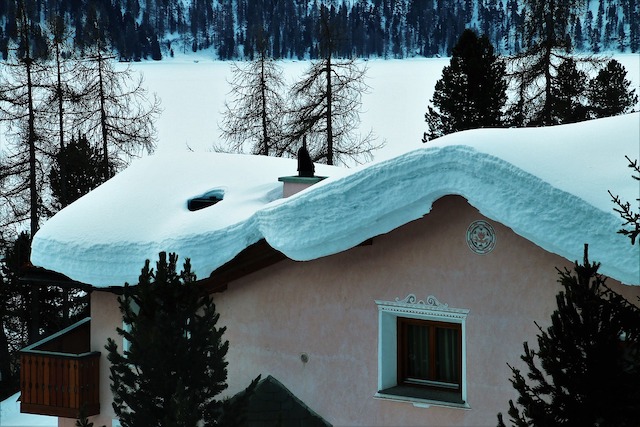 Photo: Contributed
Area residents are advised to have a professional clear snow off the roofs of their homes if it builds up too much during the winter.

With winter on the way, now’s the time to start preparing, and protecting, your home for the colder months of the year.

There are several simple steps you can take to prevent damage from snow, ice and colder temperatures but the time to act is now, before the mercury in the thermometer drops.

According to Curtis Nelson, a technical specialist with Total Restoration Services Inc., the single most important task when preparing for winter—especially if you are closing up a cabin for the season—is to keep some heat on in the building.

He says issues like frozen pipes and subsequent leaks when they thaw are common problems he and his colleagues deal with every winter.

He says it’s a good idea to insulate pipes that are located in areas where there is no regular house insulation—like under floors in crawl spaces, in attics and some basements.

Pipes and faucets should also be drained and outside, exposed faucets can be covered to make sure they don’t freeze. Special faucet covers are cheap and available at most hardware stores, said Nelson.

Another important task is to have your garden’s underground irrigation system blown out in the fall to prevent water in the pipes from freezing.

Nelson also advises residents to keep snow away from buildings when shovelling it during the winter so it doesn’t melt and let water seep through any cracks and crevices where it could refreeze and cause damage or leak inside.

Other tips for preparing your home or recreational property for winter include:

Cleaning out your gutters

Gutters clogged with debris, such as leaves and other vegetation that is blown into them by the wind, can cause the water they were designed to drain away to back up and freeze. Those ice dams can damage your gutters and other parts of your home, as well as overflow and create icicles that could be a danger to anyone passing under them if they break off.

Branches should be cut back before the snow arrives as they can get covered in snow that will weigh them down on rooftops or break off branches that could fall and damage your roof.

If you use a fireplace, it’s a good idea to have your chimney swept in the fall by a professional to make sure it is clean and the vents are properly clear. This will help prevent chimney fires and a build-up of carbon monoxide that could find its way into your home.

Check for any dislodged or worn-out shakes or shingles and for areas of the roof that need attention. Also, check the caulking around the chimney and air vents. Speaking of the roof, when it snows, make sure there is not a large build-up of snow on the roof. But leave the work of clearing large accumulations to a professional as climbing onto a snow-covered roof in the winter can be dangerous.

If you do try and remove snow from a roof yourself, Nelson advises using a rake instead of a shovel, as a shovel could damage your roof.

Make sure your furnace is in tip-top working order before it gets cold enough to need it. Cleaning the filter and having it professionally serviced will also identify and fix any problems and avoid any issues like a build-up of carbon monoxide from the furnace not burning the gas properly.

Check for proper seals to prevent heat loss and eliminate drafts. Check weather stripping around windows and doors and replace if necessary.

Taking time to winter-proof your home is a small price to pay, especially if it helps prevent damage.

Several of the tasks can be done by the homeowner.

The fall is also a good time to stock up on winter household supplies like including salt, sand, and snow shovels. With winter on its way, it’s time to get prepared.

If a catastrophe does strike, companies like Total Restoration, with offices in Kelowna, Vernon, Penticton, Salmon Arm and Big White, are there to help get you back on your feet as quickly as possible. 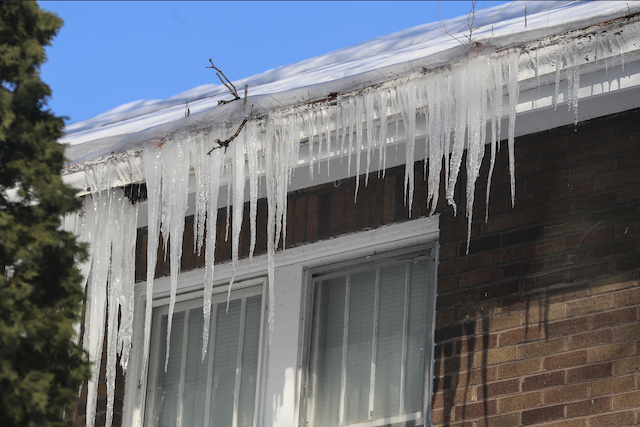 Photo: Contributed
Ice dams can build up due to clogged gutters and overflow. The freezing water, when it thaws, can damage a property.