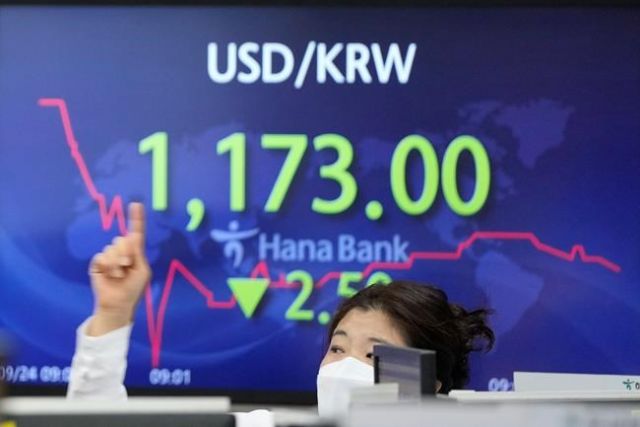 TORONTO — A broad-based rally led by the technology and materials sectors helped to lift Canada’s main stock index midweek even though a dip in crude oil prices pushed energy lower.

“A pretty good day all around. We had half of the sectors were up more than one per cent today,” said Michael Currie, vice-president and investment adviser at TD Wealth.

Only energy and financials were lower.

Technology was the best of the nine sectors that posted gains, rising 2.2% in Canada in sympathy with the Nasdaq, which was up more than 100 points on a mixed day in New York. Hut 8 Mining Corp. led, gaining 6.6%, followed by BlackBerry Ltd. up 4.7%, Lightspeed Commerce Inc. up 3.7% and Shopify Inc. 2.9% higher.

Materials was slightly behind, climbing just under 2.2% as gold prices had their best day in about a month.

The Canadian dollar traded for 80.35 cents US compared with 80.25 cents US on Tuesday.

The first corporate results from the third quarter were strong, with JPMorgan Chase & Co. and BlackRock Inc. beating expectations. The U.S. bank’s shares lost 2.6 per cent while the asset manager was slightly higher on the day.

Minutes from the Federal Reserve’s last meeting and released Wednesday suggested the central bank will begin tapering its bond purchases by US$15 billion a month, likely starting in mid-November.

However, Currie said the high inflation reading could prompt a slight delay.

“Some people were expecting a bigger trim than the $15 billion, but maybe that’s an indication to people that inflation is more of a concern than the Fed wants to let on.”