Photo: Contributed
Longtime Beachcomber customers Garry and Joan Norkum relax on two sofas bought from the company for their Kelowna home. The cabinet behind the sofas also came from Beachcomber.

Joan and Garry Norkum like to put their money where their mouths are when it comes to supporting local businesses.

As the owners of their own successful cycle business in Kelowna, Cyclepath, the Norkums are big believers in shopping local. And that’s exactly what the couple has been doing for more than 20 years with Beachcomber Home Leisure.

Since making their first Beachcomber Home Leisure purchase—a hot tub—more than 20 years ago, the Norkums have followed that up by buying living room and basement furniture and returning regularly to use Beachcomber’s maintenance services and to regularly have their hot tub water tested.

The pair first heard about Beachcomber at the Armstrong Fair in the late 1990s when they were building their first home in the Okanagan. They were in the market for a hot tub and bought it at Beachcomber after doing their research.

Garry said he and his wife are the types who are willing to pay for quality and service and believe in supporting businesses that, in turn, support the community.

For Garry, the quality of the products Beachcomber sells, coupled with the service it offers—both when you are shopping and after you’ve made a purchase—makes all the difference.

“I’ve looked elsewhere and frankly, the service was lacking,” he says.

And the Norkums are not the only members of their family who are loyal Beachcomber customers.

Joan said their daughter Angela and son-in-law Trevor also bought furniture from the store after they were told about it by her son-in-law’s parents, who also shop there.

As most retailers know, personal recommendations go a long way in attracting customers and developing a positive reputation for quality, service, friendliness and after-sales care. And all that made an impression on the Norkums.

As a result, they are not only long-time customers but loyal ones as well.

“For us, it’s quality that matters and we feel we are well-taken care of. When their salespeople give their opinions about products when we’re shopping, we feel that they are honest opinions,” says Garry. “We feel we are buying from good quality people.”

Beachcomber’s ongoing commitment to quality and service—built over 30 years in business in Kelowna and Vernon—extends not only to its long-time customers but also to those who walk through the doors of their showrooms for the first time.

Currently, as a way to show its appreciation for its customers, and as a fun way of giving back, the company is running a contest that could net the winner a $1,000 gift card from the business.

Show Us Your Beachcomber asks customers to submit photographs of how they use the furniture and hot tubs they buy from the store. The winning entry will get the gift card.

To enter, and for more information, go here. The contest closes on Oct. 14. 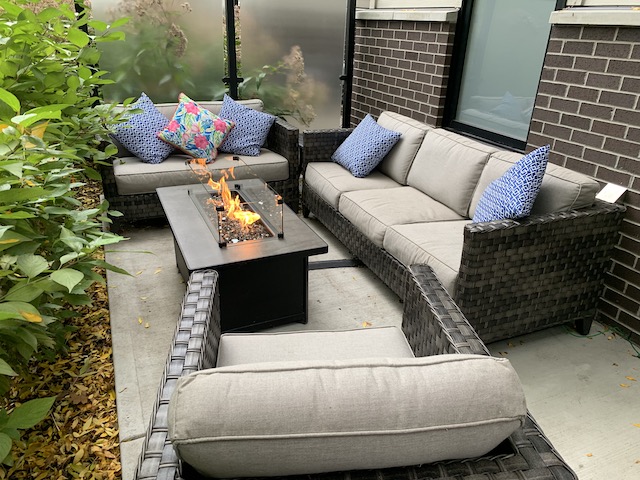 Photo: Contributed
Furniture bought at Beachcomber by the Norkum’s daughter and son-in-law for their home.