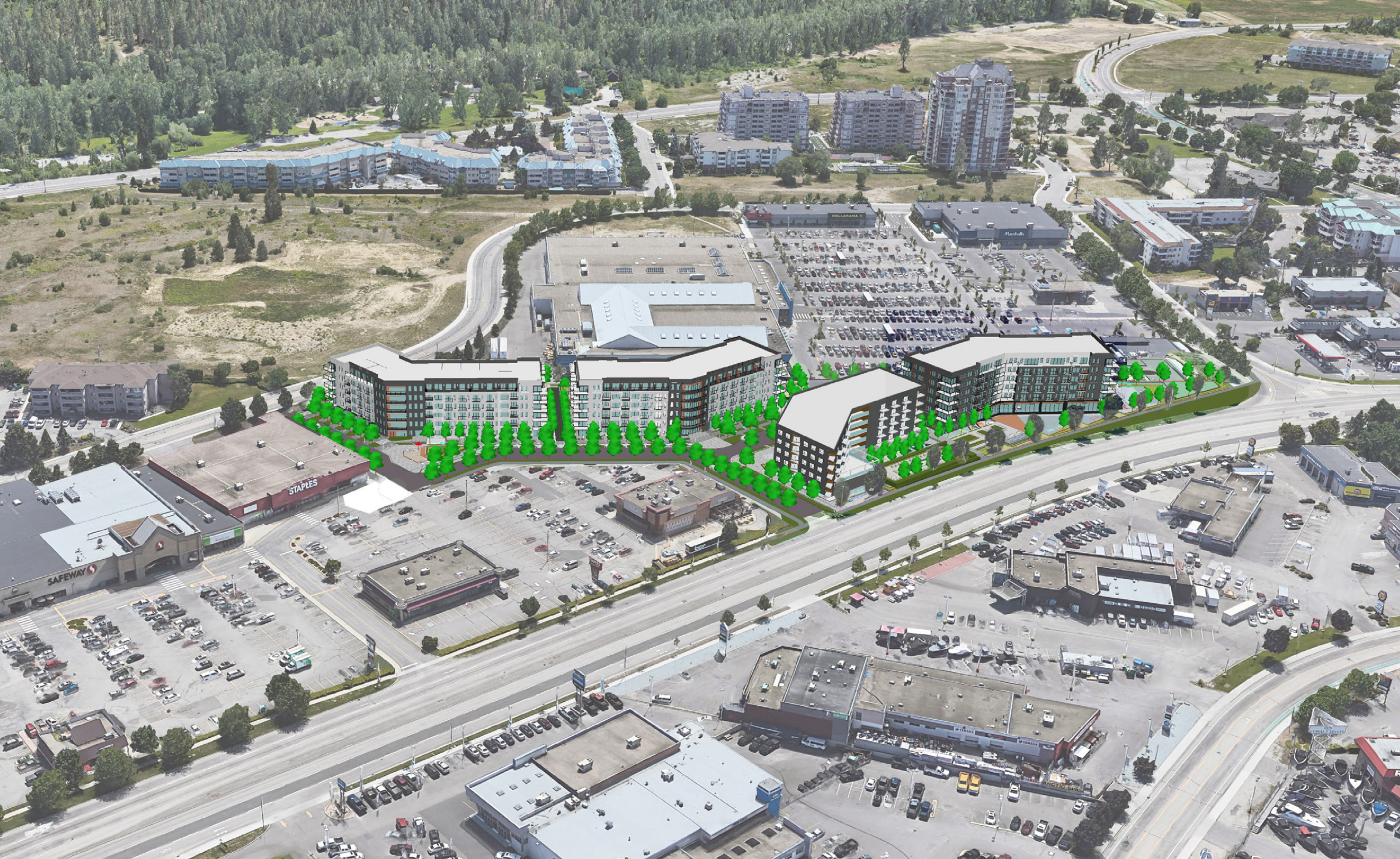 A massive mixed use development is being proposed for the area between Superstore and Highway 97, on the western part of Kelowna’s Dilworth Centre strip mall.

IBI Group submitted a 90-page proposal to the City of Kelowna on Wednesday on behalf of Vancouver’s Peterson Group. It hopes to build 466 residential units, including townhouses and apartments, over four six-storey buildings, 10,000 square feet of commercial space and another 9,000 square feet that would feature amenities. Two of the buildings would replace what is now 11 retail units, including Jysk, and a surface parking lot.

“The proposed plan will help to achieve the compact urban form and increased density sought by the city for urban centres,” the application states.

The southern part of the development, which would be done in two phases, is on Baron Road, directly across the street from where the new Costco is currently being constructed.

“Phases 1 and 2 are envisioned as the first significant steps towards creating a complete, concentrated community in Midtown Kelowna,” IBI Group wrote in its proposal. “Improvements to the streetscape, landscape, block structure and public amenities, as well as the introduction of new building forms to the area, will enhance this location as a convenient, desirable, beautiful place to live, work, shop, and play.”

The application call for 448 parking spots over both phases, and they would all be located underground.