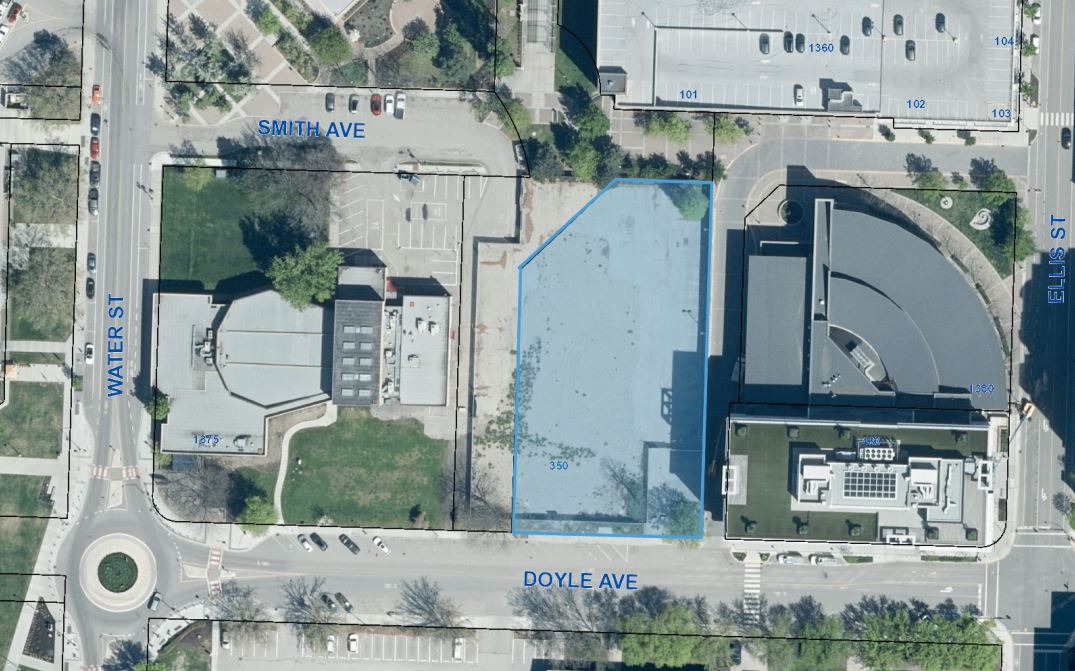 Developers of what will be known as 350 Doyle have taken the first step in the long development process.

According to information sent to the city’s planning department, the proposed mixed-use commercial-residential development would span 13 storeys, the current height allowed within the civic precinct. However, the overall height proposed is 4.4 metres higher than the 40 metres allowed.

“In order to accommodate the proposed commercial tenancy on the ground and second floor, 4.5-metre floor-to-floor heights are needed to design acceptable leasable space with functional ceiling heights,” the proposals rational stated.

The building itself will include two floors of retail and commercial space, 11 storeys of residential above and three levels of underground parking.

A total of 316 residential units would be available on the 11 floors, including 77 studio, 165 one-bedroom and 74 two-bedroom units. The residential rental tenure-only subzone is also being requested, meaning the units would remain rentals in perpetuity.

The redevelopment of the site is seen as the first domino in a redesign of what is known as the Civic Precinct, including construction of a new community theatre as well as possible development around Memorial Arena, the Kelowna Museum and other properties further north, including the area around Prospera Place.