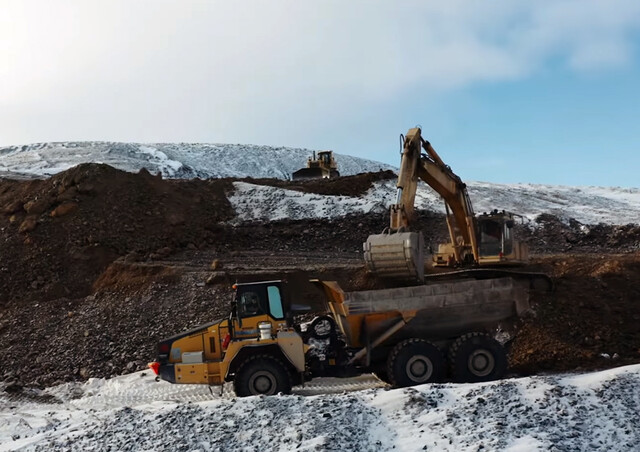 There could be as much as $1 billion in gold deposits, maybe more, in an old abandoned mine a few kilometres behind the Elkhart Lodge off the Okanagan Connector.

Vancouver-based Gold Mountain Mining announced late last week it has received a notice of departure, paving the way for it to begin mine construction.

In a statement released Friday, the company says it expects to begin construction at the site later this month, with ore delivery expected late in the year.

“Receiving this notice of departure allows us to take the critical steps of upgrading our existing water management system, installing a weigh scale, as well as leveraging a gravel borrow to start stripping waste from our initial pit and repurpose it into aggregate needed to resurface roads throughout the property,” company CEO Kevin Smith said in the statement.

“By getting into construction early, we will be ready to hit the ground running once our various mine permit amendments are approved. Since acquiring this project, we were very clear about our intent to quickly put this mine back into production, with efficient deployment of capital.

“With the snow on site nearly gone, our mine construction partner, Nhwelmen-Lake LP, has been notified to begin mobilizing their equipment, in anticipation of developing BC’s next high grade gold and silver producer.”

Cole Evans co-founder of HEG and Associates, the Kelowna-based geological contractor for the mine, says reopening the mine is great news for the industry throughout the Okanagan and the Southern Interior.

“If you go back to Chuck Fipke and Dia Met and all these companies … you have a lot of specialized skill in this town that is growing faster than maybe people realize,” said Evans, referring to the Kelowna-based diamond prospector who struck it rich in the arctic.

“This is a cool example of all these people coming together on a project that is in our own backyard.”

Along with specialized mining expertise, he says once construction ramps up in the coming weeks they will need plumbers, electricians, people to build foundations, equipment rentals and so on.

Evans says gold was first discovered in the region during construction of the Okanagan Connector in the late 1980s.

The mine has been dormant since about 2010.

While the mine will begin extracting ore later this year, Evans says Gold Mountain Mining ramping up production by 2025, when it hopes to generate about 324,000 tonnes a year.