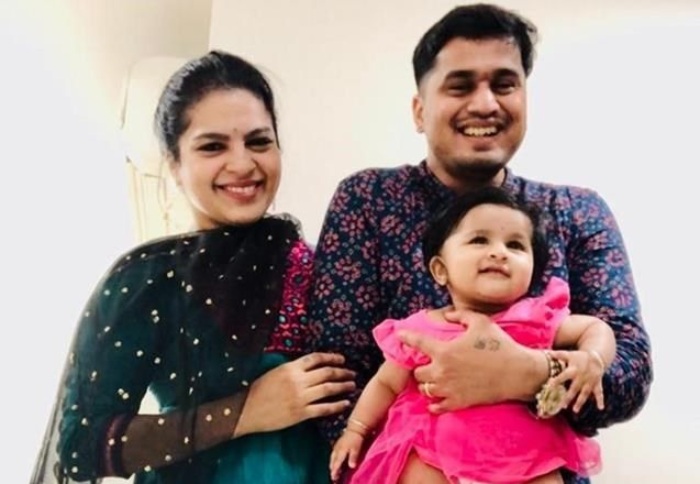 Photo: The Canadian Press
Deepti Avinash and her husband, Avinash Bhat, pose with their daughter.

Deepti Avinash has always pictured having a family with three kids.

But as she tries to find child-care services for her first daughter in Toronto’s competitive market, she can’t imagine how she could even afford having a second child right now.

“Being a part of multiple waitlists and having to choose the right place for us has been quite challenging, because we’re trying to fight between finding good quality care for her and trying to balance out the cost,” said Avinash, who started searching for accommodation for her 8-month-old daughter before she was even born. Rates for childcare where she lives in Scarborough, Ont., have ranged from $1,700 to $2,200 a month.

Avinash is one of many parents across Canada who say the federal government’s plan to facilitate $10-a-day childcare across the country would completely change their financial, professional and personal lives, while allowing them to better invest in their child’s future.

The Liberal government plans to have $10-a-day childcare in place by 2026 as part of their recent budget announcement, while introducing smaller subsidies to child care in the years leading up.

Avinash said she’s excited to be heading back to work in a month, but she still hasn’t found a child-care spot for her daughter and said it’s unfortunate that the situation is so uncertain.

Government subsidized health care would allow her to avoid compromising on her career in data annotation, while also allowing her to start a Registered Education Savings Plan to plan for her daughter’s future.

“We’d have room to plan so much more for our baby,” Avinash said. “Like getting her to participate in more classes, like swimming or music or dance, while not having to worry about choosing between them.”

Avinash pointed out that half of her salary will currently go toward paying for child care, while much of her husband’s income goes toward all other expenses, leaving them with little disposable income to invest or spend.

In the current climate around child care, Avinash said having a second child would only be possible if she quit her second job, since the cost of care for two children would cost more than her income.

She also points out that, as recent immigrants, Avinash and her husband don’t have close family or close friends who could help them take care of their child.

Leah Copeland, who works in education and has a two-year-old daughter in Edmonton, also said the cost of child care is a major factor in whether her family is able to accommodate a second child or not.

“It eliminates the opportunity to have kids if you don’t have a subsidy,” said Copeland, who pays around $1,100 a month for full-time childcare for her daughter.

“And if you do decide to have kids now we’re having a discussion of who goes to work and who doesn’t.”

She pointed out that there are multiple countries with similar GDP rates to Canada that run great national child-care programs, which in turn support different parts of the economy.

Copeland said she had a positive experience when Alberta’s NDP government introduced $25-a-day childcare under a temporary pilot project.

She said the savings in that program made a huge impact, even as part of a dual-income family.

“We’re both teachers, so we make great money, we have all of the benefits, et cetera, so I’m not saying we aren’t able to afford this, but having said that we’ve also tightened how much money we’re spending outward in our economy.”

Both Avinash and Copeland say they’re in relatively good positions as they both live in dual-income homes, but the current situation around child care is much worse for single parents and low-income families.

“With a family income we still find it challenging. I can’t imagine how it must be for single parents,” Avinash said.

“I just hope that the implementation of ($10-a-day childcare) happens fast, because at many levels it’ll help women feel empowered to come back to work.”