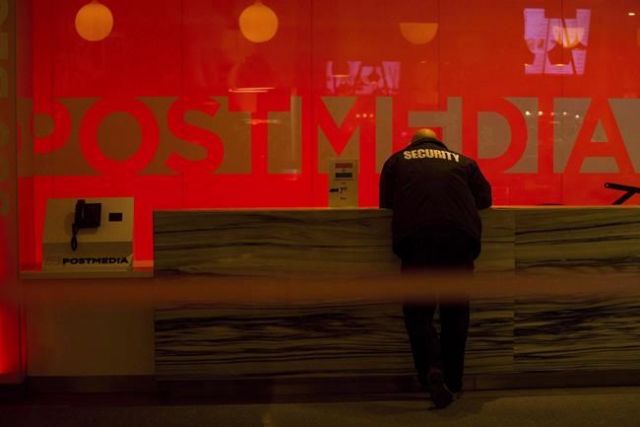 TORONTO — The owner of Canada’s largest group of newspapers says it earned $700,000 in net profits in its second quarter, an improvement from the same time a year before despite a 21% revenue decline.

Toronto-based Postmedia Network Canada Corp., publisher of the National Post and other daily newspapers, says its revenue for the three months ended Feb. 28 was $106 million, down from $134.2 million a year earlier—before the economic impact of COVID-19 was a major factor.

It says the change was primarily due to gains on derivative financial instruments and foreign exchange, higher operating income and lower expenses, partially offset by a $7 million impairment expense.

The revenue decline was attributable to a 29% decrease in print advertising, 21% drop in digital revenue and an 11.6% fall in print circulation revenue.

At the same time, it cut operating expenses by nearly 20% that is expected to save about $5 million per year.

“Our second quarter represents continued progress on our strategy with measured optimism for the future,” CEO Andrew MacLeod said in a statement accompanying the results.

Postmedia says it will reduce debt by $17 million by the end of May, resulting in a decrease of more than 70% of its first lien debt to $67 million from $225 million since its 2016 recapitalization.