The price increase in the North Okanagan last month was just as astounding. The single-family benchmark jumped from $561,500 to $590,700 in February. Twelve months ago, the benchmark figure was $488,200. That represents a 23.4% increase.

“While the pandemic has increased demand, it also created a huge shock to the supply side of things that will take a long time to get back to a healthy inventory level.”

The number of active listings  in the region between Revelstoke and Peachland was down 46% in March from the same time last year.

The average sale price of a single-family home last month in the South Okanagan, which does not use benchmark pricing, was $803,944. That is a 41.8% increase from March 2020. The number of listings in the South Okanagan was down 52% in March from last year at this time. 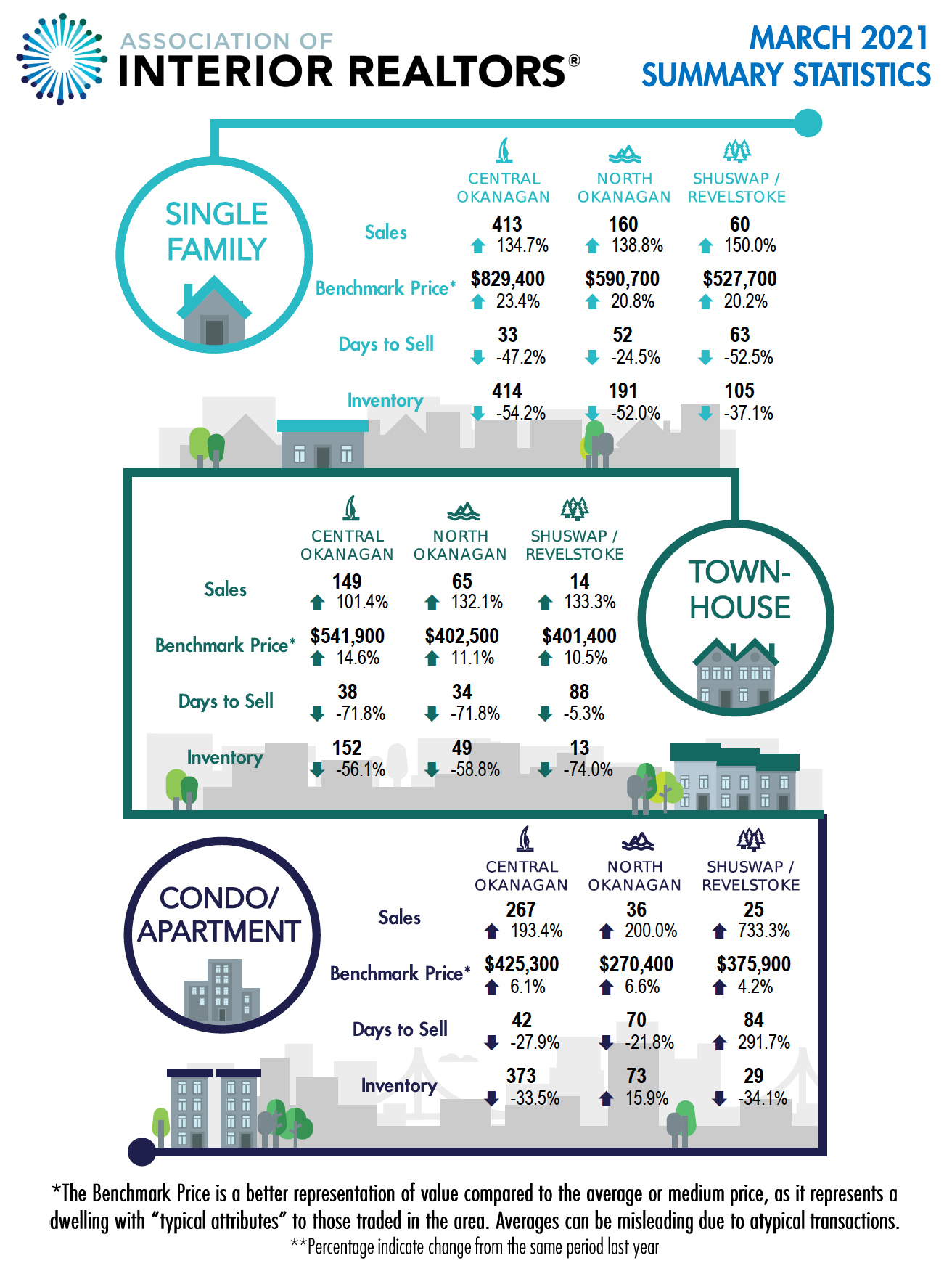