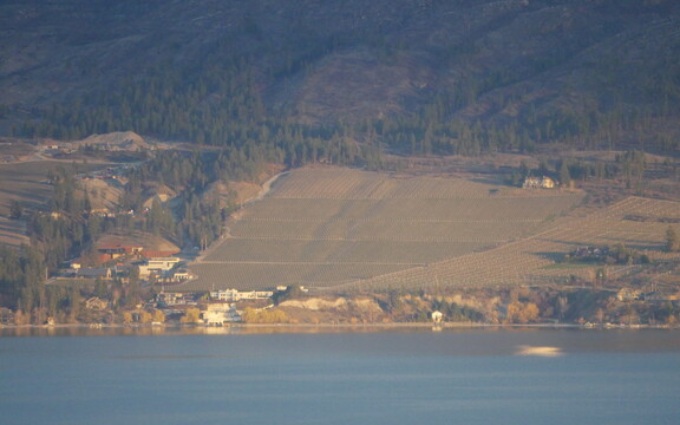 Two wineries at the far end of Lakeshore Road have an application into the province that, if approved, could increase capacity by about 900 people.

Cedar Creek Estate Winery and the adjacent Martin’s Lane Winery have both applied to the provincial Liquor and Cannabis Regulation Branch for a “winery special event area.”

According to signs on the property outlining the application, Cedar Creek is asking for outdoor capacity of 700 people within two separate areas, which would be “event driven only.”

The Martin’s Lane application seeks 120 people inside and 80 outside.

It’s not clear the reason for the application, however, Cedar Creek has hosted concert series in the past.

Some neighbours in the area have voiced concerns the impact so many vehicles will have on the winding section of road, which city officials admit is maintained to rural, not city standards. Concerns have also been raised about the parking needed to host an event with 700 attendees.

Residents within a half mile radius of the properties are able to comment to the LCRB by March 17.

Officials with the City of Kelowna were surprised at the notice, since applications typically come to the city first.

City planning director Ryan Smith says he expects the provincial agency will send the application to the city and the Agricultural Land Commission for comment before issuing approval.

The provincial agency refused to comment on the application to “protect the privacy of applicants and licensees.”

Calls to the wineries for comment were not returned. An email request to the wineries’ parent company, Mark Anthony Group, also received no response.

Even if the application is eventually approved, neighbours won’t have to worry in the foreseeable future since large events have been banned due to COVID-19 restrictions imposed by the provincial health officer.