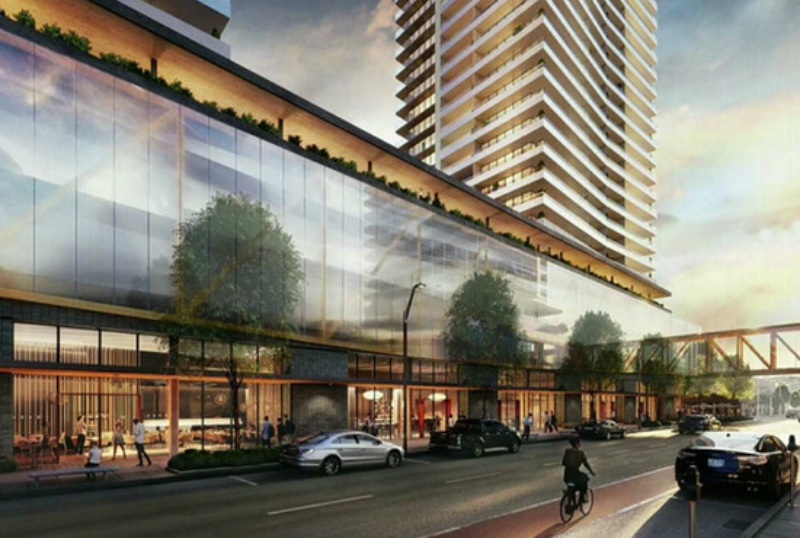 Kelowna city council held its collective nose and, despite many reservations, voted to approve a very ambitious plan to revitalize Leon Avenue.

The proposal council approved will, if built, include towers of 24, 28 and 42 storeys. The largest of which, according to planner Terry Barton, would at 134.7 metres be the tallest building in the city.

The reservations and concerns on the part of council and planning staff were numerous, but council said yes by a 7-2 margin because it would clean up a block of the city which has been a collective eyesore for years.

Barton said the physical form of the 200 block of Leon Avenue is in poor shape and told council if this is the catalyst to be able to transform the street, then the compromises are well worth it.

“Revitalization is not for the faint of heart. There are risks and a leadership position the city needs to take here,” Barton said.

“I have fielded any number of inquiries and development applications on almost every other property in the downtown. I field very little interest in this area of Leon and Lawrence. If this is the project it takes to get this area off the ground, I think we should be prepared to support it.”

Council grudgingly agreed, taking the prospect of revitalizing a depressed street over density and other concerns.

Vancouver-based businessman Anthony Beyrouti, in his brief presentation, talked about his desire to clean up the area, believing the development will be the crown jewel of the city’s downtown.

The plan is for 650 one-, two- and three-bedroom units, and parking for more than 700 vehicles.

He said he hopes to begin selling units soon in what he is calling Water Street by the Park and hopes to have shovels in the ground later this year.

“Is this the perfect project? No, it certainly is not. And while I appreciate the applicant’s optimism, do I think there will be shovels in the ground sometime this year? I’m not entirely sure … maybe,” he said.

“I think is also indicative of, given the sheer mass and density of this, that’s what happens when maybe you have someone not familiar with the local market who overpays for properties, then has to find ways to get the value out of it.”

Coun. Luke Stack said the project may be too ambitious.

“I wish it were something more keeping in size with what I might expect for this site. Pushing the limits to the absolute max in density,” Stack said.

“I wish it was less ambitious, and something I think that would be easier to achieve. He is setting his bar extremely high. But I certainly want to give him a chance.”

Coun. Charlie Hodge, who along with Coun. Gail Given voted against the project, said everybody is fed up with the “decayed state of lower Leon” but said three massive towers are not the answer.

“It’s not right for Kelowna, and I know that in my heart. I have no opposition to high rises in our community … but leave the downtown core and our waterfront alone,” Hodge said.

“We have as a council anguished, and gone through hell and back for the last four or five years trying to deal with downtown.