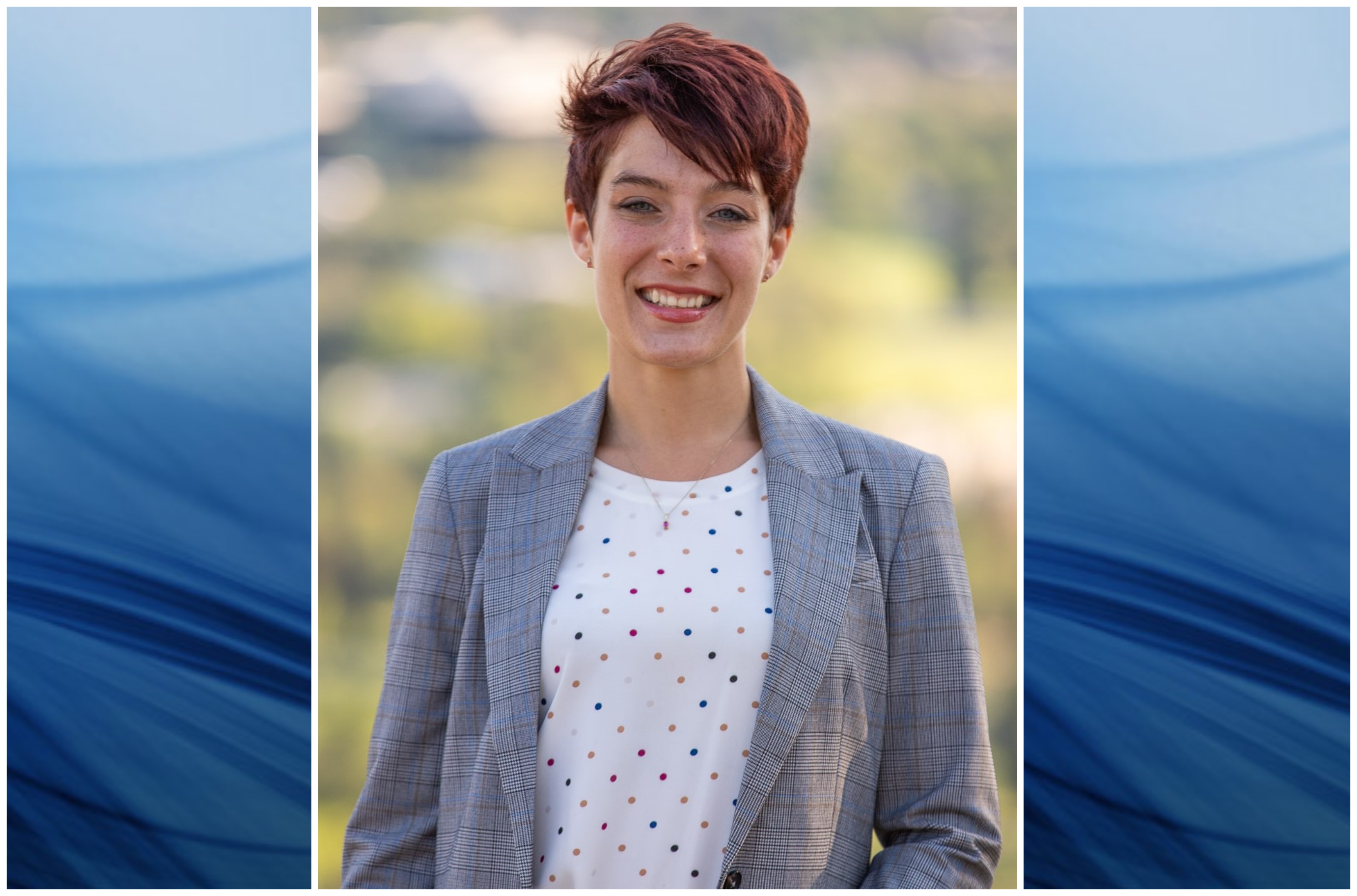 Ester Pike moved to the Okanagan from Vancouver at the age of 16. Starting in a general customer service role at a recycling facility, Pike worked through various positions in the company until she got her first management role. Through that initial experience of climbing the rungs of the business “hierarchy” for six years in a single company, she learned the importance of dedication, perseverance, and authenticity in work regardless of what role you hold.

After experiencing first-hand the critical services of a local charitable organization, Pike decided to make a career shift from for-profit to the non-profit sector. She felt reassurance and pride in knowing that her work was dedicated to supporting those in need in our local community and helping the economy thrive. Over time, through post-secondary and volunteer experience, she began taking on roles that better utilized her experience and education, which has resulted in her current work with the Kelowna Women’s Shelter as resource development co-ordinator.

Pike’s passion for volunteering and non-profit work began after her family was personally helped after their apartment building caught fire in 2013. Pike’s family was essentially left homeless and, were it not for the wonderful volunteers from the local Red Cross, they would not have found new housing. It was in that moment that she decided to give back and focus on helping non-profits like the CRC thrive.

Pike went on to volunteer in several roles over several years, including being the community connector for the South Okanagan and a member of the human resources team for emergency relief during the Fort McMurray fires and Syrian refugee crisis. Currently, her volunteer time is predominantly usurped through board work as she is the membership director of JCI Kelowna and is on the executive committee of the Association of Fundraising Professionals Okanagan board.

Over the years Pike has received many recognitions, some of which include but are not limited to: Leicester University Award recipient for excellence in career application, a certificate of merit for outstanding service from the Canadian Red Cross and a letter of acknowledgement from the Minister of Immigration, Refugees, and Citizenship for HR support during Syrian refugee crisis.

I am doing my best to have a well-informed approach to the current situation surrounding COVID-19. I do have loved ones who are immunocompromised, so I know how hard it can be to navigate our new realities, but I want to make sure that I have a proactive mindset. It will take a community to get through this, so my focus is on doing my part to help stop the spread.

Where are you now? Are you still working, at home or at work?

This is something that has been evolving over the last few months. Initially, I was working fully from home, but as we’ve managed to receive more information and flatten the curve a bit, I am in the office more frequently, albeit with a mask on.

You mean apart from Dr. Bonnie Henry’s “Spread fun—not COVID-19?” Hard to pick one, but I’ll go with “Changes and progress very rarely are gifts from above. They come out of struggles from below.” — Noam Chomsky.