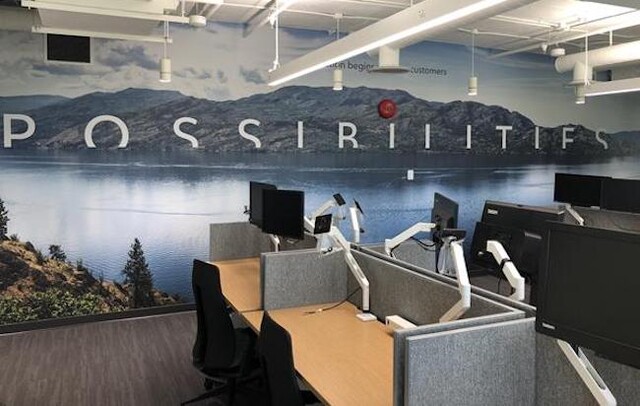 More than 100 staff have already been hired and trained virtually, and the centre is expected to bring 350 new jobs to the local economy by 2021.

All positions will be work from home until the centre can be safely opened, the company said in a press release Friday morning.

“When we first announced our plan to open this new customer solution centre, none of us could have imagined we would be opening virtually, but we could not be more excited to welcome our new team from across the Okanagan region,” Rogers B.C. region president Rick Sellers said.

“Today marks an important step in our plan to deliver the best possible experience to our customers while strengthening our commitment to Kelowna with hundreds of new jobs.”

Employees at the new centre will handle approximately one million customer interactions a year.

The opening also celebrates the new Downie Wenjack Legacy Space inside the Kelowna centre. The meeting space, designed by local Indigenous artists, is dedicated to raising awareness and understanding of Indigenous art, history and culture.