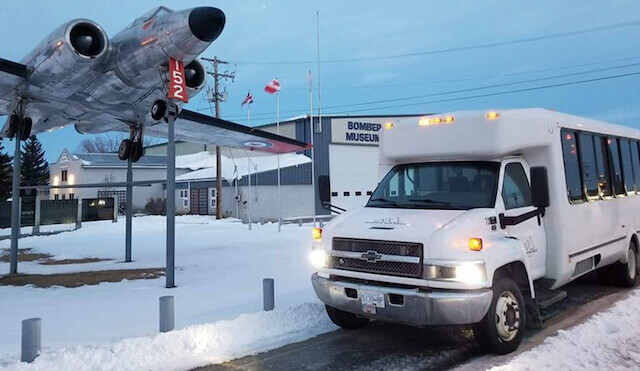 A brand new private bus service that will take passengers from Osoyoos all the way to Kelowna with stops in between hits the road next week.

Mountain Man Mike’s has been working to fill in the void left behind in the southern Interior when Greyhound left and by limitations of the BC Transit system.

Mike’s already operates a route between Kaslo and Kelowna, Kaslo and Vancouver, and Kaslo and Calgary.

Owner Michael Hathaway’s application to add Osoyoos to Kelowna to his growing network was approved this summer by the BC Public Transportation Board.

“There are currently towns that cannot access any [inter-city bus] provider. By adding this currently non-serviced highway section to the Mountain Man Mike’s bus route, this can include eight more communities and provide an alternate route of travel to major metropolitan cities,” reads part of his initial submission.

The board noted that his existing routes have been in place successfully and without issue.

Online bookings for the route are now available for as early as next week, with the first trip slated for Sept. 23, according a Mountain Man Mike’s representative.

The route will operate Wednesdays, Thursdays, Saturdays and Sundays thereafter.

A full trip one way will cost $45, but earlier stops are available at a lower cost—though still much costlier than a full BC Transit ride at $9.

Mountain Man Mike’s is banking on a market for a comfortable ride on one of their 24-seat buses, with no need to transfer in Penticton.

Currently, there is no option to purchase a round trip at a discounted price, but a Mike’s representative said that could be possible in the future once they get a handle on their ridership numbers.

Find out more about the route here.