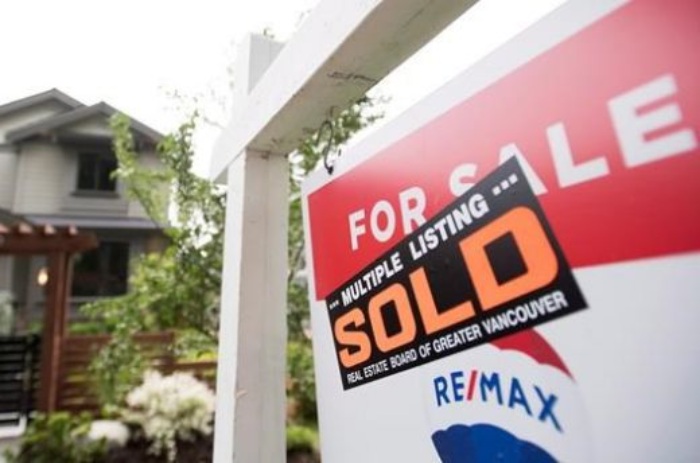 Canada posted record home sales and prices in August, but the increase was uneven, as the housing market levelled off in some regions.

Home sales in August climbed 6.2% compared with July to hit a record for the month, with gains led by the Greater Toronto Area and B.C.’s Lower Mainland, the Canadian Real Estate Association said on Tuesday.

“One change in August is that some regional disparity is starting to show again, after all markets were rebounding in unison in recent months,” wrote Robert Kavcic, BMO senior economist, in a note to clients.

“(Sales) were driven by gains in Toronto and surrounding markets, as well as Vancouver/Victoria, but others like Calgary and Regina have ebbed … We suspect this regional split will re-establish itself as the dust settles.”

The national average home price also set another record in August at more than $586,000, up 18.5% compared with a year ago. Excluding Greater Vancouver and the Greater Toronto Area, two of Canada’s most active and expensive housing markets, lowers the national average price by about $122,000.

Ottawa, Montreal and Moncton saw some of the biggest surges in home prices last month, but prices were nearly flat in Calgary, Edmonton and St. John’s, CREA said.

CREA said that it would only take 2.6 months to sell the houses currently on the market, as housing inventory fell to a record low, especially in Ontario.

“Both number of homes people are buying and the number of newly listed homes are rising significantly. This cannot hide the fact that August 2020 was the worst on record for available housing,” Soper said.

After fears about listing their houses during the height of the COVID-19 pandemic, more sellers are returning to the market. CREA said that in August, new supply outpaced the rise in sales for the first time since May.

Home sales in Canada came to a near halt in the spring due to the COVID-19 pandemic, but have surged through the summer, helped by pent up demand and low mortgage rates. CREA said in addition to a record for August it was the sixth-highest monthly sales figure of any month.

The record-busting sales activity means the housing market has caught up to last year’s levels, despite weeks of inactivity this spring. Year-to-date, sales in August were up 0.8% from the first eight months of 2019, CREA said.

“(The) first half of 2019 wasn’t really anything to write home about,” said Cathcart.

“(With) eight months now in the books and activity showing signs of moderating in September, 2020 is looking like it will go down as a fairly middling year overall – weaker than in a non-COVID world but quite a bit better than we would have given it back in April.”

Soper agreed that 2020’s sales numbers look strong, in part, because the 2019 market was “unusually slow” amid a set of new laws that pressured housing for about 18 months, ending last August. Now, 2020 is set to be another extraordinary year, as banks begin collecting deferred mortgage payments and jobless rates threaten to languish for the rest of the year.

“The residual impact of rising unemployment and the end of mortgage deferrals should have a dampening affect demand overall, and bring some balance to the market by the end of the year. The real question is what happens in the spring of 2021,” Soper said.