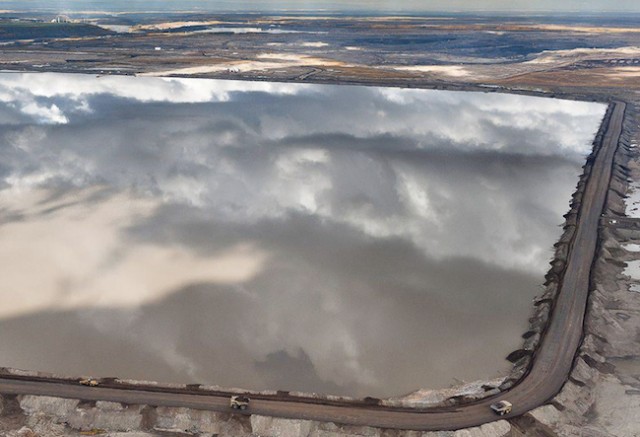 After five years of suffering in eco-zealot purgatory under the Liberals led by Prime Minister Justin Trudeau, the half million or so Canadians whose livelihood depends on the oil and gas industry finally got some good news: The oil sands are now part of the government’s green energy agenda!

O’Regan went on to express support for new pipelines that would allow output to grow by over a million barrels a day next year and continue to rise after that.

In stark contrast to the Liberal government’s previous vilification of the industry, O’Regan lauded the ingenuity of Albertans in finding ways to “draw oil out of sand.”

This stunning reversal couldn’t have been imagined prior to the COVID-19 crisis. Why now?

The answer came in the minister’s own words: “our prosperity and our economy are still highly dependent on it.”

The industry is by far the largest contributor to both gross domestic product and net export revenue, each over $100 billion per year. And Alberta has long been the largest net (money sent versus received) contributor to Ottawa’s coffers, amounting to $95 billion from 2014 to 2018, more than all other provinces put together.

Further spending escalation is a certainty, including help for stretched provincial health-care budgets, cities unable to fund public transportation and hard-hit business sectors. It’s now clear that our national debt will exceed $1.2 trillion, twice what it was when the Liberals came to power in 2015.

The last time Canada faced such an enormous financial challenge was after the Second World War. Back then, demographics came to the rescue: the post-war baby boom, combined with soldiers returning home to help produce desperately needed consumer goods, transformed the economic picture.

Now we have the complete reverse. Decades of collapsing birth rates have created a baby bust, and those same baby-boomers are leaving the workforce and driving higher public spending for old age security payments and elder care.

And yet, as the saying goes, “we ain’t seen nothin’ yet.”

COVID-19 is causing a massive restructuring of vital business sectors.

Retail, which employs millions of Canadians and occupies vast amounts of real estate from street-side shops to malls, faces profound uncertainty from the pandemic-driven shift to online shopping.

Lockdowns facilitated an array of new communication tools that allow many of us to work remotely, emptying office towers. The potential impacts are staggering, including mass unemployment and devaluation of the commercial real estate that underlies both public and private pension funds.

The full impact of these and other post-COVID structural shifts, especially in transportation and accommodation, are yet to be known. But it’s clear they will be profound. Government tax revenues will fall, while the need for support and training of displaced workers will increase.

In the face of such alarming prospects, it seems COVID-19 has fostered an escape-to-fantasy state where reality is magically replaced by an imagined world that is whatever one wishes it to be.

It’s baffling to hear our government declare the pandemic has created an “opportunity for public investment in green restructuring of the economy,” which translates into subsidizing windmill and solar-power companies.

How will that work out?

Navigating these shoals would be difficult enough if our economic outlook had been strong before the crisis. But alas, that wasn’t the case. Statistics Canada data shows that, since election of the Liberal government in 2015, investment in 10 of our 15 major business sectors has dropped by 17%, as both Canadian and foreign investors have fled. More than $185 billion left the country.

This exodus mirrored sharp drops in our performance in both the World Bank ease of doing business ranking and the World Economic Forum competitiveness index.

Reigniting private-sector investment that will generate, rather than consume, government revenues will require a clear and profound reversal of both attitude and action by the current government.

O’Regan’s comments about the oil and gas industry must be followed by clear, early government action. Similar encouragement and action are needed for other resource sectors, including mining, where an Alberta mine expansion proposal has recently seen federal action to stop it.

Here’s a note to new Finance Minister Chrystia Freeland: Achieving private sector investment and job creation is the only hope for keeping the good ship Canada from smashing onto the post-COVID-19 rocks, sinking a nation that held such great potential.

Gwyn Morgan is a retired business leader who has been a director of five global corporations.