The road has been so smooth for Lucky To Go in Kelowna that it is taking the business to the rest of the Okanagan.

Lucky To Go founder and CEO Mandeep Rana said his company has been blown away by the response in Kelowna, so the ride-share business will be expanding its operation to Vernon, Penticton and Lake Country no later than Sept. 1.

Lucky To Go became the first ride-sharing company to begin operations in the Central Okanagan when it launched on Canada Day, and Rana has been overwhelmed by how positive the experience has been so far.

“We would like to thank the people of Kelowna and area for providing the success that we have achieved,” Rana says.

Rana is encouraging anyone who has a Class 4 licence and a vehicle that is nine years or newer to apply to become a Lucky To Go driver in one of the expansion cities. Driver orientation sessions are being held later this month, and applicants are encouraged to sign up for the sessions in Lake Country, Penticton and Vernon. Lucky To Go is also looking for drivers in Kamloops.

Anyone who drives for Lucky To Go is able to be their own boss, because they can work whenever they want to add a little supplemental income.

It’s clear those in the Central Okanagan have warmed up to ride sharing, which is cheaper than taxis and offers convenience through the Lucky To Go app. All customers have to do is download the app, put in their credit card details, and go for a ride.

Lucky To Go offers a continuous student discount and also launches a TGIF promotion every Friday, providing a break on an already affordable transportation option and essentially encouraging people to get out and support local businesses.

Lucky To Go is also doing drop-offs and pickups at Okanagan wineries, which has only added to its successful start in the valley.

Anyone interested in driving for Lucky To Go should download the company’s app for Apple or Android devices and enrol. They can also check out the company’s website here. 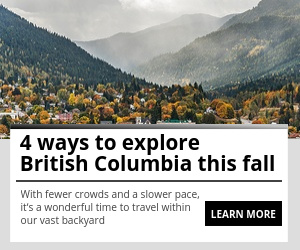