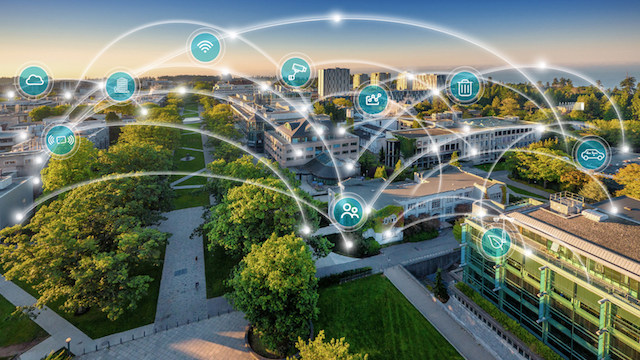 Photo: Rogers
Rogers and UBC have also inked a deal to bring 5G to Vancouver.

The City of Kelowna has something to say to 5G conspiracy theorists.

“Some social media accounts have cited reports and studies that have been discredited by the scientific community about the supposed adverse health effects of 5G,” says Jazz Pabla, director of information services with the City of Kelowna, in an open letter.

The city’s announcement of a 5G pilot project about a month ago set off a firestorm of hundreds of negative and skeptical comments on the city’s Facebook page.

This week, the city sent a letter defending the 5G/LiDAR partner pilot project in downtown Kelowna.

“We are interested in finding ways to improve the lives of our residents through technological innovation, which is why we partner with companies, like Rogers, and brilliant young minds, though the research program at UBC.”

Pabla said in the letter that the City of Kelowna takes direction from the federal government on the science and health aspects related to 5G networks, under Safety Code 6. The science-based standards are in line with those used in other parts of the world, including the U.S., EU, Japan, Australia and New Zealand.

The Rogers 5G network for this pilot project is using the radiofrequency (RF) spectrum that is currently used for 4G – the spectrum we currently use for smartphones, tablets and wireless hotspots.

The city says it is not making money from this project.

“Others have misreported that we are using this pilot project to track specific people, like in camera surveillance, which is impossible considering the LiDAR technology being used,” she said.

More information is available about the project at kelowna.ca/intelligentcity.

“With so much information available at our fingertips, it is important to stay vigilant, seek out reliable and reputable sources, and question what we read or are told,” said Pabla.