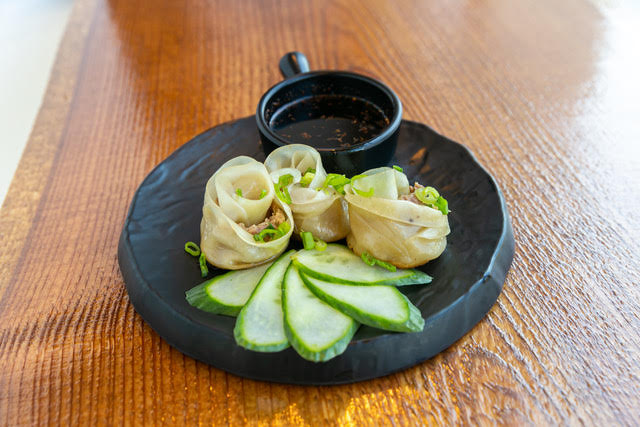 If there is one positive thing about opening a new restaurant at the start of a pandemic, it’s that the expectations are low.

Aria Yen and her husband, Levi Hsu, opened T-ONE Restaurant in March, hoping to take advantage of its premier location on ground level of The Shore development across from Kelowna’s Gyro Beach. 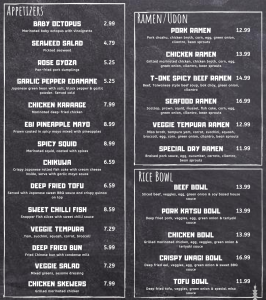 COVID-19 shut down the world just as T-ONE opened, so Yen and Hsu spent the first few months polling their customers to find out which dishes were tastiest and had them coming back for more.

Now that restaurants are open and Gyro Beach is overflowing with locals and tourists alike, T-ONE is ready to be the place to visit in Kelowna for the best Asian fusion cuisine.

“For the first three months we were still trying to adjust the dishes according to the feedback we got,” Yen says. “We know what the customers like.”

Hsu has spent the last 20 years in the kitchen, so he knows what he’s doing when it comes to Japanese, Taiwanese and Chinese dishes. T-ONE’s drink menu features Korean alcohol, called soju, as well as Japanese beer and sake.

Many of the restaurant’s appetizers are unique originals that were created by Hsu, who at one point during his career owned and operated a food truck in Taiwan.

T-ONE’s menu features all the best in Asian fusion, including ramen, udon and rice bowls. It also has a spicy beef ramen, and Hsu has made his own version of chili oil for those who are looking for a little bit of kick on their plate. T-ONE also offers dry ramen, which Yen says is the perfect summertime dish. The plan is to add sushi to the menu next year, as Hsu has also been a sushi chef during his career.

T-ONE is located on the northeast corner of The Shore, which is the six-storey, mixed-use development now open across from Gyro Beach.

“We put a lot of effort in the design of the restaurant,” Yen says, “the decoration and the furniture.”

For those who are not yet ready to eat in a restaurant, T-ONE dishes can be delivered directly to your door via Skip The Dishes or NINJANow.