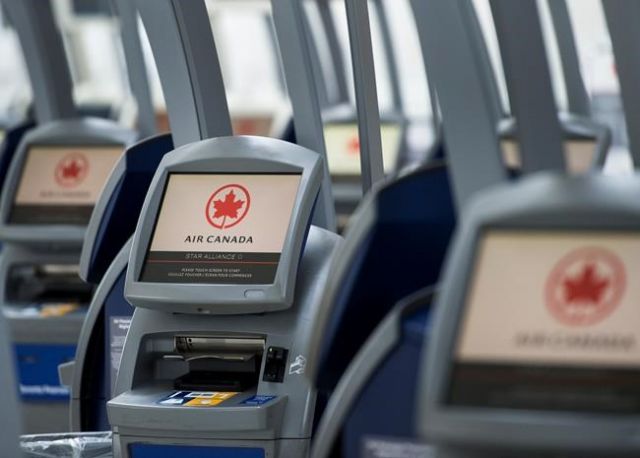 MONTREAL — The head of Air Canada on Friday accused the federal government of imposing “one of the most severe aviation lockdown regimes in the world” and called for lighter travel restrictions after the airline suffered a $1.75-billion loss in the second quarter—with uncertainty the main feature on the horizon.

Passenger revenues at the Montreal-based company dropped by 95% compared with the same period last year, while the airline burned through $19 million of cash per day amid a collapse in demand stemming from the COVID-19 pandemic.

He pointed to the blanket ban on foreign travellers, the Canada-U.S. border shutdown and the two-week quarantine required of anyone entering the country.

The CEO also mentioned ongoing interprovincial travel barriers he called “inconsistent” with the Charter of Rights and Freedoms as well as government advisories to avoid non-essential travel, which prevent passengers from securing insurance.

“While needed and appropriate at the outset in March, these constraints still remain in place, unadjusted, despite the availability of more targeted measures that can achieve the legitimate public health objectives. And their combined effect has been to decimate the airline business and prevent the possibility of any real recovery at a time of otherwise fragile demand,” Rovinescu said on a conference call with analysts.

The fallout prompted Air Canada to let go of more than 20,000 of its 38,000 employees last quarter. It also permanently retired 79 airplanes—nearly 30% of its fleet—and grounded others to reduce its seat capacity by 92%.

The company suspended all service to the U.S. for most of May, maintaining an international presence in only five airports abroad.

The runway to recovery looks long. The Canada-U.S. border closure has been extended to Aug. 21, but Rovinescu said that date is “unlikely,” with Air Canada predicting a reopening no sooner than October.

A return to 2019 passengers levels “could well be longer than three years” from now, he said, noting the four-year recovery forecast by the International Air Transport Association.

Air Canada plans to serve 91 destinations this summer, nearly double the number from the May nadir but well under half of last year’s peak.

It is not ruling out further route suspensions or order cancellations for Airbus A220—the former C Series manufactured by Bombardier in Mirabel, Que.—or Boeing 737 Max planes “in these uncertain times,” Rovinescu said.

Tim Sly, an epidemiologist and professor emeritus at Ryerson University’s School of Public Health, said the development of rapid viral tests such as the Spartan Cube—a portable DNA analyzer by Ottawa-based Spartan Bioscience—could be deployed at airports instead of blanket prohibitions against non-essential travel.

“Where you have got the cases low, the value of screening and restricting and monitoring people coming in is clear,” Sly said.

Where cases remain high, as in broad swathes of the United States, a less discriminating ban makes more sense, he said.

The risks of “being confined to an aluminum tube, cheek to jowl” remain, but measures to mitigate those risks—mandatory masks and enhanced cleaning measures on board and a passengers-only policy in airports—go a long way, he added.

On Thursday, the union representing flight attendants asked Ottawa to require airlines to better safeguard employees and passengers against the coronavirus.

The Canadian Union of Public Employees, which represents 15,000 cabin crew across multiple airlines, said Ottawa should go beyond guidelines to hard rules that oblige carriers to hand out N95 respirators and other personal protective equipment to flight attendants along with more flexibility to refuse work for health reasons.

Quarantines are the biggest hurdle for would-be travellers, Rovinescu said, calling for a more targeted approach based partly on country of origin. Those arriving from areas with lower infection rates would not be subject to quarantine, he suggested.

“You can’t go for a two-week holiday and then have a 14-day quarantine because you can’t take a month off if you have kids that have to go to school,” said the CEO.