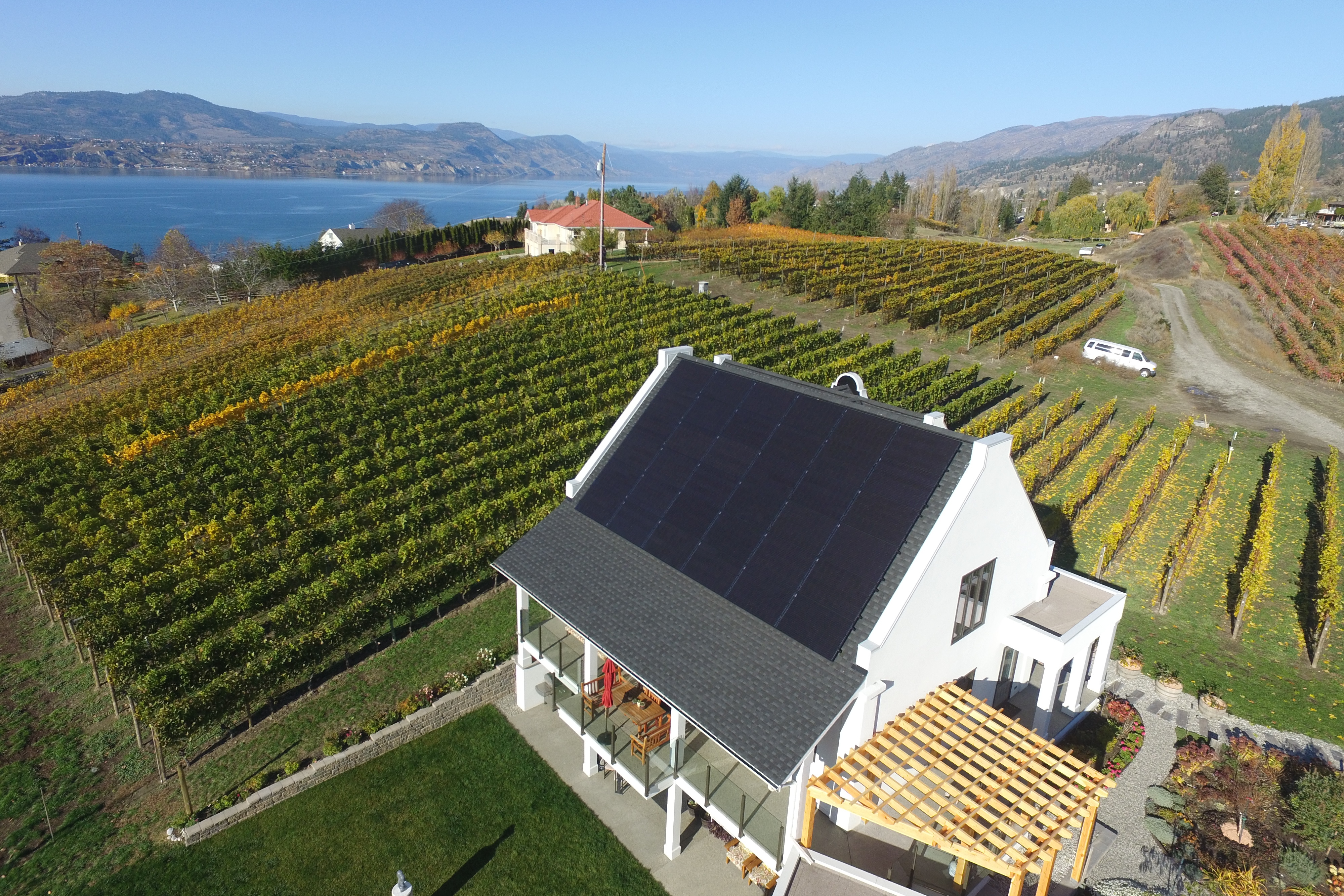 SkyFire Energy began serving the Okanagan in 2001, and the relationship is getting only hotter.

The solar energy company, which has installed more systems in Western Canada than anyone else, is right at home in the sunny Okanagan and has been busy saving energy for people from Vernon to Osoyoos for the last two decades.

SkyFire Energy has nine full-time employees in the valley. That includes the company’s vice-president of operations, Landon Aldridge, who was born in the Okanagan and is also a part owner.

The company has worked with Okanagan College on all of its solar-related projects, many of the local school districts, and just recently SkyFire installed the panels for Kelowna’s newest middle school, Canyon Falls. The company, which also has locations in Calgary, Edmonton and Regina, also completed B.C.’s first utility-scale project, SunMine, in Kimberley.

“We’ve done some of the more complex, more architectural solar projects in Western Canada,” Aldridge says. “That’s really where our expertise is. We want solar to look good.

“All of these systems are actually individually designed and engineered. That’s something that we do in-house. We actually have four engineers on staff.”

The local business is also proud of the fact it is the only one in the valley that is certified to install the Tesla Powerwall, which is essentially a home storage system. Tesla vehicles are prevalent in the Okanagan, so it’s only fitting that SkyFire has brought more of the company’s technology to the region. 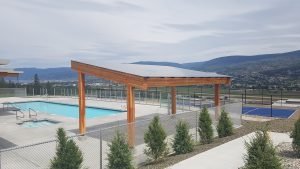 “The Powerwall will help customers with backup power through power outages,” Aldridge says. “It would allow them to essentially run off grid, with the utility as backup. And should or when Fortis decides to change to time-of-use billing, then the Powerwall is well suited for that application. That would allow you to run off of solar and storage during the peak rates.

“… The Powerwall uses the same batteries that are in the Model 3 vehicle. That product is definitely superior to anything else on the market, from a technology standpoint as well as pricing.”

SkyFire doesn’t do only large projects and advanced technology like Tesla Powerwalls. It also installs solar panels that will help any family financially in the long run and also allow new home builders attain net-zero energy efficiency by 2032.

“Solar’s not just for those big fancy showcase projects. You can also install it on your typical, single-family home and see great returns,” says Aldridge, who adds it takes between 10 and 12 years for solar users to begin seeing paybacks.

Aldridge and the SkyFire team, who use only journeymen and apprentice electricians, also install solar technology to help clients offset electric vehicle charging. Solar canopies as a shade structure or covered parking are popular requests these days, too.

And if you have any questions about the technology, you simply need to ask Aldridge, whose solar panel system provides 75 to 80% of his family’s electrical needs on an annual basis, including an electric car.

“I ran out of room on my roof,” Aldridge says.