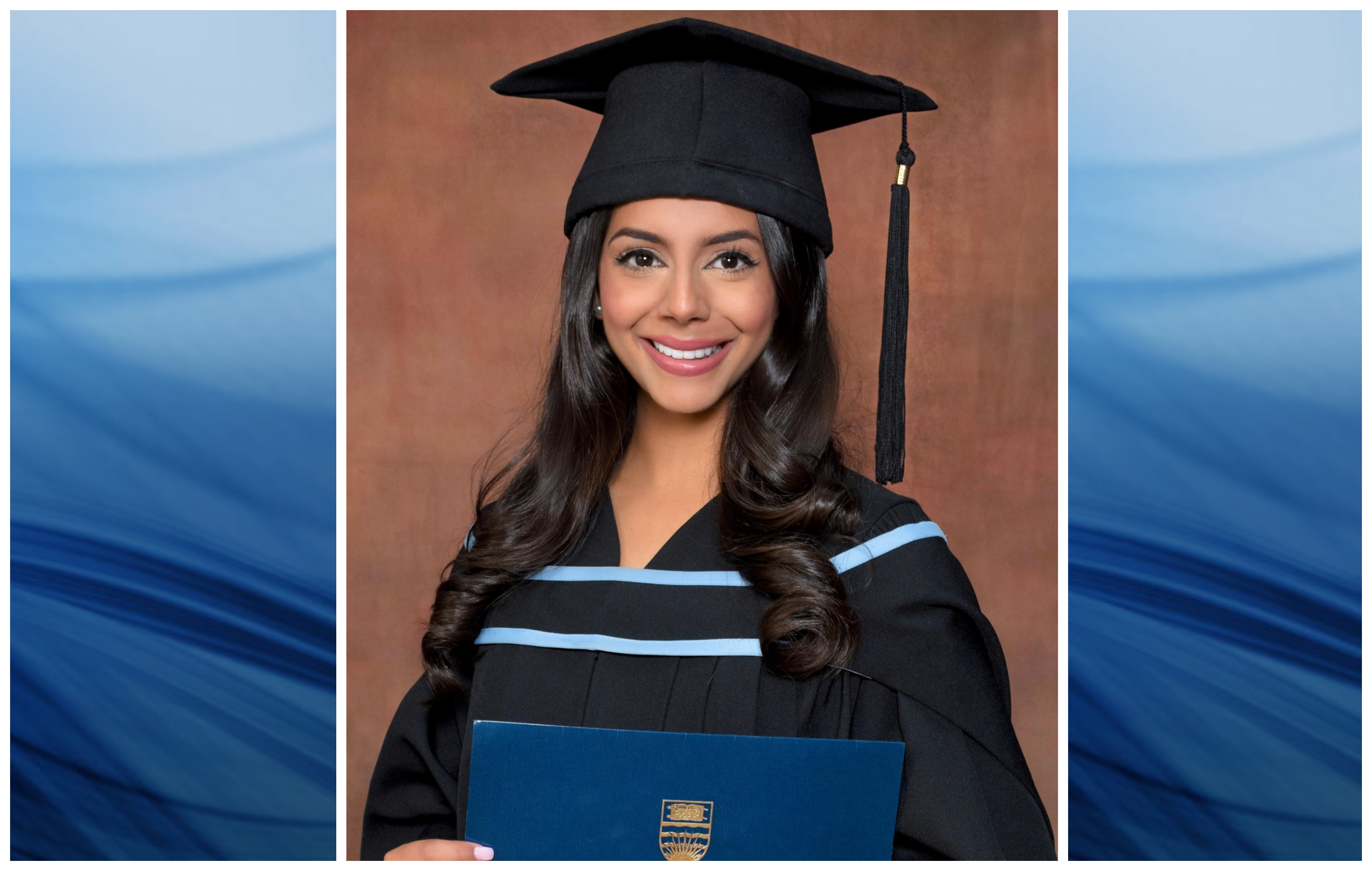 As a visible minority, Navjot Takhar acknowledged that she was different and set out from a young age to inspire other youth to have confidence. Takhar feels very fortunate that her parents chose Kelowna to settle down and begin a family, where she was born and raised.

Takhar’s parents began the family business of Evergreen Building Maintenance Inc. more than 30 years ago. Evergreen operates in various municipalities throughout B.C. and Alberta, and employs 234 individuals. Takhar is proud to be furthering their vision as an accounts manager and oversees client relations within the corporation. She has seen her parents go through a great deal of struggle to build the foundation of this company and later saw her brother play a significant part in growing their vision. After graduation Takhar became more involved with her parents’ company and is grateful to be a part of a business that contributes to the community and to local charities.

As a previous Miss Kelowna Lady of the Lake and British Columbia Ambassador, Takhar has had the opportunity to truly immerse herself in community service and learn from people from all walks of life. Through these platforms she was able to use her charisma to inspire the youth demographic to pursue post-secondary education and set their goals into plans. Takhar was proud to be the first B.C. Ambassador from Kelowna to take home this provincial title.

Takhar played in both indoor and outdoor field hockey leagues during high school and wanted to give back as a leader. She was a volunteer field hockey coach and taught the Grade 7 girls team at Chute Lake Elementary School. The importance of teamwork and working co-operatively are skills that she was happy to teach young athletes.

Takhar began volunteering at KGH when she was 15, and she has documented more than 550 hours working in several departments. The closest to her heart was the “patient tea and delivery cart.” This was a service implemented in the dementia ward. It was heartbreaking to experience how the aging demographic is neglected; often the patients’ only social activity in the day would be seeing the volunteers drop in with tea and a newspaper. Because of her hard work and dedication, Takhar was selected to be in the promotional Kelowna Hospital Auxiliary video and recruited many peers to give back.

The roles of Miss Kelowna and BC Ambassador entailed extensive volunteer work in various charities, including helping out at fundraisers, walks and retirement homes. Since high school, Takhar has been a math tutor, field hockey coach, science kids camp leader and orientation leader at UBCO to give back her time. Being a part of Evergreen has also allowed her to give back. Evergreen provides numerous scholarships to several different universities through COBBS. It is also proud to financially support several charities each quarter, including the BC Cancer Foundation, United Way and the BC Children’s Hospital, to name a few.

Takhar has a bachelor of science degree from UBC Okanagan, where she majored in microbiology and immunology. She received the Chancellor’s Scholar Award and the Deputy Vice-Chancellor Scholarship during her four years of studies. Takhar hopes to further her education by obtaining her doctor of dental medicine.

Q&A with Navjot Takhar (conducted May 20)

I am optimistic, as B.C. has done well to flatten the curve. As a microbiologist, it has been interesting trying to understand the mechanism of action of this virus. I have been primarily working from home and attending sites as required to meet with clients. To make the most of social distancing and time at home, I have used this as an opportunity to spend more time with my family and further develop my hobbies. I love to go for hikes with my dog, Byron, play piano, tennis and have begun taking golf lessons.