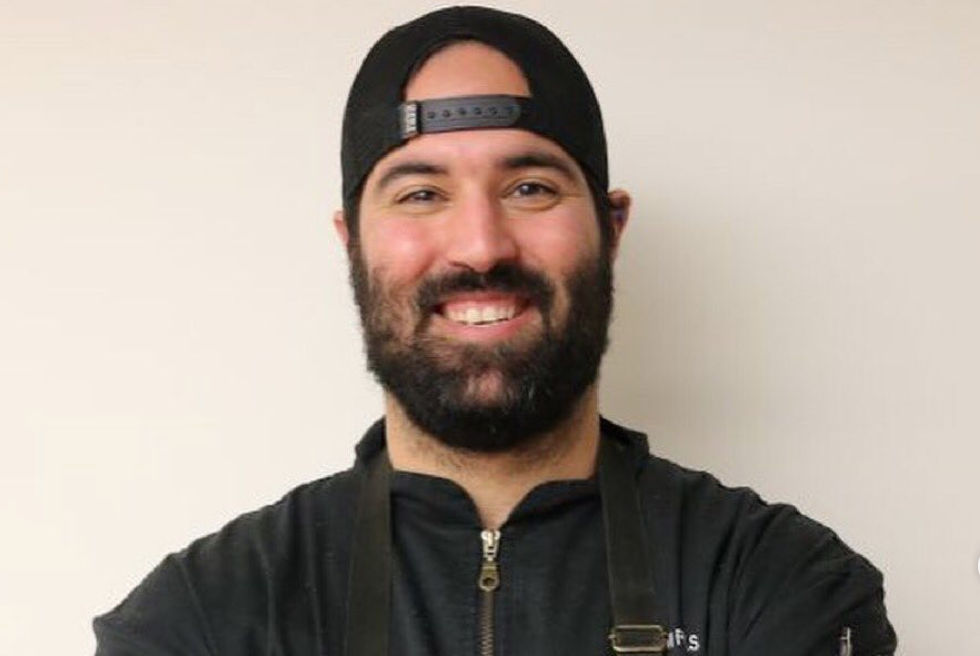 Adam Relvas grew up in the South Okanagan and gained a passion for food through food-focused family events.

Relvas moved to Kelowna in 2004, enrolling in the culinary arts program at Okanagan College. After graduating, he joined the team at Waterfront Wines as a line cook. Following that, he moved on to be the sous chef at both Ricardo’s Mediterranean Kitchen in Lake Country and later the Hotel Eldorado in Kelowna. He then became the executive chef at Monashee’s Bar and Grill and The Kal’s Sports Bar in Vernon for five years.

Through his experience running different kitchens throughout the valley, he has had the chance to work with and train young chefs. Many of these young chefs have gone on to become chefs and managers in kitchens across B.C.

For nine years Relvas has led the kitchen for the Christmas Day Dinner at Parkinson Recreation Centre, which is hosted by Victory Life. Every year he co-ordinates more than 40 community volunteers to serve more than 400 hungry guests. Relvas has had the privilege of being a part of many different charity events across the city, from the Dream Rally to raise money for Ronald MacDonald House, Central Okanagan Food Bank fundraising dinners, events for Kelowna Hospice, JoeAnna’s House, Back to School Bash and Easter Pancake Breakfast events with Victory Life. If a fellow chef is passionate about fundraising for a cause, Relvas is always willing to step up, lend a hand and support a worthy cause.

How are you approaching the current situation?

Right now we feel that it is vital to stay positive, safe and to think of not only ourselves but how we can support our friends, family, neighbours and fellow small business owners during these difficult times. The best way for us to get through all of this is together, supporting each other.

How is your business doing in the current climate?

I am the chef and owner of Relvas Catering and The Sandwich Company by Relvas Catering in Landmark Tower 3 in the Landmark District. We are currently doing our best to adapt to the ever-changing demands and requirements of COVID-19 and doing our best to stay positive through it all. We have transitioned from a la carte service to pre-made meals that guests can pick up and take home to have at a later date. Catering is non-existent at this time with gathering restrictions, but we look forward to working with our amazing clients when this is all over and being there to cook amazing meals for all their parties, weddings and celebrations.

I cannot be defeated, and I will not quit!