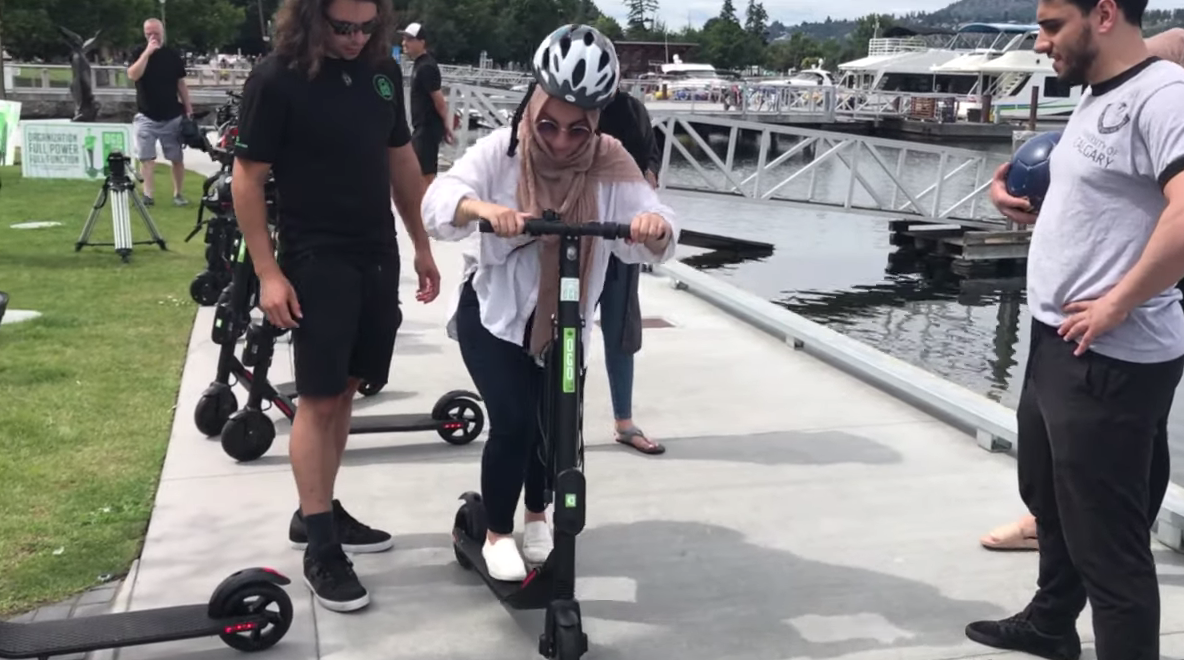 Kelowna is one step closer to having electric scooters roaming all city streets.

The province announced Friday morning that B.C. communities can now submit proposals to the Ministry of Transportation and Infrastructure to test new and emerging transportation technologies as part of a pilot program. Kelowna has already submitted its proposal, and today’s news had the city’s active transportation co-ordinator, Matt Worona, fired up for the future.

“This is a thing that we’ve been waiting on, and we’re real excited about it,” Worona said. “We’re trying to get that full proposal out as fast as they can so that we can get some answers.”

Kelowna has been at the forefront of new and environmentally friendlier ways to get around, and electric scooter companies have flocked to the city in anticipation of the pilot program, which could be implemented as early as this summer. The province changed the Motor Vehicle Act last fall to allow for the program, which would let electric scooters travel in bike lanes and on city streets where no space has been designated for bicycles.

Currently, e-scooters are allowed to travel only on paths that are not part of the Motor Vehicle Act.

“We recognize technology and transportation are changing, and people want new ways to commute,” parliamentary technology secretary Rick Glumac said in a press release. “I look forward to seeing how these pilot projects will help British Columbians access modern ways of getting around their communities.”

Kelowna has already attracted six companies that specialize in electric transportation—four of which rent only scooters. Roll offers both scooter and bikes, while Loop features electric mopeds, which were already allowed to travel in bike lanes and, in their absence, city streets.

“The big change would be having electric scooters able to access all roads, all bike lanes and pathways within the city of Kelowna,” Worona said. “That would enable much of a larger market … to really integrate it into their transportation patterns. Additionally, we also get that data of how these services are being used so we can plan for that.”

Worona said the electric vehicle companies have been stocking up in anticipation of the upcoming pilot program, and he’s not sure what kind of an effect the experiment will have on business.

“I’m not sure if there’s more companies or if the existing companies deliver more vehicles,” he said, “but one of those two.”

Communities have until March 6 to submit proposals to take part in the program.