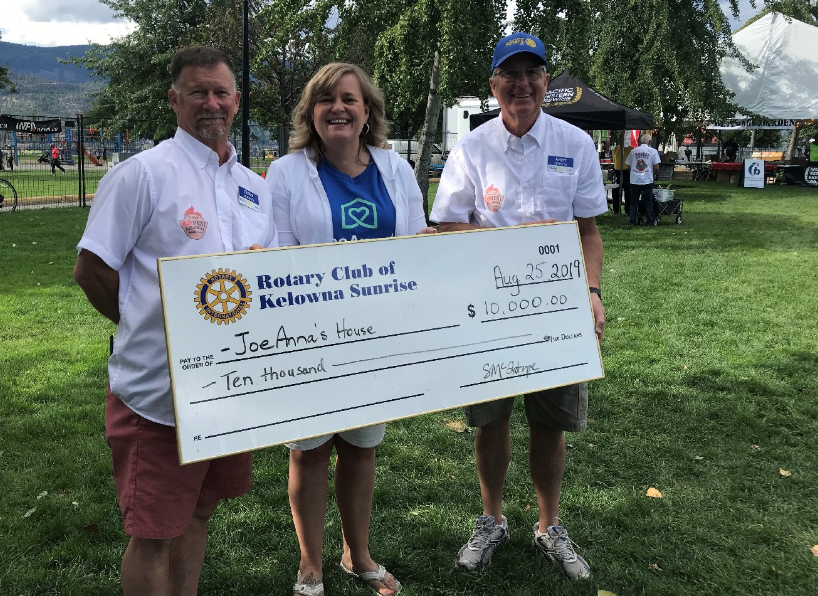 RibFest not only brings the meat.

It brings in the cash, too.

The fourth annual event, sponsored by the Rotary Club of Kelowna Sunrise, raised approximately $80,000 for local charities in 2019. The money came primarily from sponsorships, the beverage garden and the raffle that ran concurrently with the festival.

“The funds raised during Sunrise Rotary RibFest allow us to help local organizations,” president Susan McIntyre said in a press release. “Together we work to make Kelowna a stronger community. There is so much need that we need to raise even more funds in 2020.”

JoeAnna’s House, a facility for families who have loved ones staying at Kelowna General Hospital, has received more than $40,000 of the proceeds from the first four years of the event, including $10,000 in 2019. Since JoeAnna’s House opened two months ago ahead of schedule and under budget, the Kelowna Sunrise Rotarians will soon be announcing its next major benefactor.

The event made headlines in November when protesters chained themselves together in front of Interior Savings, a RibFest sponsor, to protest the company’s support of an event that “destroys our environment and supports farms that have been proven to conduct criminal animal cruelty.”

The other benefactors from this year’s RibFest were:

• Freedom’s Door, a non-profit addiction recovery program for men in the Okanagan that received $23,685 towards its Next Steps program and the repair of a roof.
• Pathways Abilities, which got $10,000.
• Hope for the Nation, which collected $9,025 for its Food for Thought program.
• The Kelowna Women’s Shelter, which received $600 to help host a Christmas dinner and celebration for its clients. Rotarians also provided in kind donations, and prepared and served the meals as well.
• The local chapter of Meals on Wheels, which was gifted $5,000 to purchase food for the meals that the organization distributes to seniors.
• NOW Canada, which used $1,500 to help create a Christmas celebration and provide gifts for the women and their children in their system.
• Connect Counselling and Therapy Society, which received $2,000 for a twice-a-year anxiety counselling program for youth between six and 12 years of age.
• The Opera Kelowna Society, which got $1,250 to fund an additional student scholarship.
• Studio 9 Independent Art School, which was on the receiving end of $1,500 that will be used to purchase a folding stage.