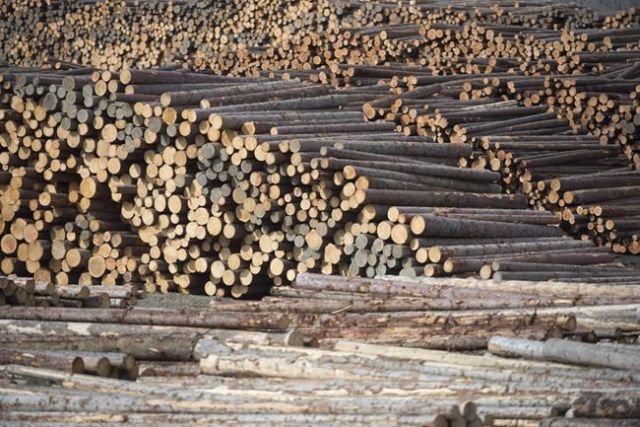 It seems barely a day goes by without an announcement about layoffs, temporary closures or permanent mill shut downs in B.C.’s struggling forest industry.

As a result, thousands of workers, their families and many communities have been left facing uncertain futures.

“It’s unfathomable to think of the carnage that’s already happened, let alone what will happen this winter,” he said in a recent interview. “It’s going to be a very bleak winter.”

Rustad said on a visit to Campbell River a car dealer told him he repossessed 10 vehicles from forestry workers who were out of work. One laid-off worker asked him if he could keep his vehicle until Christmas and sold the dealer a load of firewood to make a payment, Rustad said.

On Vancouver Island, where Mosaic Forest Management announced an early winter shutdown of timber harvesting operations, 2,000 people are out of work indefinitely.

Among those affected are also about 175 workers at a mill owned by Tolko Industries in Kelowna where the plant will close permanently on Jan. 8, while Canfor’s decision to permanently close its mill in Vavenby, north of Kamloops, resulted in the loss of 172 jobs in the community of about 700 people.

“Basically, I would say 80 per cent or more of the coastal forest sector is down,” Rustad said. “It’s not good. It’s really, really tough.”

Finance Ministry budget numbers show forest revenues are down 11 per cent so far this year and projected harvest volumes of 46 million cubic metres are the lowest in years.

The NDP government faced daily calls for action from the Liberals during the fall session of the legislature, which concluded Thursday.

“When will the premier and his government start paying attention and do something?” asked Liberal co-finance critic Shirley Bond, whose Prince George riding is facing about 50 impending layoffs at a mill.

Liberal rural development critic Donna Barnett wants the government to grant payment relief to Sigurdson Forest Products, which owes the province $4.6 million in stumpage fees. She said the company in Williams Lake is committed to paying the fees but needs a temporary stay on the payments to save up to 200 jobs.

“We want to continue to support all of our employees and our local businesses and community.”