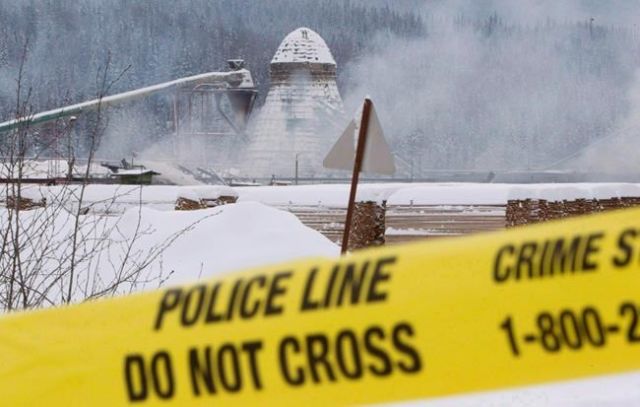 VANCOUVER — A report reviewing responses by the B.C. government and WorkSafeBC after two fatal sawmill explosions is calling for a more streamlined investigative process and news ways for workers to report safety concerns.

Two people died and 19 were injured in an explosion at Babine Forest Products in Burns Lake in January 2012.

Three months later, two people died and 44 were injured in a similar explosion at Lakeland Mills in Prince George.

Vancouver lawyer Lisa Helps was asked to assess how worker safety recommendations were implemented in the aftermath of the explosions.

In her 54-page report, Helps says all the recommendations made in three reports stemming from the incidents have been implemented or partially implemented, and the changes have been largely effective and positive.

However, she recommends restructuring investigative teams to join compliance and quasi-criminal investigators and empowering them to make independent decisions about charge approval submissions.

“The change would make investigations faster, comprehensive and more likely to proceed to prosecution,” she says in the report.

The United Steelworkers has previously accused WorkSafeBC, previously known as the Workers Compensation Board, of mishandling its part of the investigation in a way that prevented criminal charges from being laid in either case.

Helps recommends amending the Workers Compensation Act to remove oversight and approval for charges from WorkSafeBC’s purview and to allow victim impact statements.

“When a prosecution results in a conviction, victim impact statements will give a voice to the affected worker, and publication will allow for all employers to learn about the hazards of ignoring workplace safety,” the report says.

Affirming the independence of the investigative unit would ensure they are not subject to an appearance of bias. New search and seizure powers would ensure judicially obtained warrants preserve the integrity of exhibits and investigations, the report says.

Helps also recommends establishing a confidential database where workers can report safety infractions and designating a worker ombudsperson at WorkSafeBC.

The ombudsperson could assist workers, explain procedures and processes, and be able to provide a bridge to WorkSafeBC for workers ongoing input into safety processes, she says.