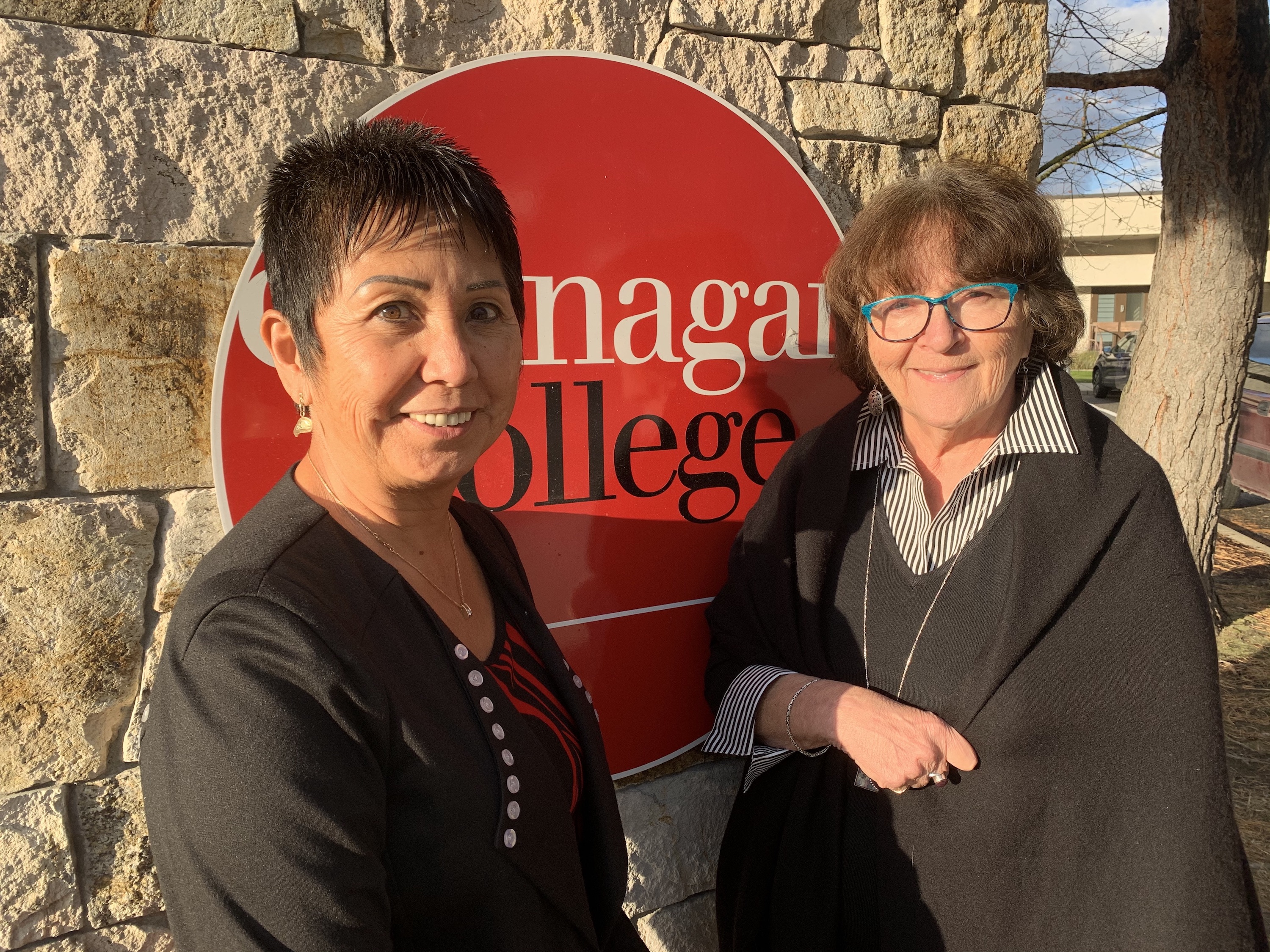 Photo: Contributed
Gloria Morgan (left) and Julie Cunningham are the new chair and vice-chair of Okanagan College’s board of directors.

Gloria Morgan is the new chair of the Okanagan College board of governors.

Morgan, who had been serving as the vice-chair, was elected during Tuesday’s board meeting at the college. She replaces Chris Derickson, who had to leave the position after recently getting elected chief of Westbank First Nation.

“I’m looking forward to serving in this role,” Morgan said in a press release. “With a new building and new programs about to come on stream, and work beginning on our next strategic plan, Okanagan College is at an exciting juncture.”

Morgan has been an RCMP officer, a general practice lawyer as well as a Crown prosecutor. She was chief of the Splatsin Indian Band from 2001 to 2005 and is a former president of the Enderby and District Chamber of Commerce.

Juliette Cunningham was elected vice-chair to replace Morgan during Tuesday’s meeting, which is when Derickson announced his resignation.

“I’ve learned much in my years serving on the college board, including what a vital role the college plays in the cultural and economic fabric of this region,” Derickson said. “I look forward to building on the already strong relations between OC and the Westbank First Nation.”

Cunningham is a former Vernon city councillor and vice-chair of the Regional District of the North Okanagan. She is a business owner with an extensive history of working with non-profit boards such as the Women’s Centre, Junction Literacy, People Place, Museum and the Early Years Council.

Cunningham was also named Vernon’s 2016 Woman of the Year by Vernon Women in Business.