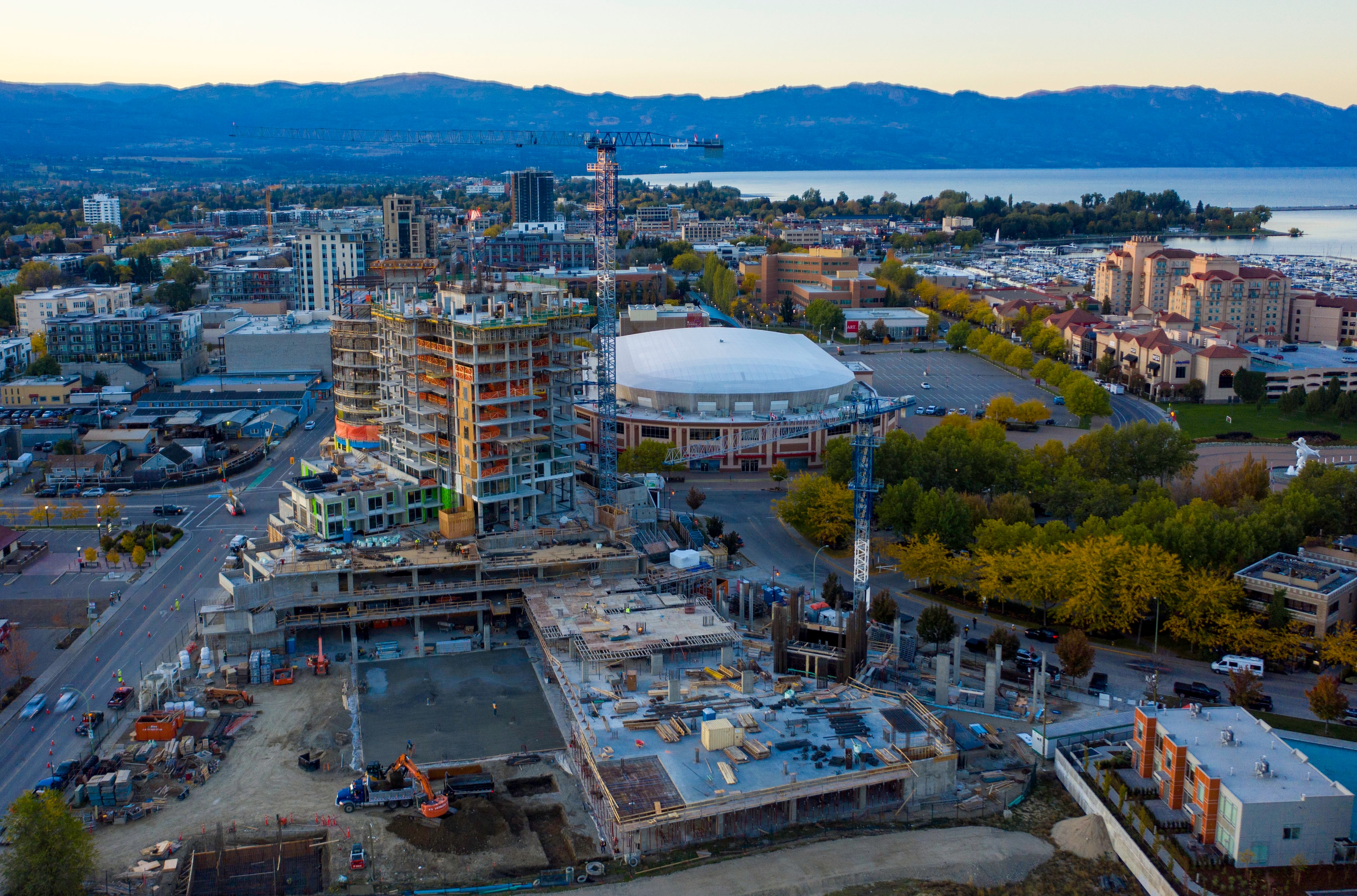 ONE Water Street’s East Tower construction has reached 18 storeys, making it one of the tallest structures in Kelowna.

And it’s only halfway to the top.

“You start to really appreciate how tall this building is when we are halfway up, and we still have another half to build,” Kerkhoff Construction president and CEO Leonard Kerkhoff says.

The 2.9-acre development is a hotbed of activity these days, with three storeys being added every month on the 36-storey East Tower. Meanwhile, the West Tower podium construction is going full steam ahead as well, so that it will be completed concurrently with the East Tower getting topped off. That should happen in the spring, at which time the crew will move over to the 29-storey West Tower and propel it skyward. 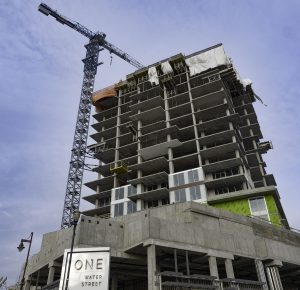 The developers, Kerkhoff Construction and North American Development Group, have already sold 367 of the 427 units in both towers, which works out to more than 86 per cent.

“We feel ONE Water is the best project compared to everything else coming into town, with its plethora of resort-inspired amenities and high level of finishing,” Kerkhoff says. “We have a lot of good products still available for sale, even though we are over 85 per cent sold.”

The desire of residents who wanted to live in the two tallest towers between the Lower Mainland and Calgary is clearly strong.

“It’s already impressive,” he says. “You drive past the project, and it’s 18 storeys and you’re really starting to see the structure of the podium coming together now. And standing back, you can look at the 18 storeys and easily imagine it being twice as tall, and that leaves an impression.”

One of the main attractions at ONE Water will be The Bench, a unique piece of land that will be located between the two towers. It will be situated four storeys above street level, and it will have anything and everything you could possibly want when it comes to enjoying Okanagan urban living.

There will be three pools—a swimming pool, a lap pool and a hot tub—three barbecue areas for large family gatherings complete with natural gas hookups and tables on which to enjoy your meal, several fire pit enclaves and a court for pickleball, which is becoming a popular sport across North America and especially in Kelowna. There will also be dog park, business centre, guest suites for out-of-town visitors, two gyms and a poolside entertainment room.

“We’ve designed it to be a highly desirable place to live,” Kerkhoff says. “And I feel that we are positively impacting the downtown core by adding this very well designed, community oriented, beautiful development.”

It’s no wonder that Western Investor earlier this week declared Kelowna as the No. 1 city in Western Canada to invest in real estate over the next 12 months.

“It has been great to be contributing in such a positive way to the growth of Kelowna the past several years,” Kerkhoff says, “driving new growth into downtown Kelowna and creating this master planned community.”