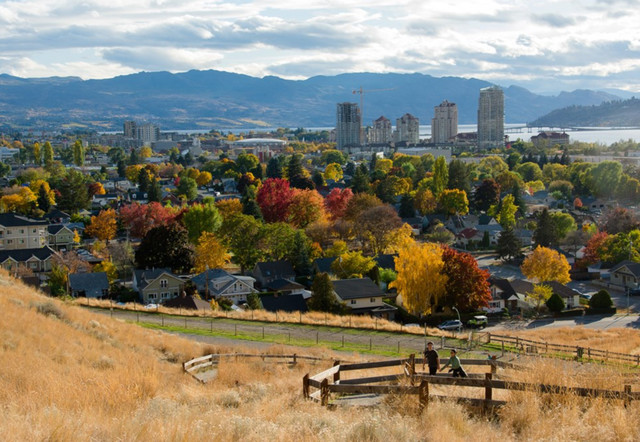 The City of Kelowna’s controversial development cost charge for park acquisition and development is one step closer to becoming reality.

Council on Monday passed an amendment to the DCC bylaw, which the city will now forward to the B.C. Ministry of Community Services for approval.

“We are hoping for a reasonable, quick turnaround,” Kelowna infrastructure planning manager Joel Shaw told council. “We’ve had some preliminary discussions with them. We’re hoping to have it approved as early as December.

“Once approved, we will return to council for bylaw adoption, and once the bylaw is adopted developers will be required to pay the new DCC.”

The amendment added $8.9 million in parkland acquisition for a total of $104 million for parks development. It also removed Ritchie Brook Park from the program.

The bylaw charges an additional $7,180 to each unit built in the city. That’s in addition to the $7,346 already being charged to developers for parkland acquisition.

Home builder Ray Wynsouw, one of three stakeholders who held a press conference denouncing the bylaw the day after it was originally approved in September, was in the council gallery on Monday. He heard council members continue its support for the proposal, with a couple of exceptions. Loyal Wooldridge voted in favour of the original proposal, but he went against the amendment on Monday.

“My concern is definitely in terms of the acquisition to be acquiring more than we can actually develop and continue down that path,” Wooldridge said. “I know the argument is bringing in more people into Kelowna and making sure we have the park space, but for me it’s a challenge to rationalize.”

Brad Sieben also voted against the amendment after doing the same in September, saying it will harm housing affordability. The rest of the council, however, voted in favour once again, saying it was long overdue.

“When you have the opportunity to sort through the rhetoric and explain to them that growth should pay for growth, they understand that concept,” Mayor Colin Basran said. “We run the whole gamut of people who are paying into various buckets to help build a great community.

“So this isn’t being shouldered by one particular industry. It’s being, in fact, shared across the entire community.”

Basran added those who think the DCC on a smaller unit should be less than that of a single-family home are missing the point that those who live in smaller units are the ones who need parks the most.

“The time to phase this in was, as councillor (Luke) Stack talked about, when that council of that day (eight years ago) had the opportunity to do it. The time of phasing or delaying is gone. We don’t have that luxury.

“Something different has to be done, and I believe we’ve struck a balance between industry, general taxation or user groups shouldering the burdens.”

Shaw said developers can get around paying the extra $7,000 if they get moving and get their ducks in a row before the bylaw adoption date.

“For those developers who have their development application in prior to that date, they may be eligible for protection for up to one year,” Shaw said, “provided their building permit or subdivision application is submitted prior to the adoption date and the application is complete and all application fees have been paid.”